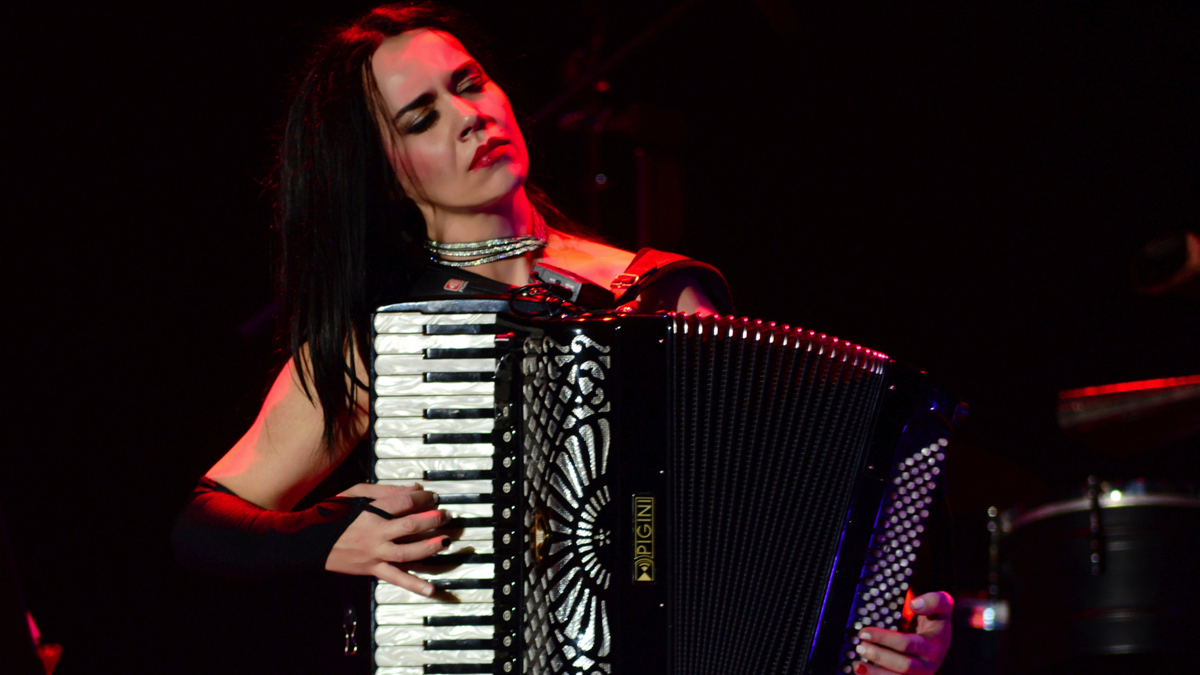 Zoe Tiganouria: “Music is a Universe full of senses”

Zoe has produced more than twenty personal singles and albums since 2006 and has composed several soundtracks for documentaries and television series. Zoe’s compositions and renditions are included in many compilation albums, both Greek and international. Some of her impressive accomplishments include an honorary distinction at the 5th Ikaalinen Accordion Festival in Finland (2009), a Medal of Honor by the Historical Museum of Alexandroupoli for her contribution to the Cultural Heritage of the Prefecture of Evros (2012), and the use of her compositions as background music in the video projections of the “Giuseppe Sciacca” International Awards at the Vatican (2014).

She is the owner of the music production company “Zoe Music Ltd.” and she’s an advocate for the European “100 Mirrors” project for women entrepreneurs.

Tell us a few words about your current work.

I’ve spent this past summer giving many concerts all over Greece. I’m currently in between a series of very successful performances titled “That’s… Life*” at the El Convent Del Arte theatre, in Athens. The show is directed by Manos Antoniou and features a 16-member music theatre troupe. At the same time I’m working on the film music for a Hollywood movie called “Tango Shalom”, while I’m also planning several album releases for the new artists represented by my company.

*A wordplay around her name Ζωή, the Greek word for life. The original Greek title is “Έτσι είν’ η… Ζωή”

What was it that drew you to the accordion?

My love for music and especially that for keyboard instruments. The accordion is a breathing musical instrument that has touched my heart. Its incredible expressiveness fills me with a sense of euphoria and calmness, and has cracked for me the mysteries of all musical riddles!

What do you think is the greatest misconception about the accordion?

That it is the instrument of panhandling in Greece, a concept I’m personally trying really hard to change.

Your current performance incorporates theatrics and music, giving attendees a feeling of the time and era in which songs were created and performed. How did you come up with this idea? Are there any future plans for other such performances?

There are many plans for future musical performances that will slowly take place… I had been toying with the idea for several years, precisely because my compositions and my repertoire run through several different eras and styles! So, I had been looking for the right opportunity and the right partners, to make my ideas come to life, for quite some time.

You’ve worked with many great performers, both in Greece and globally. Is there any particular collaboration that you consider an accomplishment or holds a special memory?

My collaboration with James Brown in 2006 when I was a supporting performer for his concerts at the Lycabettus Hill Theater in Athens, and at the Theater of the Earth (Theatro Gis) in Thessaloniki.

In music itself. It comes in unsuspecting moments and when it does, I always make sure to acknowledge it and take notes so that I can work on things later.

Tell us about the “100 Mirrors”, and the opportunity to serve as a role model to other business women.

As the owner of Zoe Music Ltd., I’m an appointed advocate for the European “100 Mirrors” program. I’m one of the one hundred women entrepreneurs from different European countries who serve as models for other women who wish to venture into the business world and grow their creativity and entrepreneurial skills. I firmly believe that women can accomplish great things at anything they conceive.

Tell us a bit about future plans.

I’m working on a lot of projects at the same time. My main purpose is to enjoy thoroughly any project I partake in, whether here or abroad, and to surround myself with great, talented colleagues―knowing there will be mutual appreciation among us. Other than that, I believe in the popular proverb that says “we plan, God laughs” so despite all my diligent scheduling and hard work, I do take some things as they come!

How can people find your music?

You can find it on all the major digital platforms:

Some tracks are also available on my official YouTube channel. Thank you very much for the interesting interview for Politismos eMagazine!