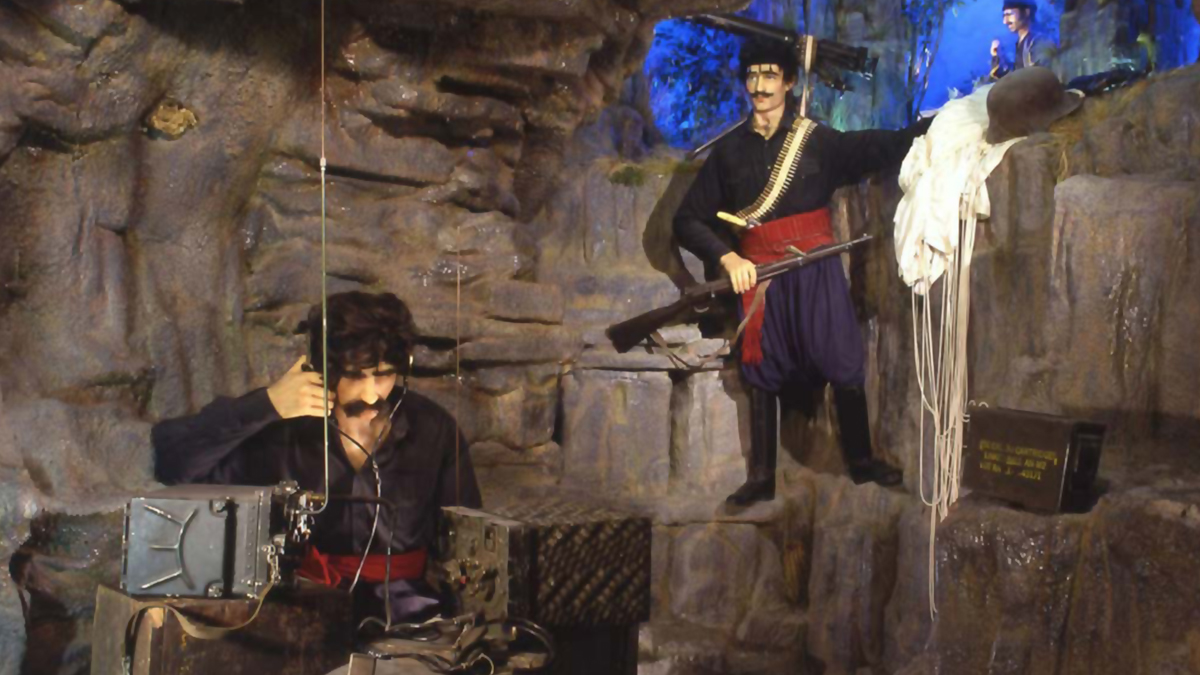 There is nothing more vivid or impressive than wax effigies; these figures captivate your imagination because they represent famous or ordinary people as if they were real. Inspired by this “metamorphic power,” Pavlos Vrellis took the initiative to create a museum of Greek history, wherein he has installed wax figure as exhibits.

The museum is situated in a village called Bizani, located 12 kilometers outside the city of Ioannina, and is worth visiting as it offers an astonishing collection of more than 150 wax models in life size and 37 different themes. Vrellis’ decision to create the museum was spurred by his wish to pay tribute to both the well-known and unknown heroes of the Greek War of Independence (1821) who fought to bring freedom to Greece. Vrellis held the belief that this museum was a way of preserving the identity of the entire contemporary Greek nation; Greek language, Orthodox religion and the nationality of his country. When someone gazes upon the wax figures of the brave heroes, he also becomes a witness to the magnificence of their courage and strength. Vrellis did an outstanding job in recreating scenes out of the past.

The exhibits cover approximately 24 centuries of Greek History, from 500 BC to the modern history of Epirus, although the majority of the figures focus on the Greek War of Independence (1821). For instance, visitors have the chance to admire the Kore Statue, an exemplary statue of a young girl constituting one of the most significant sculpture works of the Greek Archaic Period. There are exhibits of Byzantine mosaics, a form of art that was extremely popular in the Byzantine Empire (330-1443) which was used to decorate great churches like Hagia Sophia.

Vrellis worked 13 whole years, studying various biographies of the protagonists of the 1821 Greek War of Independence in order to design the exhibits himself. He spent a great deal of time researching and gathering a great deal of folkloric data. Meanwhile, he also took photographs of the cities and the places where major incidents had happened during the Greek War of Independence. This immense effort led to the creation of a variety of exhibits focusing on wax figures from before, during, and after the War of 1821.

There are wax figures that belong historically to the pre-1821 period, such as the Association of Friends or Ali Pasha’s Slaughter, and others that belong to the War of Independence period, for example; Theodoros Kolokotronis and Ioannis Makrigiannis.

Additionally, the thematic collections include figures from Cyprus, World War II and Asia Minor. Last but not least, the Museum’s building facade resembles a fortress built according to traditional 18TH century style and creates the best ambiance for its visitors to enjoy the journey of Greek History.

Additional information about the museum/Contact:

Where can I find the museum? 12th Km. National Road Ioannina, Athens, Bizani, and Ioannina.

4€: Organized groups only, Students (with their I.D. card)

Free: Persons with disabilities (please notice that due to the Museum’s unique nature, only accompanied persons are allowed to enter and only with the help of their guardians/caretakers), members International Institutes of Fine Arts (with their I.D. card).

Special credits: We would like to thank Konstantinos Vrellis for permission to use the museum photographs, as well as photographers Yannis Vacharidis and Romilos Parisis who captured the scenes.