Politismos eMagazine | Unsung Heroes of the War of Independence
5719
post-template-default,single,single-post,postid-5719,single-format-standard,ajax_updown_fade,page_not_loaded,,large,shadow2 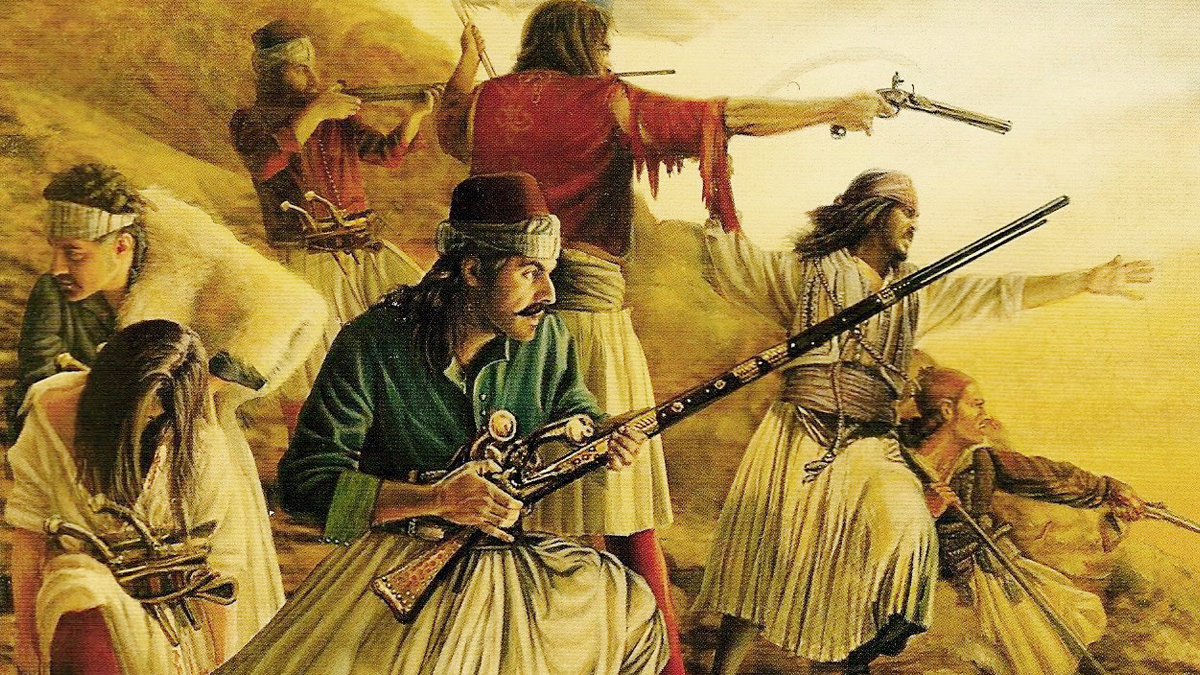 Unsung Heroes of the War of Independence

In 1821, Greece rose up against the Ottoman force and declared its independence. The War that followed inspired the world, made countless heroes and took almost a century for all of Greece to finally be free and united. And while names like Botsaris, Koloktronis, Mavrochmichalis, Karaiskakis, and Boubolina are well known, there are countless others who gave their lives for liberty and freedom in Greece. The Peloponnesian region of Greece is rich with many of these unsung heroes. May their memories, and sacrifices for their country, be eternal!

Κnown for his intelligence, generosity and leadership skills, the son of Pierros Mavromichalis was the last ruler of Mani. While he believed in the favor of France, hoping in for national rehabilitation of the Greeks with the help of Napoleon, he became a member of the Philiki Eteria (Society of Friends) in 1818 at the age of 53.

Although he was much remembered for his contribution to the explosion of the Greek Revolution with the invasion in Kalamata on March 23, 1821, he was present in every great fight (the fall of Tripolitsa, Dervenakia, Messolonghi). As far as his relationship with Ioannis Kapodistrias, he welcomed him at first with great expectations. Soon thereafter came the conflict that resulted in the assassination of the first ruler of the newly independent Greece at the hands of Petrompeis’ son George and his brother Konstantinos.

In the later years of King Othon’s rule, Petrompeis was honored and became councilor and later senator.

Descendant of the noted family Rozakis, from Agios Nikolaos at Melitin, Stamatis Rozakis (or Rozos) contributed much from his side in the liberation campaign of Greece. His family had played a significant role in the Orlov Revolt of 1770 – a major battle that would contribute to the great war in the years ahead.

Born in 1785, he died at the age of 76 with the high office of the commander of the fifth order, (captain), his contributions were recognized after his death and the requests of his descendants (in 1865 and 1872).

Initiated into the Philiki Eteria (Society of Friends) from the very beginning of the Revolution, Rozakis took part in the battles of Tripoli, the siege of Nafplion and the attack on Desfina. The last was the most brutal for him personally where countless members of his family were lost.

He moved quickly through the ranks, making brigadier in 1823, Chief of Staff two years later, lieutenant in 1837 and honored at the age of 53 with an official accommodation.

Present in the invasion at Kalamata on March 23, 1821, Theodoros Mesisklis was one of Mani’ s chieftains in one of the first episodes of the Greek War of Independence.

Father of two sons and three daughters, he was born in 1783 at Nomia of Lakonia, where he passed away in 1840. His skills in the fight gave him the opportunity to quickly advance in his military posts. From a member of the national guard in 1835, he was appointed second lieutenant the next year. In 1837, thanks to his ethos and his patriotic pursuits, he became a captain of the Laconian Phalange.

Receiving a silver decoration in 1844, Anastasios Frantzeskakis, whose family was one of the oldest of Areopoli, proved to be a great asset during the Greek Revolution. His record of service included the battles of Valtetsio, Silenma, Vlachokerassia, Tavias, the siege of Corinthand Tripolitisa.

During the first years of the struggle, he participated in a plethora of battles. By royal decree in 1837 he was proclaimed a lieutenant of the Laconic Phalange.

Before his death, he rose to the rank of lieutenant and in 1881 he received the rank of captain of Phalange. He died at the age of 87 in 1886 as a father of five children.

In a traditional settlement, located less than four miles from Loukadika, on the road to Areopolis, was born a special personality of the Greek War Revolution. Mani’s Himara was the hometown of Ioannis Stratakos, born in 1790 (unknown year of death).

Putting the duty to his country as his first priority, without financial gain (often going unpaid until his soldiers were taken care of first) he bravely and faithfully fought at the side of Constantine and Petrompeis Mavromichalis at the sieges of Nafplion, Tripolitsa, Corinthos and Patras, as well as in the battle against Dramalis in Argos. However his action was not limited to the Peloponesisan region, he also fought in the campaign to save of Messolonghi.

Stratakos was honored with the position of officer of the Phalange and in 1837 he recieved the designation of captain.

Dimitris Katsoulakos (his family name means “a forceful man”) was one of the great “unknown” leaders. Born in 1801 in Kotrona, East Mani, a member of the Sebastianoi – one of the oldest families of Kotrona village. During the War, he fought under Kyriakoulis Mavromichalis’s command and finally returned to Laconia after the death of the latter in the battle of Splantza (1822). In the years after the war he continued living in Xirokampi, Lakonia in an area called Katsoulaika – taken from his name.

The participation of women in the Greek War of Independence did not only have the form of moral support for men in the bloody struggle against the Turks. Many of them had actively participated in the struggle for freedom, sometimes paying a greater price than the men.

Their contributions and sacrifices are insurmountable, and these women served as symbols of dynamism and patriotism that continue to engage in periods of national crisis. Though historians of the time did not document them all, their stories lived on generation to generation. One such story is the elderly woman of Spiriounaina. She hailed from West Mani and was a caretaker of Ilias Mavromichalis, Petrobey’s son. Despite her age (45-50, which was considered “elder” at the time), she followed the elder Mavromichalis in his expedition into Peloponnese (March 1821) to roust fighters and she also worked as a messenger during the siege of Karytaina.