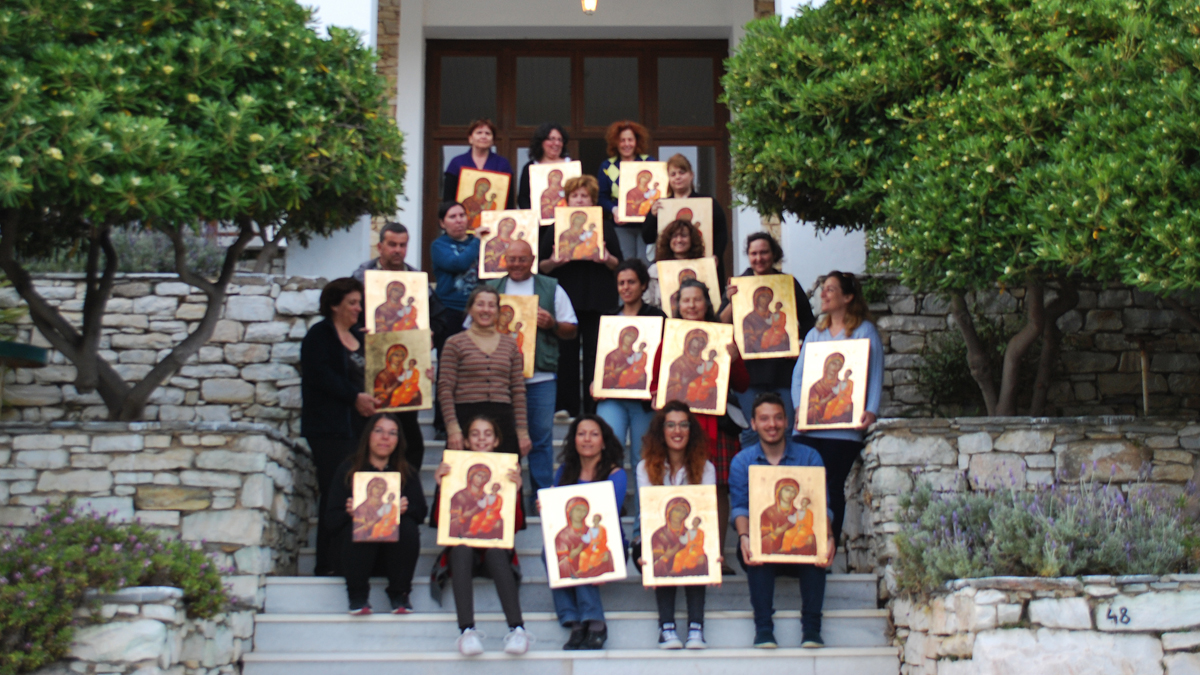 Marina Triantafyllou, “By creating, you are partaking in life”

Marina Triantafyllou grew up in the beautiful village of Lefkes on the island of Paros, Greece. At a young age, she realized she possessed a talent for art. From this, grew the dream of one day owning her own art studio/gallery where she could share her love and passion of all things artist with everyone.

Marina Triantafyllou began her professional career in 1998 by studying renovation and restoration of old, traditional Byzantine iconography as well as murals (Fresco and Secco) at the Christian Brotherhood of Youth Art School in Athens, Greece. Her first works were exhibited at her gallery, “Psemethe” in Lefkes, from 1998 to 2001. During this time, much of her art, such as her icons and frescos, were purchased by, or sent to, collectors, Christian Orthodox churches, and monasteries around the world.

In 2000, she traveled to the United States where she would spend the next 13 years. While there, she expanded her knowledge in different forms of art expression like painting and sculpting. The artist had the honor of being taught by renowned professors of art at the University of California, Davis as well as Fresno City College.

During her stay in California, Triantafyllou was also able to share her extensive knowledge of Byzantine iconography as a guest lecturer at multiple colleges and universities.

Triantafyllou was the president and founder of an art and music organization at Fresno City College that promoted and exposed students’ works in galleries and music studios. This eventually lead to her being elected President ProTem of the Association of Student Government. During this time, she also continued with individual and group exhibitions of her artwork in Byzantine iconography, paintings, and hand sculptures.

In 2014, her nostalgia for her birthplace brought her back to Lefkes, Paros where Triantafyllou now resides and owns her own gallery, Chorochronos (in English it means Spacetime). It’s here where you can find the artist’s work on exhibit.

Visitors will find items like Triantafyllou’s hand sculpted marble jewelry and status, inspired by Greek culture, history, traditions, and religion. She continues to shares her knowledge and passion for art here as well, conducting workshops focused on Byzantine iconography and sculpting for all ages.

In 2015, the Municipality of Paros offered her a space at the House of Literature in Lefkes. Triantafyllou was able to establish a three-month seminar and workshop where she volunteers her time to share her knowledge with anyone from the island who wishes to learn. Triantafyllou gives people the opportunity to share their art with others. This workshop has become a much-anticipated annual event and it continues to grow every year!