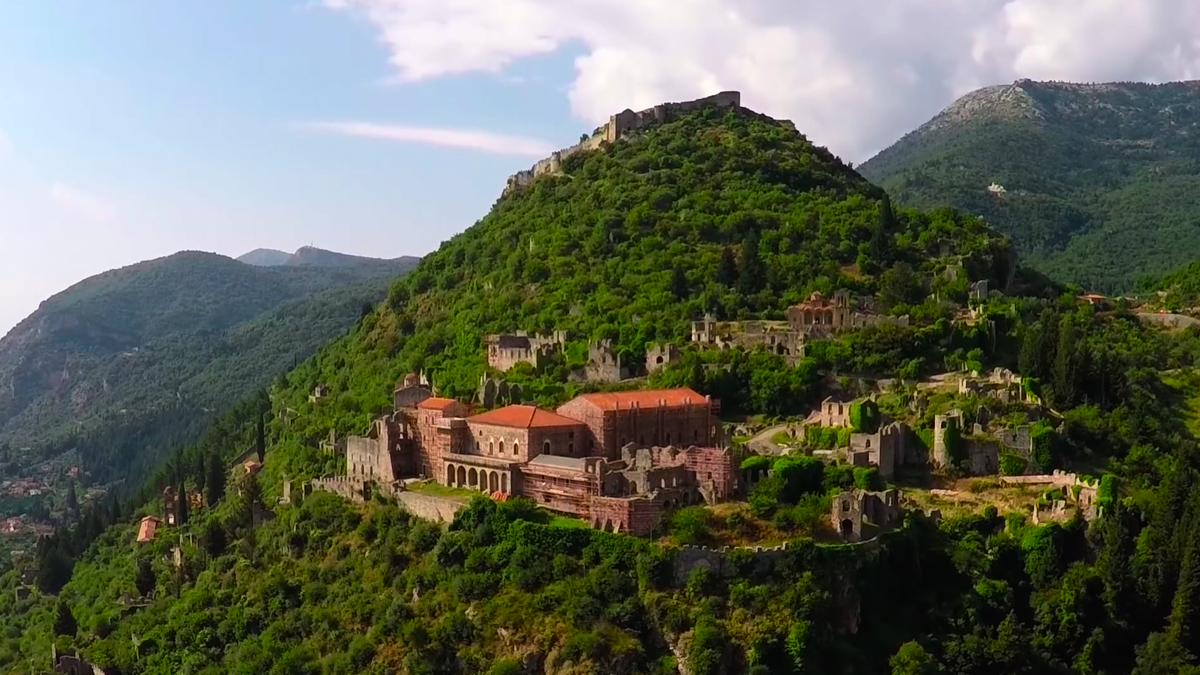 Sparta is a place blessed with rich history, unique nature and hospitable people. Laconia’s natural beauties and history unfold before the traveler’s eyes. Throughout the year, Sparta has offered a view into history and culture, mystical monasteries, strolls on magnificent mountains and a gastronomic journey of Laconia’s traditional dishes.

Reminiscent of a history park, Laconia’s capital is a place where the traveller can admire remnants of antiquity, amazing Byzantine monasteries, and all of which are surrounded by magnificent nature. This is Sparta. In the upper valley of Evrotas river, under the watchful eye of Taygetos, Sparta looks calm and is always hospitable. The modern city is relatively new – it was built in 1834 by King Othon, in the same place where ancient Sparta once lay.

On the way to Mystras

An alternative route to the Byzantine castle town of Mystras, starts from the end of Lykourgos Avenue following Magoulitsa’s Bank. After a 50 minute walk under the shadow of grand trees, you will see the first of Mystra’s structures.

And while on your way to Mystras, you will also find the post-Byzantine chapel of Agios Andreas, a lovely ceramic factory, and the ruins of a watermill at the entrance of the village.

Every year, at the end of May, Palaiologea take place in Mystras to honor Constantine Palaiologos. Paleologea is a series of events (including cultural, religious and athletic events) that are held to commemorate the fall of Constaninople, May 29, 1453.

In Laconia, the old ways of preserving food – such as pork, singlino (smoked pork), and sausages – with oranges are still alive. In addition to the aforementioned delicacies, do not forget to taste the region’s most popular dishes: orange salad, tsigarolahana (greens saute with onion), “bardouniotikos” rooster (chicken in tomato sauce based on an old, byzantine recipe), lalaggia (fried bread), and “tsoyhta” macaroni (macaroni with cheese and olive oil served with fried eggs). Diples (sweet made of sheet like dough), lalaggites (fried bread with honey) and samousades (a sweet similar to baklava), are the region’s most common sweets.

Before you go, be sure to get some olive oil, citrus fruit, olives and trahana for home – it is here you will find some fo the very best in Greece!