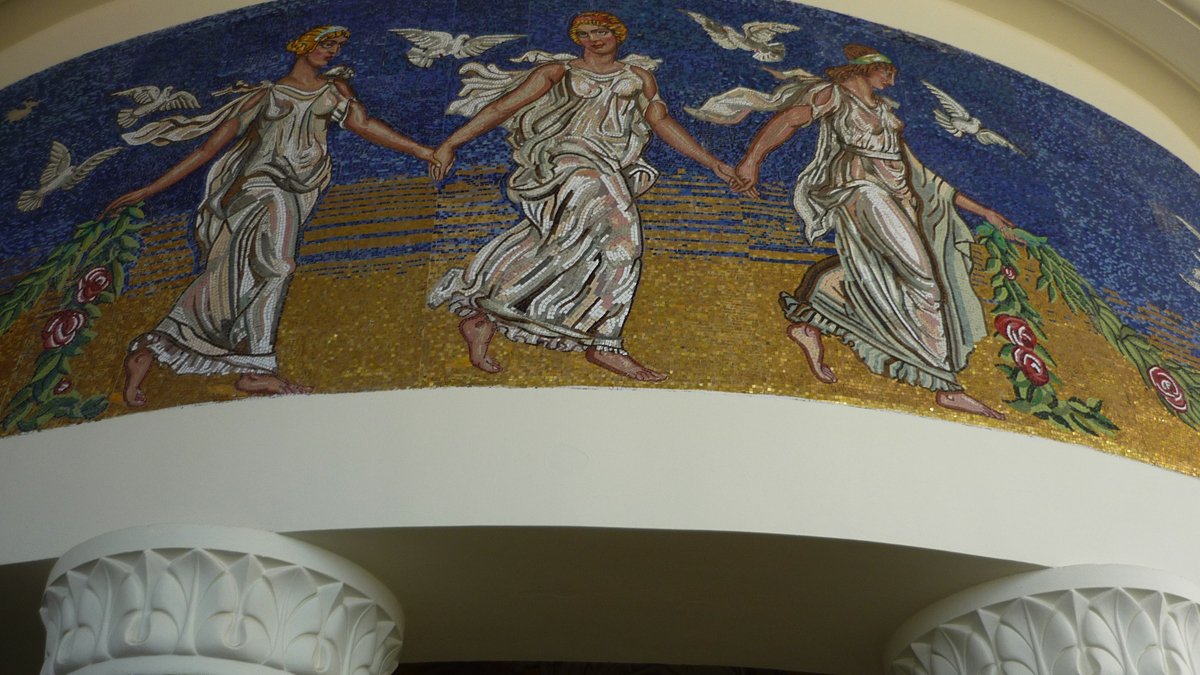 The Water of Life

Thanks to its thermal waters, Loutraki has become well-known throughout the world. Loutraki’s thermal springs, have been called “the water of life” since antiquity. Its rejuvenating qualities were mentioned by the renowned historian Xenophon in his work “Hellenika IV” where he describes Spartan soldiers arriving in Loutraki after battle,
to rest and rejuvenate.

In the imposing round building that hosts the municipal thermal spring you can not only drink the beneficial water, but also see the so-called “Spring of Life”.

A nereid, or water nymph, welcomes the visitor at the spring’s entrance. The mosaic’s sense of depth gives you the feeling that the nereid is entering the building. Another Nereid, similar to the first, is seen near the building’s exit. While you move towards the center of the building you see a pebbled ornamental pool around a rock outcropping surrounded by a row of pillars.

Inside the dome, above the rock, is an impressive representation of the god Helios in his four-horse chariot, flying over the oceans. Next to the chariot is the god of Night along with angels holding torches. On the curved frieze above the pillars are mosaics of the dance of the Dryans, the nymphs of the trees and leaves, accompanied by two children and two satyrs playing music.

The circular design of the building with the vertical narrow windows, was completed in 1934 by architect Leonidas Bonis and represents the cycle of water on Earth. The building’s acoustics are designed so that the percolating water can be heard at every point of the circular building.
The thermal waters are 89-95 degrees Celsius, chlorinated, weakly alkaline, slightly radioactive and considered beneficial to your health. The first chemical analysis was made in 1847 by Giovanni Batista Delviniotis.

The legend says that the area of Loutraki is full of rocks from patient’s kidney stones.