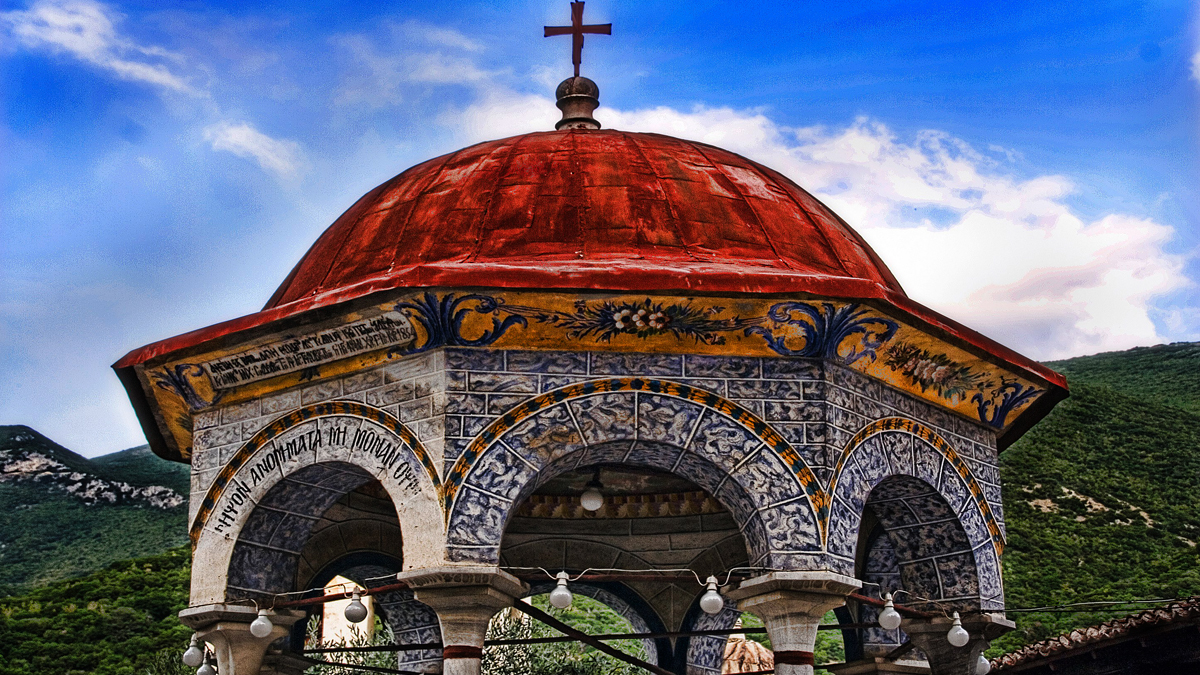 The Monastery of Timios Prodromos

Rare frescoes, along with unique icons, religious relics, and valuable manuscripts constitute the monastery of Timios Prodormos ,an exquisite example of Byzantine and post-Byzantine art.

Found in the depths of the gorge of Mount Menikion, 7.5 miles northeast of Serres, Timios Prodromos (St. John the Baptist) is one of the most historic monasteries of Macedonia. It was founded around 1270-1278 and later renovated circa 1300. The monastery was favorited by Byzantine emperors from the very first years of its existence. With their donations and grants, it gained considerable wealth and quickly developed into a great monastic center.

The church is further associated with the Serbian emperor Stefan Dušan, who was another of its major benefactors. Also, Gennadios II Scholarios, the first patriarch of Constantinople under Turkish rule (1454–64), retired to Timios Prodromos and was buried there after his death, in 1473.

In Ottoman times, the monastery went through several periods of economic development. It was during this time when several more buildings were added to the complex which steadily grew in its present form of a small, fortified city picturesquely buried in a small hill. The Monastery’s katholikon (the major church building) dominates in the middle of a steep, cobbled courtyard around which the rest of the buildings are organized: living quarters (monastic cells) to the east and south, warehouses, labs and a bank to the north, a hospital and a guesthouse to the west.

A fortified enclosure comprises the buildings’ outer walls. In the southwest corner, there is a four-storey truss tower while the entrance to the monastery lies in the west side. The katholikon dates back to the 1300’s renovation. It consists of two narthexes, an external one called “Enati” and an interior one called “Mesonyktiko” or “Lyti”. The external narthex has an upper level where we find the single-hall, domed chapel of St. Nicholas. The nave, leading up to the sanctuary apse, has an open rectangular layout and features a dome. The templon is wood-carved and dates back to 1803. It is possible that the nave originally had side-aisles. Nowadays however, two chapels dedicated to St. Spyridon and St. John are adjacent to the northern side while an elongated hall called “Makrynariki” adheres to the southern side. There’s a portico to the west side, with a bell tower in the northwest corner. The rest of the complex buildings date back to different eras (15th-19th century).

The surviving frescoes that adorn the main church building and the chapels, correspond to an impressive period of six centuries and to a variety of mural art styles of the Palaeologan age. Perched in arcosolia (arched recesses) in the katholikon, the depictions of the b to the east side of the external narthex, the Deësis with Virgin Mary, St. John the Baptist, and Archangel Michael to the south, as well as the depiction of Christ Pantocrator above the north arcosolium, date back to 1300-1333. The rest of the depictions of the external narthex, along with two of the interior narthex (the Baptism of Christ on its south wall with a portrait of the Dead Christ on the north), date back to 1345-1370.

The remaining frescoes in the interior narthex are dated to 1805. Modern frescoes of 1803, that most likely cover Byzantine layers, also decorate the main church building. The “Makrynariki” south hall has three layers of frescoes with the predominant one dating to 1630, while the frescoes decorating the chapels date from the 15th up to the 19th century.

Learn more: The Cultural Guide for the Hellenic World Heritage Monuments of the Ministry of Culture and Sports http: //odysseus.culture.gr/