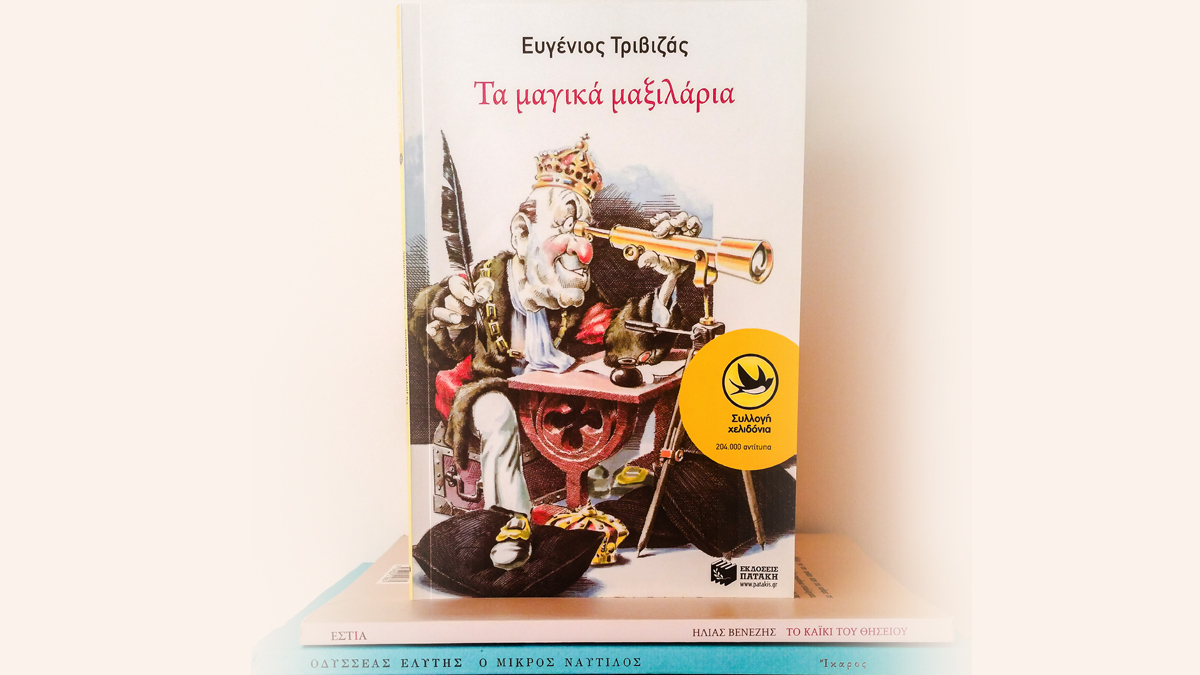 Athens, Greece has been selected as World Book Capital 2018 by UNESCO. In celebration of this designation, we’re sharing some of our favourite authors and books.

For the unfortunate citizens of “Ouranopolis”, King Arpatilaos is on the rather nasty side. He only cares about his twelve crowns (one for each month!) and the jewels that decorate them. He is particularly scornful of all holidays and happy occasions and uses his crow feather to write laws that ensure his subordinates work in the city’s jewel-mines undistracted! The King bans the Carnival, birthday parties, and Sundays… and then watches over “Ouranopolis” with his golden telescope to make sure everyone behaves.

No wonder his citizens hate him and throw banana peels (for him to slip on) outside the palace any chance they get! But wait, what is that? A foreshadowing of disobedience? He and his consultants then come up with a plan to keep things at bay. They give away free pillows that hold an awful secret: the pillows will deprive all who sleep on them of beautiful dreams and instead will fill their nights with sinister nightmares.

So, what happens when Arpatilaos’ evil scheme is implemented? Is there salvation from such a morbid future? What is to become of an entire society that loses hope? And why do our favorite childhood stories ring a thousand bells, and sound way too timely, in our hectic grown-up lives?

The Magic Pillows of Eugene Trivizas is a much beloved book by children, parents, and teachers alike and has been adapted into hundreds of school performances as well as for the National Theatre of Greece (Young People’s Stage, 2009).

At this time, The Magic Pillows (Τα Μαγικά Μαξιλάρια) is only avialable in Greek. Fans of Trivizas work through may find his book The Three Little Wolves and the Big Bad Pig on Amazon.