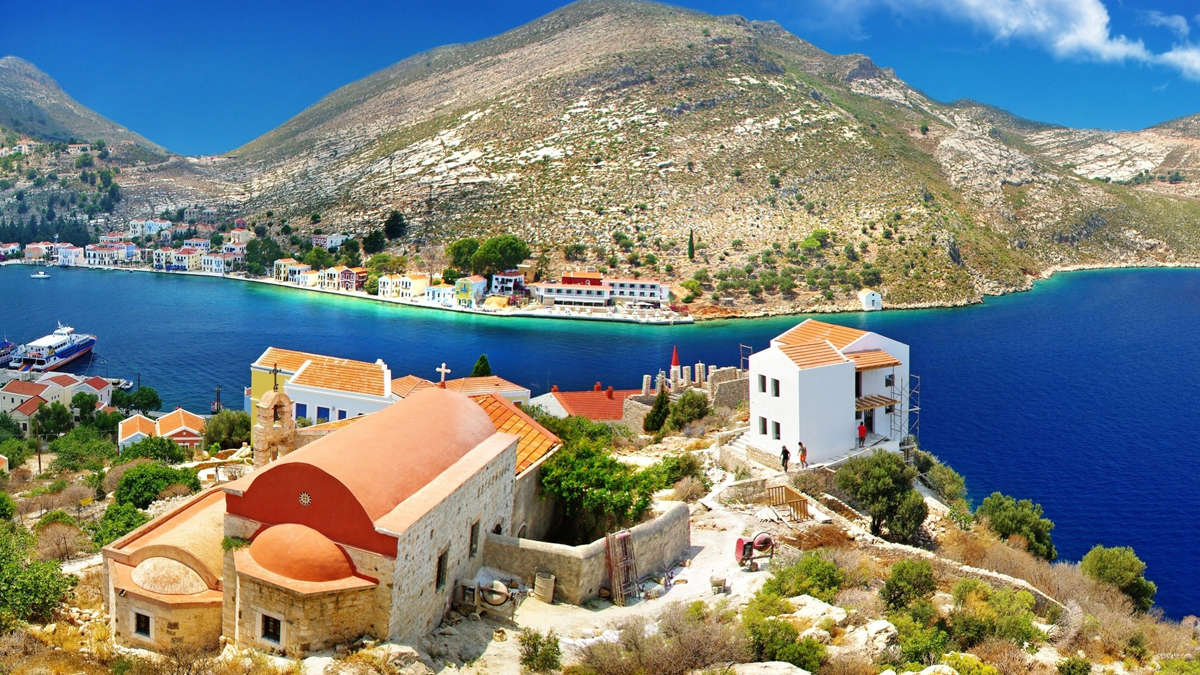 The Holy Places of Kythera

The island of Kythera, no matter how many times you visit, will always give you “one more” reason to return. The holy places of the island are soulful, magical and will call you back again and again.

Our first visit was our summer vacation a few years ago. Sun, sea, baths, rest, and good food were our goals, and we received surprisingly more than we expected. Unfortunately, we simply did not have enough days to take in all the “treasures” that the island has and we wanted to discover. But on a positive note, Kythira operates has many forms of tourism for all the seasons of the year. Religious tourism has long had a strong history on the island. The monasteries have long played an integral part of local life for centuries. So our autumn excursion this year was geared towards, among other things, visits to the monasteries with hope of learning a little about their history.

Our first visit was the monastery of Osiou Theodorou in Kythiris. The monastery is located in a green field just before Potamos, between the villages of Logothetianika, Aroniadika and Pitsinades. It was there a monk in the 10th century A.D., from Koroni, came to the island via Monemvasia to practice his faith. He fell into “eternal sleep” in 922 CE and at the site of his burial, the monastery was built. Osios Theodoros is considered to be the patron saint of Kythera.

Our next visit was to the miraculous Panagia Myrtidiotissa. It is the largest monastery of Kythera and is located in the area of Myrtidia, west of the island, among many myrtle trees. The icon of the Virgin Mary is the most precious relic of the island, and the Panagia is considered to be the protector of the Kytherians. Descending towards the monastery and passing through the wonderful and majestic pine forests, you will be in awe of the courtyard, its wonders innumerable. The healing of the paralyzed, the rescue of the fortress of Kythera which was threatened by lightning, these are only a few of the miracles. We were stunned as we listened to the Mother Superior share the stories with us. The high tower dominates majestically in the outer space of the monastery; it is truly a wonder to see as it rises towards heaven. The Monastery celebrates its feast day on September 24. The serenity that we felt in our souls, accompanies us even today.

The monastery of St. Elessas, we chose to visit in the afternoon. Built on the south side of the island, the sunset makes the already unique view simply magical. The monastery was built on the spot where Saint Elessa was martyred. Persecuted by her father, Elladio, who did not accept the Christian faith of Elessa, came to find solace in Kythera, but she was chased down and killed in 375 CE. The memory of Saint Elessas is celebrated on August 1.

The St. Moni Monastery is built on one of the highest mountains of the island and overlooks not only the coasts of the Peloponnese, but almost the entire island. The church celebrates on August 6.
The churches in Kythira are countless. Profound history can be found in each, as well as unique beaut in their structure and on the land which they occupy. Be sure to visit:

There are many blessings to be found all about Kythera!