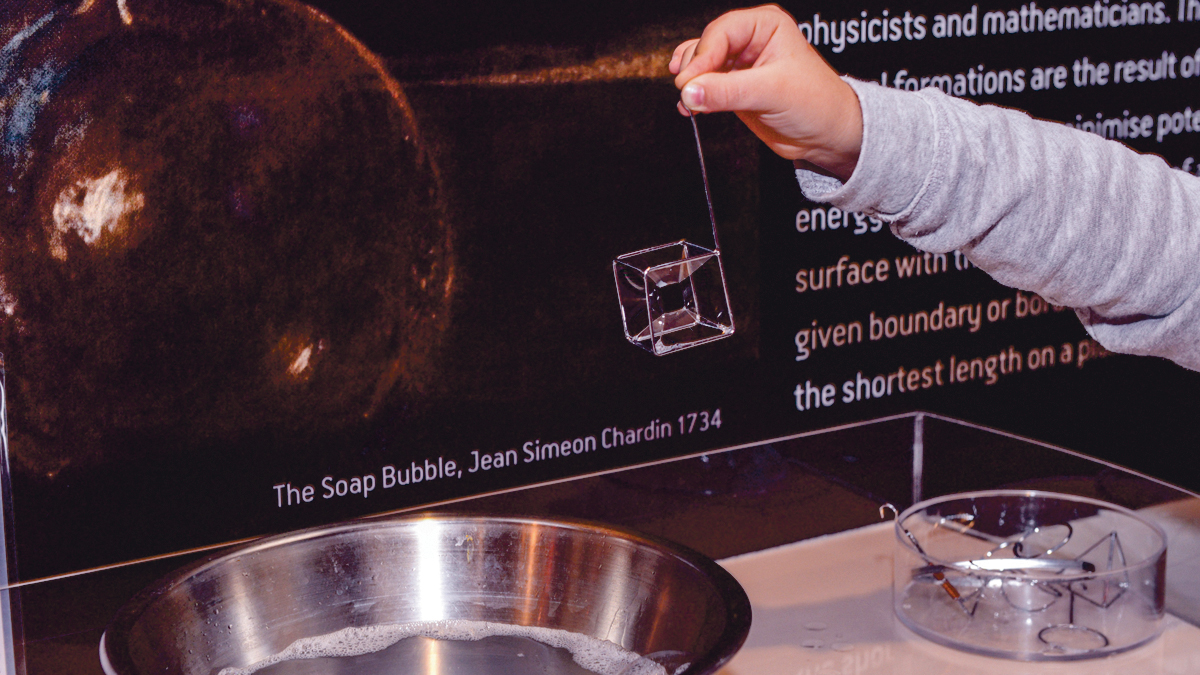 For more than a decade, the Herakleidon Museum has brought engaging exhibits to visitors of its museum in Athens, Greece. It has evolved from an art museum into an interactive education museum for children and found overwhelming success.

In its early years, the Herakleidon Museum (founded in 2004) exhibited extraordinary works of art. The treasures within its collections include pieces by M.C. Escher, Victor Vasarely, and Toulouse-Lautrec. And, its stunning neoclassical structure that dates back to 1898, the museum also hosted a series of popular seminars, workshops, musical and literary events, engaging its visitors in a variety of educational programming.

But in 2014, the Museum made a change in its primary exhibition, becoming an interactive center for popularized science. The overwhelming success that came with the specialized exhibits and activities for children installed has made the Museum a true gem in the heart of Thissio.

Located in the main building at Herakleidon 16, “I Play and Understand” is an interactive exhibit that invites children, and adults, to engage in science, art and mathematics through creative play. The philosophy behind the program is “Science, Art and Mathematics” – to show the true beauty and art that exist within nature, science and mathematics, and how a harmony exists amongst these fields.

The exhibit also offers a historical journey through the most important stages of scientific and mathematical thought, as well as of the arts. Beginning with the pre-Socratic era and the transition from myth to reason, the journey continues with the Pythagoreans, the Eleatic philosophers, Plato and Aristotle, the Hellenistic period, the Renaissance, the conquests of science and 20th century art, arriving at the contemporary science of chaos, dynamic systems and fractals.

The permanent exhibit found tremendous success and inspired the Museum staff to create a traveling exhibit that allows these concepts to be brought into classrooms throughout Greece. Thanks to a special partnership with Celestyal Cruises, the education programs were taken to Milos and Ios sharing the experience with more than 750 primary and secondary students.

Special educational materials and teacher trainings are also available by the Museum and their teaching methodologies are being found now more commonly throughout Greece. In just the last quarter of 2015, more than 400 educators and college students in teaching programs took part in the “Educational Dialogues” program where the general teaching principles of “Science, Art and Mathematics” interdisciplinary and interactive learning were presented and discussed.

The exhibit “I Play and Understand” was designed by a group of university professors and researchers in the field of Mathematics; these individuals were not only knowledgeable, they also had great passion for the topics. Their fervor emanates from every aspect of “I Play” and one can only imagine that they have indeed inspired a new generation of Science, Art and Mathematics enthusiasts.

In addition to their permanent ex- hibit, the Museum is also hosting “The Amazing Inventions of the Ancient Greeks” in their Annex Building now through May 6, 2016. The exhibit presents functional models of some of the most extraordinary ancient Greek inventions, from the “robot-servant” of Philo and the “hydraulic telegraph” of Aeneas to the “cinema” of Hero, and automatic clock of Ctesibius. The models were constructed after intensive study by Kostas Kotsanas who reviewed ancient Greek, Latin and Arabic literature, information as well as vase paintings and several relevant archaeological finds. This exhibition aims to demonstrate that the technology of the ancient Greeks, just before the end of the ancient Greek world, was shockingly similar to the beginning of our modern technology.

Since October 2014, “I Play and Understand” has been visited by more than 20,000 students who have found adventure, inspiration and a desire to keep coming back for more.

To learn more about the Museum and exhibits, visit: