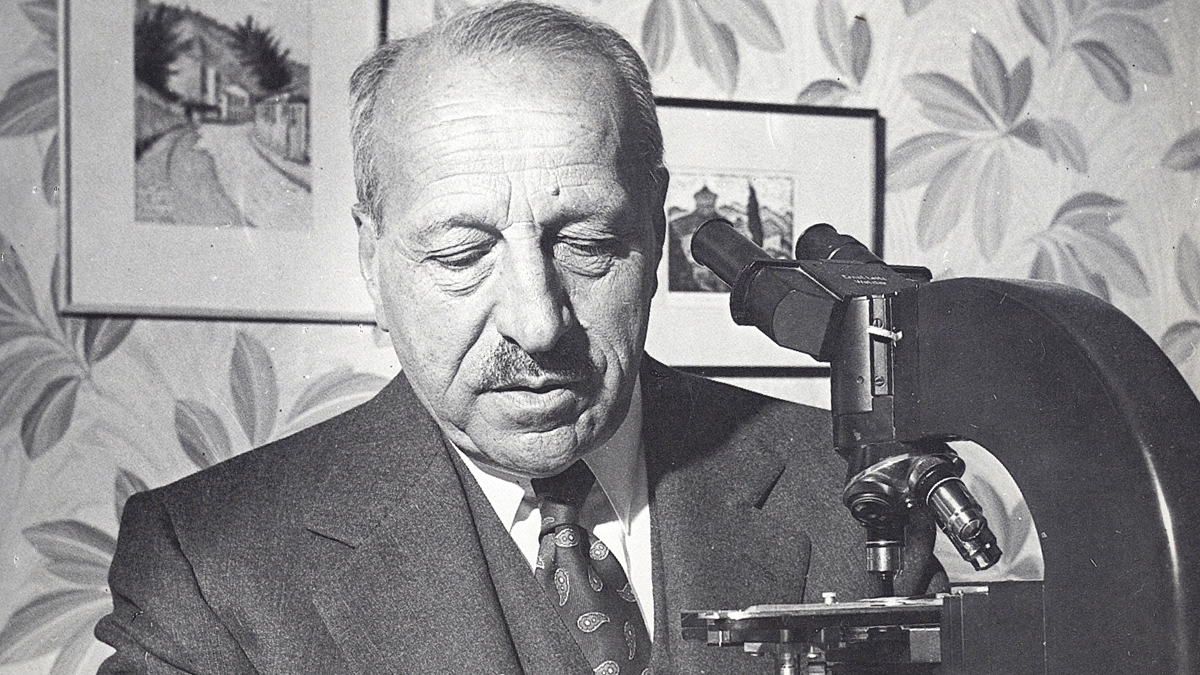 “The first observation of cancer cells in the smear of the uterine cervix gave me one of the greatest thrills I ever experienced during my scientific career.”

In 1925, the cytopathologist Georgios Papanicolaou worked as a researcher at the department of anatomy of the Cornell University Medical College. While studying vaginal smears volunteered by workers at a local hospital, he identified cancerous cells for the first time in a smear from a woman with cervical cancer and confessed it was one of the most gripping experiences he’d ever had. His landmark book Diagnosis of Uterine Cancer by the Vaginal Smear, co-written with American obstetrician and gynecologist Herbert Frederick Traut, was published in 1943 and detailed his findings. The first mass screening program was later launched in Shelby County, Tennessee, in 1952. Over 100,000 women were screened, and 773 were diagnosed with cancer.

The doctor who forever changed the way women are diagnosed with cervical cancer was born in Kymi, Evia, in 1883. He received his medical degree from the University of Athens in 1904 and a Ph.D. in biology and zoology from the University of Munich in 1910. He migrated to the U.S. in 1913, and after a string of low-paid jobs in New York city, he got a job as a researcher in the pathology department of the New York Hospital and the department of anatomy at Cornell University with his wife, Andromachi (Mahi-Mary) Maurogenis, working alongside him as a technician and a test subject.

As a result of his work, Papanicolaou was twice nominated for the Nobel Prize and received the Albert Lasker Award for Clinical Medical Research in 1950. He died in Miami on February 19, 1962 after suffering a heart attack.

“Great Greeks” or “Megaloi Ellines” was a 2009 series, produced by the Greek television network Skai TV based on a BBC format, to feature prominent figures throughout Greek history. In the poll conducted during the series, Papanicolaou was named the second greatest Greek of all time, receiving more than 100,000 votes and beaten only by Alexander the Great. You can stream the episode at http://www.skaitv.gr/episode/enimerosi/megaloi-ellines/2009-05-11-22