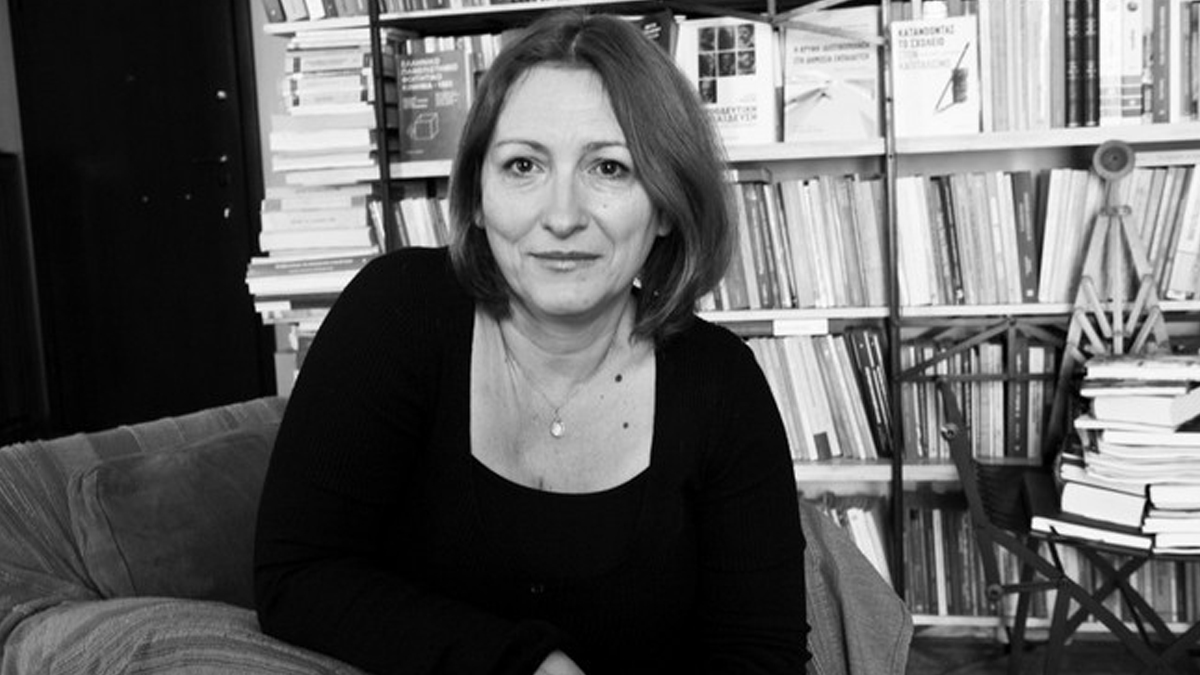 The Great Famine through 6,000 newspaper clippings
An interview with Professor Eleni Nikolaidou

“The Starvation Recipes” book is the result of studying the daily Athenian newspapers—the “Athinaika Nea”, the “Vradini” and the “Kathimerini”—during the Nazi occupation (1941-44). Life in the nation’s capital was particularly nasty, burdened from hunger, retaliation acts, street barricades, and fear. The newspapers took upon the task to offer advice on how to consume less and began publishing “survival recipes” …

When Professor Eleni Nikolaidou began her research on the living conditions of the Athenians during the German occupation, little did she suspect that a nation’s preventive ingenuity in a time of war and current socio-economic events would collide! Within two years’ time, she had studied over 6,000 WWII newspaper pages, discovering more than she was hoping to explore: the people’s resourcefulness in saving food was unveiled bit by bit and their “hunger recipes” turned into a book that—amidst the current financial situation in Greece—inevitably attracted attention.

Q. We know the book came about as part of your research on the overall way of life in Greece, particularly in Athens, during the WWII German occupation. When did you realize that part of the material you had in your hands could be an entity in itself, specifically a book focusing on the eating “habits”/needs of the time?

“The Starvation Recipes” book is the result of a broader research I conducted, studying the daily Athenian newspapers—the “Athinaika Nea”, the “Vradini” and the “Kathimerini”—during the Nazi occupation (April 21st, 1941 to October 12th, 1944). The purpose of the study was to record daily life. The material I have accumulated is sizeable indeed and has yet to be published. Life in the nation’s capital was particularly nasty, burdened from hunger, retaliation acts, street barricades, and fear. Food had disappeared from invasion day one; the German army—completely disregarding local needs—pillaged everything to supply their troops, and despite the censorship imposed on all news sources, misery, death, and despair could not be hidden.

Shortages were immense and food prices in the black market skyrocketed. People, however, had to make ends meet so they devised dozens of food combinations that had never been imagined pre-war. The newspapers then, took upon the task to offer advice on how to consume less! They began publishing “survival recipes” for new foods and food preservation, a set of survival skills if you will. I realized that I had gathered some considerably valuable material when I came upon a piece of advice on how one should not waste breadcrumbs. The actual tip was indeed, to gather crumbs from the table on a daily basis and save them in a jar. By the end of the week “one should have a jar full of crumbs to put into good use”, the article proclaimed!

I was also very impressed by the great variety of recipes on cooking greens. You see the “horta” was just about the only food one could still easily find at the time.

Q.Which of the information you processed, namely which directions/suggestions/recipes made the most striking impression to you?

The truth is, there are many “hunger recipes” and I can tell you most of them are particularly impressive. It is obvious that the people’s imagination reached new highs in their time of need. I really don’t know which to mention first. Take for example the many different recipes on how to cook greens. We have baked horta, horta soup, horta “meatballs”, horta this, horta that! There were articles explaining what a happy event it was that greens were not an easily digested food: this actually meant that the human stomach would have to work harder, so the sense of hunger would be delayed!

Famine, loss of human dignity, terror, and deprivation of freedom forced people to come up with all these survival “techniques”. Here’s an excerpt from the book, to give you an idea:

“Is there a sugar shortage on the market? ‘Take dry figs’ experts propose. ‘Boil them in water and then remove them. Use the sweetened water to make a delicious cherry plum compote without sugar.’ Another interesting tip was how to ‘make grape-must pudding… without must.’ Black raisins come to the rescue! ‘Boil the raisins, strain them, squeeze them and you will have a mock must!’ Another newspaper gave an olive soup recipe: ‘Take some tomatoes if you can find them, mush them, boil them, and then add olives. Consider 5 to 6 olives per person. This makes a delicious soup you had not thought of before!’ Do you have leftover green beans, zucchini, or something similar in tomato sauce (yiahni)? Nikos Tselementes in his column suggests, ‘Chop up all left overs and place them in a pot, add water and some olives, and you can have some delicious soup for dinner.’”

Q.The book was first published in 2011, in a time when Greeks have had to face new financial challenges so it was inevitably associated with the current situation, even though you have stated numerous times that the circumstances are different and can’t be compared. I want to take it a bit further and tie it into global sociopolitical events and needs. For example, could it serve as a valuable guide to the Zero Waste movement? Or to the conservation and sustainability models?

I can assure you that when Athenians de-strung string beans and didn’t throw away the tough fibers but used them for making soup, they had absolutely no clue there would come a time, when zero waste and sustainability would be a concern. The same was true when they gathered carob seeds to make carob meal in the hopes that it would keep them alive! On the other hand, without any hesitation, I can tell you that Athenians at the time produced no waste at all. Everything was used, because everything needed to be used. So, of course they didn’t have a concept of waste management—nobody did back then. What they did, they did to survive. Your question, however, is giving me the opportunity to declare the Athenian example, the first ever application of the zero waste model in history! Their unique way of managing food, produce, and products for so many individuals, for 1,264 days (as long as the Germans stayed in Athens), certainly deserves to be studied further.

Q.How do you propose we approach the guidelines of the Starvation Recipes nowadays? What are we to learn from them?

If you don’t mind me saying so, the book has two different things to teach us.

First, it presents in the most tragic way what war can do to people, how devastating it can be. Because, you know, the book is not just about the recipes—I aimed at showing many different aspects of everyday life during the occupation. I’m referring to suicides, infant exposure, curfews, the daily water and power outages, the transportation services failure, the lack of clothing, the barter economy, and the overall drastic changes in people’s habits.

Secondly, the book contains rare tips and recipes, and even if the ingredients have now changed a little (e.g., they didn’t have eggs or olive oil back then), one can easily adapt nowadays to such a simple way of cooking, if they wish to.

You can find “The Starvation Recipes” on:

Eleni Nikolaidou is a history professor whose research focuses on the field of ancient Greek literature and history. She is a scientific associate for several newspapers and a permanent partner of the educational portal alfavita.gr. She has published numerous articles in scholarly journals and books with some of the biggest publishing houses in Greece. They include three studies on Archimedes, Aeschylus, and Sophocles, an illustrated children’s series on ancient Greek history (“Diagoras the Rhodian”, “The Battle of Marathon”, “The Battle of Salamis”, “The Athenian expedition to Sicily”, etc.), a book on the Olympic Games (“The Olympic Games in Ancient Greece; the unseen sides”), and a dictionary for elementary school students.

All the paper-clippings photos are from “The Starvation Recipes” book.