Politismos eMagazine | The Golden Fruit: A Way of Life
8341
post-template-default,single,single-post,postid-8341,single-format-standard,ajax_updown_fade,page_not_loaded,,large,shadow2

The Golden Fruit: A Way of Life

Welcome back to Politismos’s The Golden Fruit series! Last time, we looked at how the Ancient Greeks harvested olives. This week, we will examine some of the many way they used them! 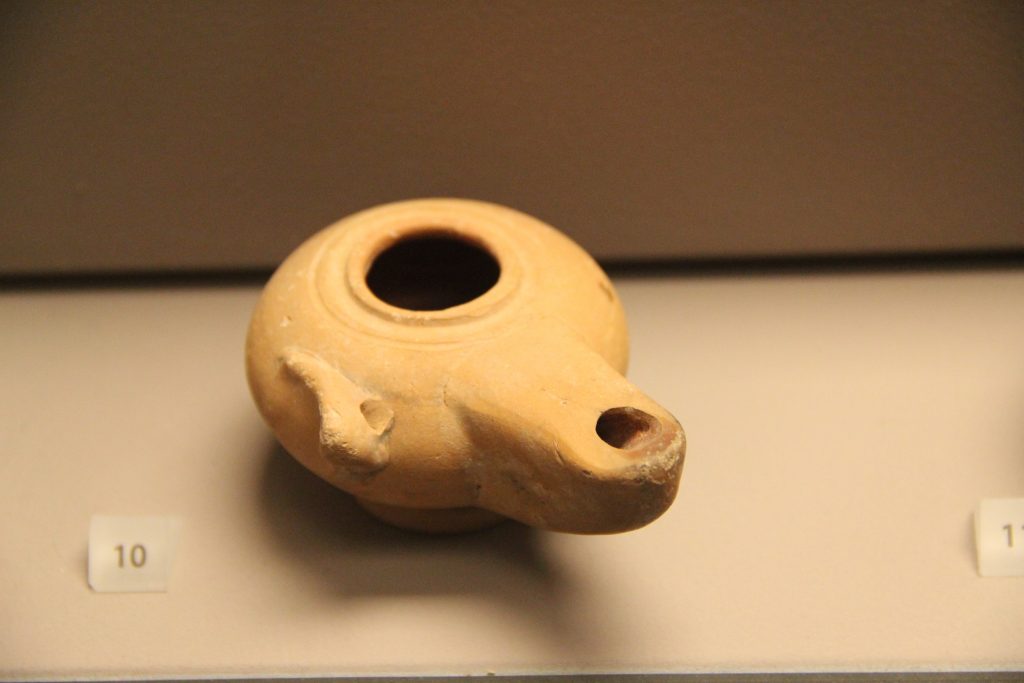 Throughout history, olive oil has been an inextricable part of Greek tradition and culture. Homer, the great poet and composer of the Iliad and the Odyssey, deemed olive oil a “Golden Liquid” and the olive the “Gold of the Ground,” as it is the olive that contributes to good health, warms the spirit and soul, and aids in the longevity of life.

Kings, war heroes and the winners of athletic competitions were crowned with wreathes made of olive branches. The philosopher Plato founded his academy in an olive grove. Olive oil lamps lit homes, temples, churches, and other public places. Olive wood was used to make household goods and furniture. In the 6th century BC, Solon, the great Athenian legislator, drafted the first law for the protection of the olive tree, ending uncontrolled felling so as to protect this natural resource.

Legend says that when Hercules completed his 12 labors, he planted an olive tree in Olympia. It is from this tree that he got the huge wooden club he wielded. It was also from this same tree that branches were cut to create wreaths offered as prizes to winners of the Olympic games. In the city of Athens, more than 140,000 pounds of olive would be presented to the winners of the Panathenian Games (held every four years). The amount each victor would receive was based on the type of event they and skill required to do so. A champion runner may receive over 5,000 pounds of olive oil, while a charioteer could receive upwards of 10,000 pounds!

It was the Ancient Greeks who introduced cultivation of the olive to neighboring regions—wherever they went, the liquid gold followed. Olive oil was key part of international trade in the ancient world. From the Northeast, Scythians from the southern steppes of Russia came to replenish stocks of olive oil at trading posts by the Black Sea. The discovery of amphorae (used to hold oil) as far south as Crete is evidence of the importance of the olive oil trade in antiquity. 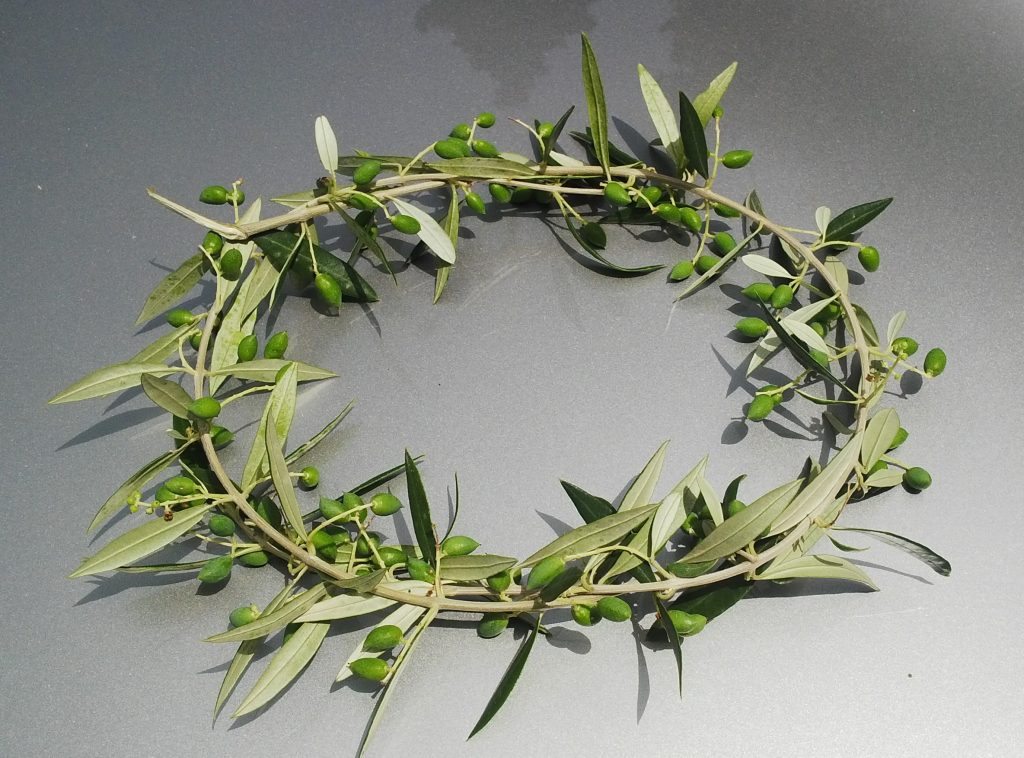 The kind of olive wreath that Olympic champions received. Photograph by FocalPoint, distributed under a CC BY-SA 4.0 license.

After conquering Greece, the Romans replicated Greek techniques and began cultivating olive trees in Italy, but when the Roman Empire fell, cultivation declined for almost a millennium. However, while Western Europe entered the Dark Ages, olive production flourished in Byzantium. Even after the fall of the Byzantine Empire, the Ottoman occupiers realized the value of olive cultivation and it remained an important activity in the land now known as Turkey.

After the 16th century CE, Europeans introduced the olive tree to the New World and it is now cultivated in California, Mexico, Peru, Chile and Argentina. It is estimated that there are about 800 million olive trees in the world today, the vast majority of which (95%) are in Mediterranean countries. Olive trees are widely cultivated in Greece, far more so than any other fruit tree, comprising 75% of total arboriculture and covering about 15% of agricultural land. 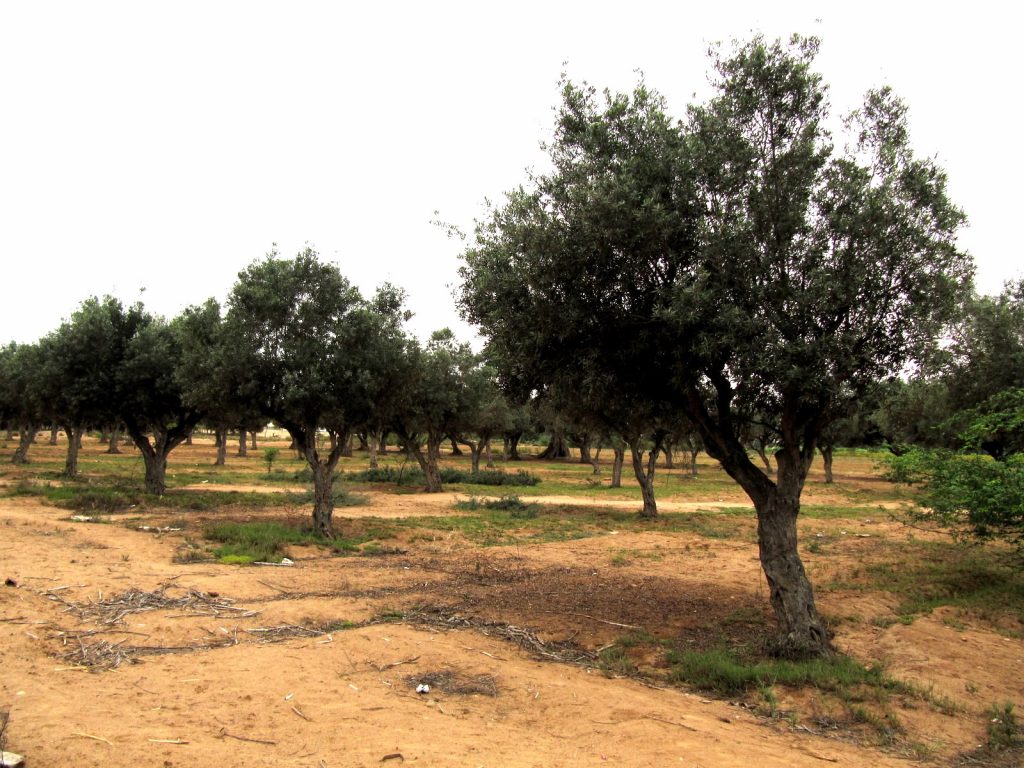 The olive branch has long been a symbol of peace, victory, and prosperity. It is one of the most recognized symbols globally—in fact, it is an essential part of the symbol of the United Nations. A map of the world encircled by a wreath of crossed olive branches relays the message of guaranteed peace amongst those who stand united. And in the United States today, you will find that the Great Seal pictures an eagle carrying an olive branch. The 13 leaves in its right talon represent peace between the 13 original colonies of the nation.

A old, treasured tradition in many Greek agricultural regions helps to replenish the fields and ensure there will always be gold from the ground: When a child is born, the family will plant an olive tree with blessing that both the child and tree grow and flourish together, a symbol of the evolution of life. By the time the child is ready to begin school, the tree is ready for its first harvest. The olive tree will grow with the family and will provide for many generations.