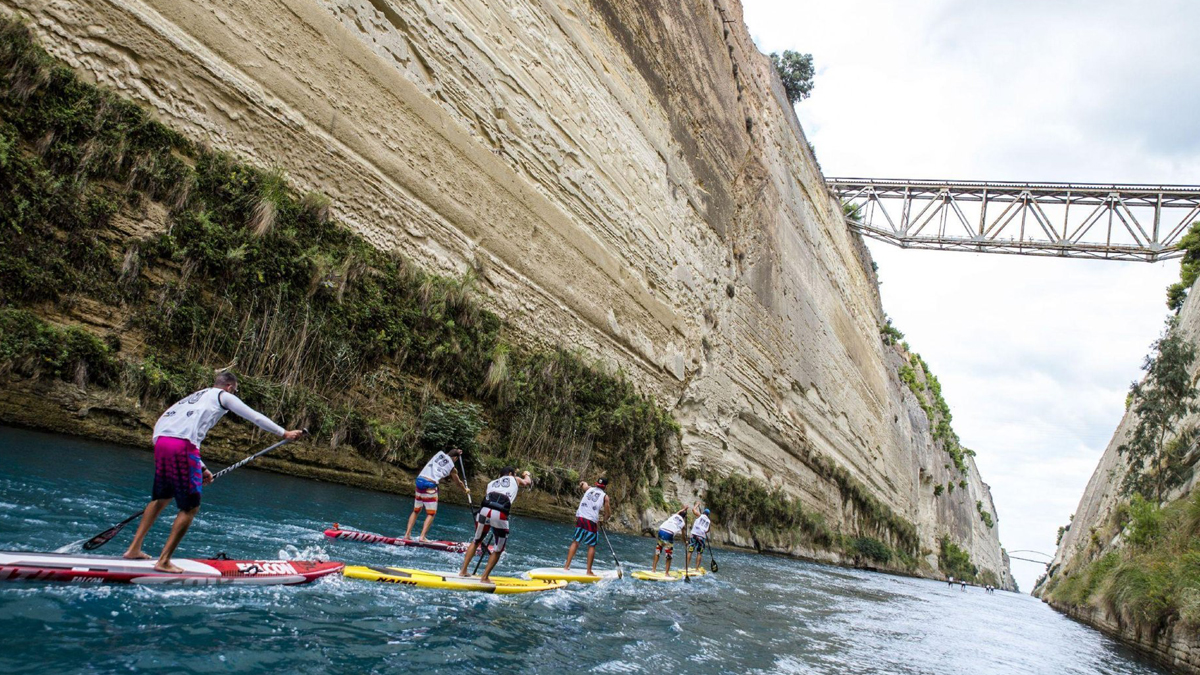 After two millennia and thousands of nautical miles, a miracle of engineering was accomplished when the Corinthian Canal opened to the world.

A 2500-year-old dream came true in the late 19th century; a waterway straight through the Corinthian Gulf to the Aegean Sea was no longer wishful thinking. After two millennia and thousands of nautical miles, a miracle of engineering was accomplished and ships would no longer need to circle the Peloponnese in order to reach the Adriatic Sea.

The most well known tyrant of Corinth, Periander (circa 600 BCE), was a strict man but above all he had a practical and talented mind and a rich imagination. He was the first to visualize his powerful fleet crossing the isthmus through a water canal. Sadly, the limited technological development of that time betrayed him, and hence he was obliged to restrict his dream by constructing the diolkos, a passage made of stone which allowed ships to be transferred on wheeled platforms.

The ancient attempts that followed failed most often due to odd, and sometimes ludicrous, technical issues… The engineers of the Macedonian and Roman court were stuck in the belief that if the connection between the seas was created, the Adriatic Sea would flood the Aegean. Even the mighty Julius Caesar had been misled by that absurdity. Hence, the canal would have to wait another two thousand years…

Ιn 1830 the modern Greek nation was free and aspirant after almost four hundred years under the Ottoman rule. One of the first concerns of the new Governor, Ioannis Kapodistrias, was the completion of an ambitious public work: the Corinth Canal. Eventually the cost was too high for a postwar and impoverished state like Greece. The idea was set aside and forgotten…
But the concept was resurrected once more in 1869, and again in 1882. Finally, by 1890 the national budget was sufficient enough to complete the work during the governance of Charilaos Trikoupis. The first ship officially crossed the canal in 1893 under the enthusiastic acclamations of the Greek people and political leadership.

The Corinthian Canal was an incredible solution at that time, as well as during the beginning of the 20th century. Notwithstanding, today its time of glory has passed irrevocably. Its size (four miles in length and only 70.5 feet wide at its base) makes it too narrow for modern ships to pass with safety. Therefore, the economic significance of the canal is no longer tangible apart from an infrequent crossing.

However, the impressive landscape combined with the aesthetic result of the structure, render the Corinthian Canal an attractive touristic destination. Quite a few travel agencies offer cruises through the canal as well as various sport activities, such as standup paddle boarding (SUP) and canoe crossing. For more “adventurous” travelers, the bridges connecting the mainland to the Peloponnese are offered for bungee jumping and other kind of “extreme” activities.

The Corinth Canal is the tactile proof of the taming of nature and the use of mechanical expertise for the sake of human needs when the conditions and technology are mature enough to make it feasible; a snick deep inside the earth’s flesh and the whole topography and the economy of the area were changed irreversibly.