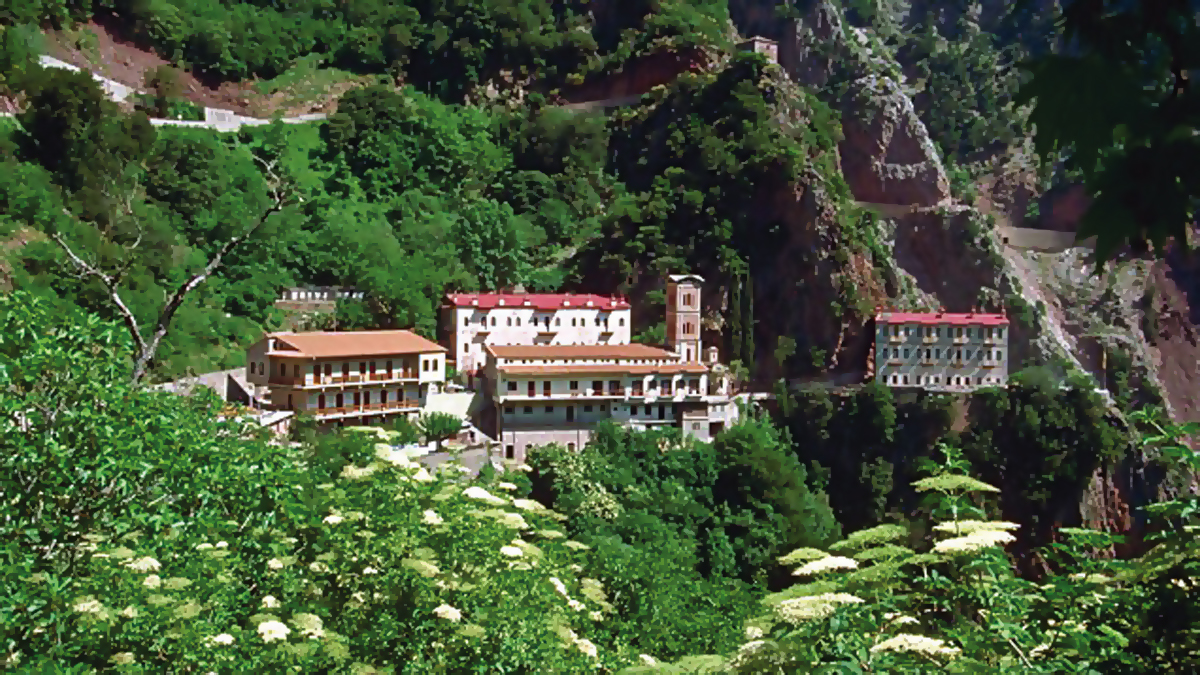 Scattered throughout Karpenisi, in the prefecture of Evrytania,creating a beautiful landscape, you will find a magnificent array of Byzantine churches and monasteries untouched by time. Some well-known, others that have stood for centuries quietly; all though, constituting unique sites of archeological and architectural importance. 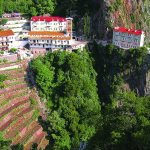 The Monastery of “Panagia Prousiotissa” (the Virgin Mary of Prousós) is one of the most important religious locations in Greece. It attracts many faithful each year who visit to venerate its famous icon of the Virgin Mary. It is believed that the convent was established around 830 AD. The temple though most likely dates back to 1754 and includes frescoes dating back to the 13th century! Throughout its long history, the monastery suffered several disasters, the most recent of which was its devastation during WWII. Nowadays, the Monastery is also home to a museum that holds several historical & religious artifacts such as 15th-16th century manuscripts, codes, printed books, one sword from 1821, and vestments (liturgical garments).

The Monastery of Domianoi is one of the most important post-Byzantine era monuments of Karpenisi. It has served as a monastery for an unknown period of time, perhaps dating back to the 17th century AD. It features several important hagiographies from the famous School of Hagiography of Fournás, a magnificent shrine of exquisite craftsmanship with the icon of the Virgin Mary, and a wooden carved & gilded Iconostasis that holds several unique icons. The temple is also famous for its frescoes/hagiographies and breathtakingly gilded dome.

According to its dedicatory inscription, the church was built in 1745, while its murals were completed in 1753. Architecturally speaking, it is a triconch (in other words, having apses on three sides of a square central mass) temple of typical Mount-Athos style with a small nave. It features an impressive gilded Iconostasis and rare, elaborate frescoes showcasing popular Old and New Testament scenes. The General Directorate of Antiquities and Cultural Heritage department of the Greek Ministry of Culture conducted important restoration works on the frescoes and the Iconostasis of the church, completed in 2015. They are currently working on constructing cells (small guest rooms).

The early Christian Basilica of St. Leonides of Klafsí (in the municipal unit of Potamiá) 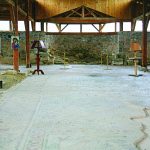 It is considered to be the most ancient monument of Evrytania. It’s classified as a three-aisled basilica. A large portion of the temple is covered by a stunning floral and geometrically patterned mosaic floor. It is dedicated to the Holy Martyr Leonides and its distinct mosaics date back to the second quarter of the 6th century AD (525-550 AD). It is believed that an earthquake destroyed the Basilica in 551 AD. It “resurfaced” and was discovered after heavy rainfalls in the area in 1956.

The Holy Trinity church (in the municipality of Karpenisi) 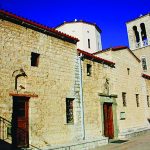 The Cathedral of the Holy Trinity is located in the center of the capital city of Karpenisi. It was built in the second half of the 16th century AD. It owes its current form to Eugene Giannoulis Aetolos, a teacher & vicar from Aetolikon, who in 1645 found a small church and decided to expand it. The new temple was meant to facilitate both a growing congregation’s needs as well as house the first ever higher-education school in Evrytania. It is now one of the most prominent sites in Karpenisi.

Photos are courtesy of the official site of the Municipality of Karpenisi www.karpenisi.gr