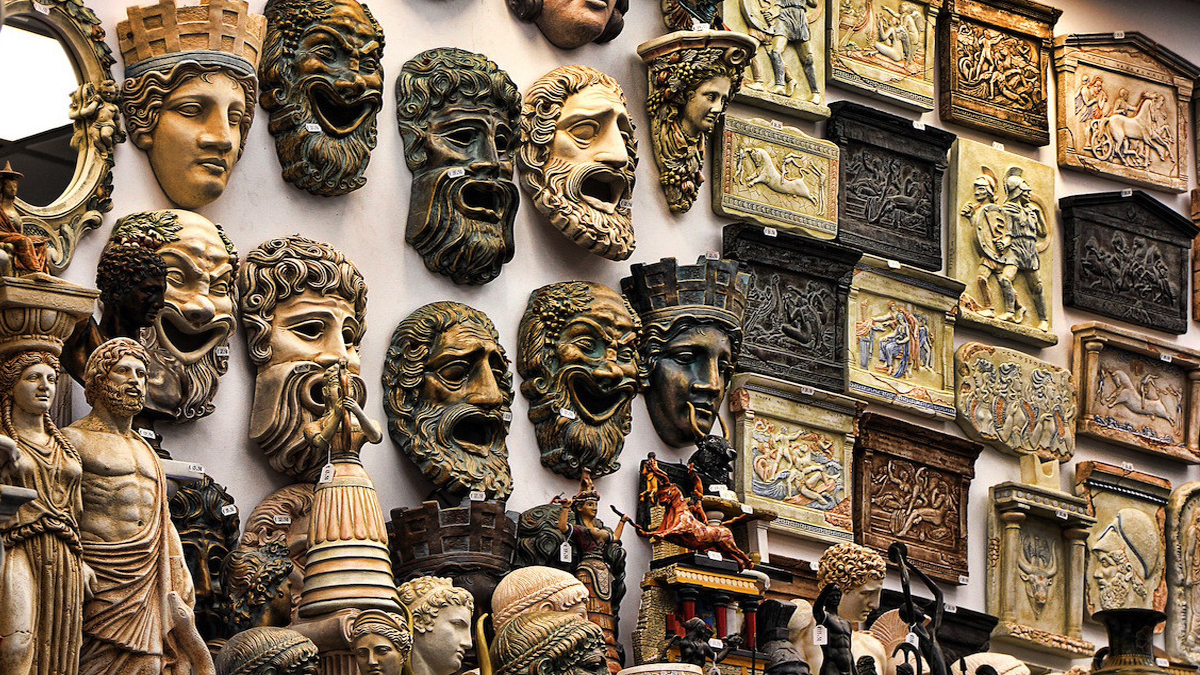 The Ancient Greek world was far different than our modern society. Theatrical masks were an essential accessory. Masks were the reflection of the story told.

The ancient theatre was a man’s game. Women had the right to watch a theatrical performance but it was impossible for them to participate. The Ancient Greek world was far different than our modern society. Therefore, the male actors were capable to incarnate male and female roles and behaviors.

The theatrical masks were an essential accessory. Most of them were made of plaster and painted linen and consequently none was found during an excavation. Fortunately, many statuettes and mask models survived to our present day made of clay, terracotta, stone and metal or beautiful mosaics with depictions of theatrical performances.

Hence, we have a clear picture of how ancient masks looked like. It was a world of mortals and gods, heroes and demigods, men and women. Beautiful works of art with impressive details and expressions of all kinds. An actor could change quite a few of masks during a play and together with that his moves and voice tone. Not an easy job in front of thousands of spectators ready to judge an actor’s skills.

Greeks were obsessed with theatre; it was considered as a significant element of democracy and freedom of speech for the rich and poor citizens equally. Masks were the reflection of a disguised free man who could laugh, cry, judge, mock and honor the mortals and the immortals without fear.

None could see their human face anyway…Theatre was one of the miracles of ancient Greek democracy on a spiritual level.