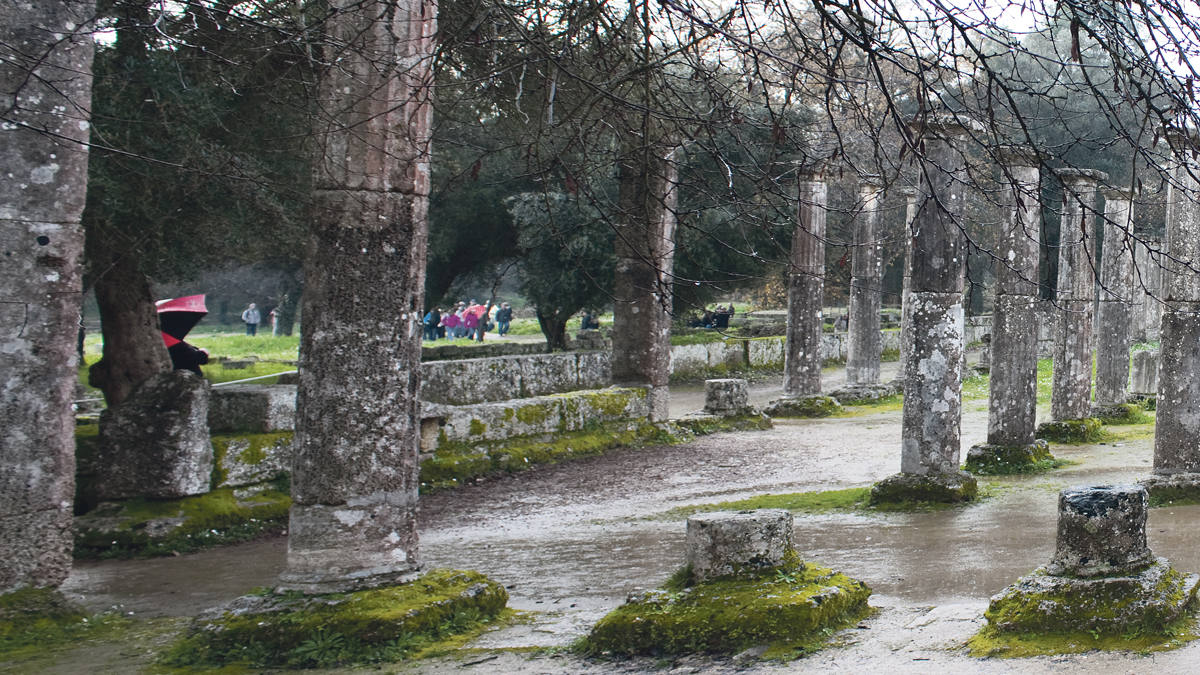 The modern Olympic Games owe their reputation to a small piece of land in the western Peloponnese – the sanctuary of Ancient Olympia – where an athletic competition occurred in honor of Zeus every four years. In this place, and during this sacred time, athletes and judges along with all visitors were under the protection of the sacred truce. No one but the gods could interrupt the most magnificent religious and athletic festival in the Greek world, a tradition that would continue for over a millennium (776 BCE-393 AD).

For the Greeks, the Olympic Games were connected with mythological origins attributed to the gods. Legends and facts mingled in an arena where the Greek pantheon met early history. The presence of Zeus and Hera was dominant, and the gold cult statue of Zeus in his temple at Olympia was even deigned one of the Seven Wonders of the World.

The Ancient Olympics included fewer events than the modern games and only freeborn Greeks were allowed to take part in the games. The entire festival would last five days and was comprised of several sports, some of which were added over the centuries:

Three of the five days were used for competition and the other two for religious rituals such as oxen sacrifices to Zeus and a symposion (banquet) for all the participants.

The Olympics were established in the political context of the always-competitive Greek city-states, which battled for land and vital resources. Battlefield violence took a different form in the peaceful fields of Olympia. In the stadium there was always enough space for displays of power and competition between allies and enemies in the frame of sportmanship.

The competitive spirit of the Greeks reflects their yearning for αιέν αριστεύειν (ever to excel) in every aspect of life. Here, in Ancient Olympia, their reward was not a gold, silver or bronze medal but a humble olive tree wreath. Glory (κλέος) was always the highest praise.