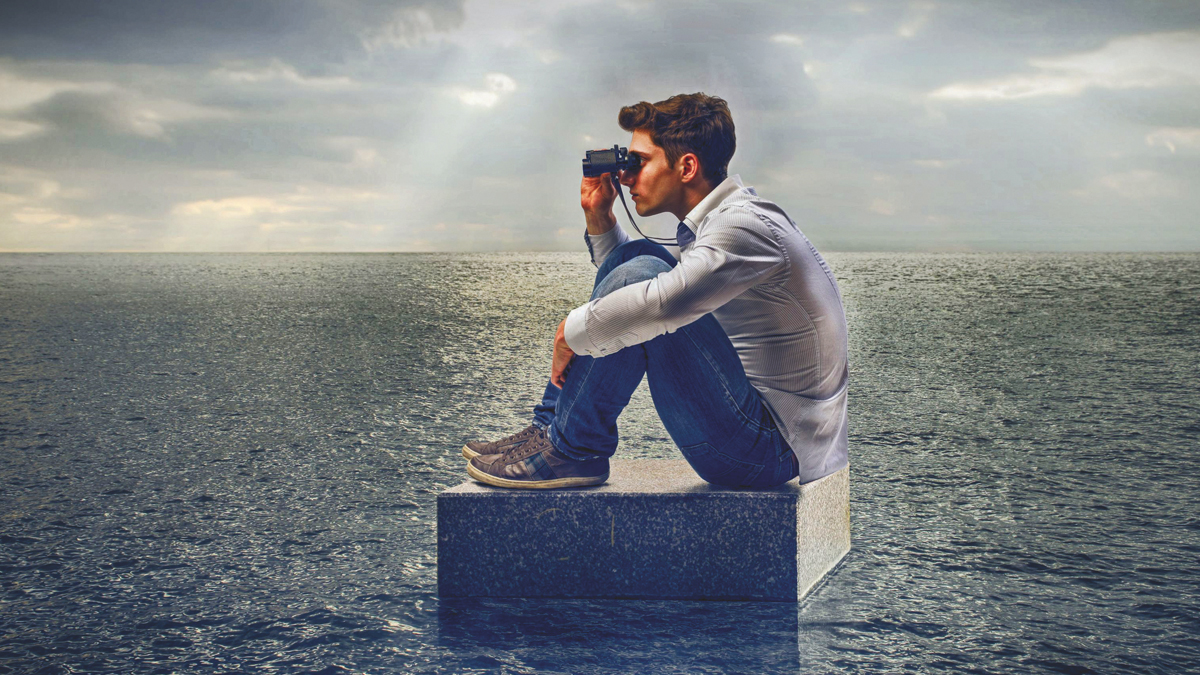 The Ambiguous Interpretation of “Crisis”

Can crisis stand for something more than instability and insecurity? As life is not perceived in black and white, neither are words. Words can change coloration in the way they are interpreted. Let us examine this term in perspectives, the positive and the negative; because crisis may carry a negative burden but it could also be a synonym to verve, creative spirit and innovation.

Beginning with the negative side, crisis is defined as a sudden event, leading to intense changes in various aspects. These changes, having a negative nuance, usually cause a feeling of fear and instability. Over the years, humanity on the whole, has been through many types of critical situations. Warfare, severe environmental issues, humanitarian crisis, recession have all been recorded as dirty marks in the pages of human history. One thing is certain, crisis is a familiar term, present throughout the years of our existence.

Concerning Greece, the country has had its share of challenging situations. A nation, amongst three continents, playing a crucial role in the field of international affairs, has often found itself in a precarious position. Without intending to go deeper into the historical hardships of the Greek nation, it is important to mention that the word “crisis” is a well-known term in the Greek dictionary.

However, the financial state in which the Greek economy has been since 2009 has had an unprecedented effect on its people. In the beginning, citizens were paralyzed with fear of how their lives would be affected by recession. It did not take long for them to realize the new state of events. The average Greek person had to become familiar with the financial terms that would be imposed on the Greek economy. Day by day, shops and enterprises would close, salary cuts would be applied as the Greek nation started to enter the gates of what George Orwell would call a “dystopia.”

When talking about people living in an environment of crisis, what needs to be specified is that financial instability influences each and every aspect of life. In fact, while struggling to cope with living with less money, Greeks unconsciously started living with less dreams and ambitions. With a high percentage of unemployment, depression is what recession leads to. For quite some time, people of all ages in Greece were feeling desperate, lacking any prospect of being productive. As time went by though and the financial crisis was a settled reality in the Greek scenery, the situation started to alter. As mentioned above, the Greeks have been through hard times in the past, but managed to survive. The word “crisis,” in fact, derives from the Greek κρίσις (crisis) which means that since the Greeks invented the term, they also knew how to deal with a critical situation.

After a period of being numb from uncertainty, it became clear that if the individuals could not change the state of recession, they could at least turn it into progression. After all, another definition for the term “crisis” is “a critical period when an important decision must be made.” The Greeks, at some point, had to come up with ways of surviving crisis. For some, the turning point and decisive moment was to follow their dreams abroad. According to official figures, more than 200,000 Greeks have chosen to pursue a career and a different way of life abroad. As most of the emigres are highly qualified (academics, doctors etc.) they seem to have reestablished their prestigious positions abroad; mainly in Europe and the United States. As mentioned in a “Guardian” article, Greek people emigrating abroad are called Generation G – young, talented and Greek.

Apart from those who have chosen to live abroad, there are people who have decided to be optimistic while staying in Greece. By being optimistic it means that they have opted for turning crisis into opportunity. It is a popular saying that if the situation in which someone lives cannot change, the solution is to compromise and make the best out of it. That is a saying that many Greek people have decided to live by, and recently, proven by action.

First and foremost, there have been minor changes in the Greek mentality that have had major effects. Thanks to the crisis (an oxymoronic expression) people have managed to reconsider the role that money played in their lives. Most Greeks, both young and old, have realized that indulging in simple types of pleasure could be enough to enjoy themselves. For example, more people are turning to nature as a means of enjoying quality time. Cycling, skiing, trekking and other groups have gained growing popularity as people with the same interests choose to get together.

Moreover, apart from being close to nature, many have even started to appreciate an afternoon walk downtown. Instead of meeting in fancy places, Greek people living in Athens have adopted their ancestors’ habits. For instance, one of the most popular meeting points these days is Plaka and Thission, where people of all ages gather under the watchful eye of the Parthenon.

Another habit that has started to exist again is home gatherings. On a Saturday night it is more common than ever for people to visit friends’ houses and enjoy themselves with whatever is available at the time. Spending time cooking together, watching movies and playing board games seems to be part of a long list of activities. For one thing, crisis is said to bring people closer, which, in fact, seems to be the case.

As a result of changing habits and enjoying simpler things, the way in which Greeks spend their vacation is also part of the change. In lieu of relaxing in resorts, most opt for visiting friends and relatives in more picturesque villages. Individuals seem to have found more productive ways to enjoy themselves along with their beloved ones as they look for ways to spend their free time.

Another positive outcome of the crisis, is that people have become more altruistic with each other. One initiative taking place in many cities all over Greece, and worth mentioning, is called “suspended coffee.” Simply put, whoever visits a coffee shop (a registered coffee shop in the initiative) has the choice to pay for a cup of coffee intended for anyone who cannot afford it.

One more move of solidarity is taking place thanks to the Non-Profit Organization “Diogenes.” The people behind the initiative publish a monthly magazine called “Shedia.” The magazine gets its name from the Greek word σχεδία (schedia) which means “a raft.”  The magazine has been a welcome life raft for many who were otherwise “drowning” in financial hardship. Copies are sold in various quantities to homeless or socially deprived people at the cost of 1.50€, then they can distribute and resell at the price of 3.00€.

This gives non-privileged people the chance to earn even a most basic income. Finally, “Diogenes NPO” is helping the homeless through a program called “Invisible Routes” which shares information about safe places to stay during the day and the night, as well as rehabilitation centers.  Because of the crisis, many people have to manage living in hard conditions and it is comforting to know there is a helping hand.

Along with the developing movements of charity and solidarity, a recycling mentality is also growing. People have embraced the idea of repurposing old clothes, objects and even furniture. Many Greeks opt for vintage and second hand items when it comes to renewing their wardrobe or home. Many shops, mainly in the center of the city, exist to serve this purpose and offer an economic alternative. Individuals, on the whole, affected by the crisis have developed new consumer habits. They consume less and more consciously, and have also decided to support the Greek market by buying Greek products.

As a matter of fact, there has been a rise of Greek product availability on the market. Many young people had to come up with alternatives due to a lack of job vacancies in the tertiary sector of the economy. Many of them found that returning to old tradition could be a one-way road, yet profitable. Creative minds have decided to collaborate, attempting to establish their presence on the market. From organic cosmetics, to herbs and spices, the variety of products available is wide.

The people behind Cyclades organics are representatives of a worthwhile initiative. The idea behind the fellowship, as they call their team, is simple yet significant. In 2012, a group of friends decided to put their idea of growing, packaging and bringing organic herbs on the market into practice. As of 2015, they have succeeded in cultivating herbs such as oregano, rosemary, marjoram and aloe vera products, all organic, meeting the standards of the EU regulation.

Initiatives like these have made it evident that an increasing number of people in Greece have armed themselves with patience, ambition and determination. Individuals seem to gradually grow stronger after being through hard times. With nothing to lose, the young generation in Greece has dedicated itself to proving that the rise of the Phoenix is possible thanks to its fearless spirit.