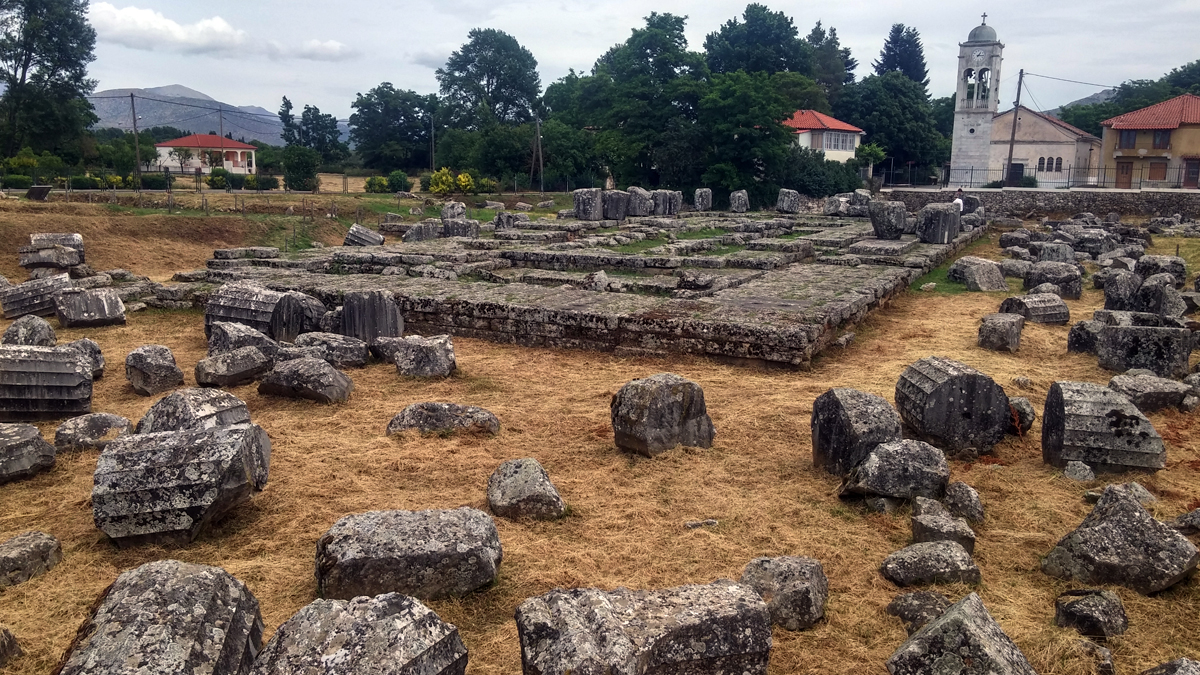 Tegea: the soul of Arcadia

Ancient legend tells us a story about a small city in Arcadia that inflicted a tremendous damage on the Spartan prestige. The mighty Spartans lost the battle and the underestimated enemy used those very chains to carry Spartan soldiers back to Tegea…

Let us go back to 790 BCE… The Spartan city-state had decided to extend the borders of its territory. That always meant another invasion deep inside adjacent lands. Tegea was the perfect victim; a few miles from Sparta and most importantly an “easy” enemy to deal with.

The Spartan leaders were so confident that they carried chains with them in order to bind the defeated enemies. The war god had a different opinion however; the Spartans lost the battle to the underestimated enemy who used those very chains to carry the Spartan soldiers back to Tegea, and to the gods Hubris (the god of arrogance) and Nemesis (the goddess of fate)…

During the entirety of antiquity Tegea was the center of the Arcadian territory in the heart of Peloponnese, together with Mantineia – a traditional enemy of hers. Τhe whole region was a field of conflict between Arcadians and several Greek city-states. Little wonder why… Even today the fertile soil of Tegea is covered with fruit trees and vineyards, a small paradise surrounded by high mountains.

The most significant monument of ancient Tegea is the sanctuary of Athena Alea, a well-known temple of the Classical period (built upon the older temple of the 7th c. BCE), occupying a prominent place in the evolution of monumental architecture and sculpture in Greece. It is located in the southern part of the ancient city and today it is the only visible monument of the homonymous sanctuary, known and especially respected by all the ancient Peloponnesians as asylum.

Pausanias, the ancient traveler, narrates that the mythical founder of the sanctuary of Athena Alea was the hero Aleos and expresses his profound admiration for the temple and the sculpture decoration. He tells us that the architectural drawings of the Classical sanctuary of the 4th c. BCE were made by one of the most famous sculptors of antiquity, Skopas from Paros.

In Tegea there was also a second sanctuary of Athena, as well as a city market, a sanctuary of Aphrodite, a gymnasium, a theater, a stadium, and a parliament with three hundred MEPs. The population at the time of its peak reached 40,000 and the city had its own currency.

During Roman times, Tegea was just a small village until 395 CE when it was completely abandoned after a savage sack by the Goths. The Middle Ages found the whole region under the successive occupation of the Byzantines and the Franks without ever acquiring the glory of the past.

Today, Tegea is a small tranquil village, its valley famous for the fine vines and the sapid wine. The silence is often interrupted by a sheep flock or a team of tourists visiting the archaeological site and the adjacent museum. The Arcadian countryside is still a place worth discovering…a utopian land as the romantic poets used to call it. Nicolas Poussin’s painting Et in Arcadia ego (Even in Arcadia, there am I) reflects an idyllic and pure perception about the Arcadian land.