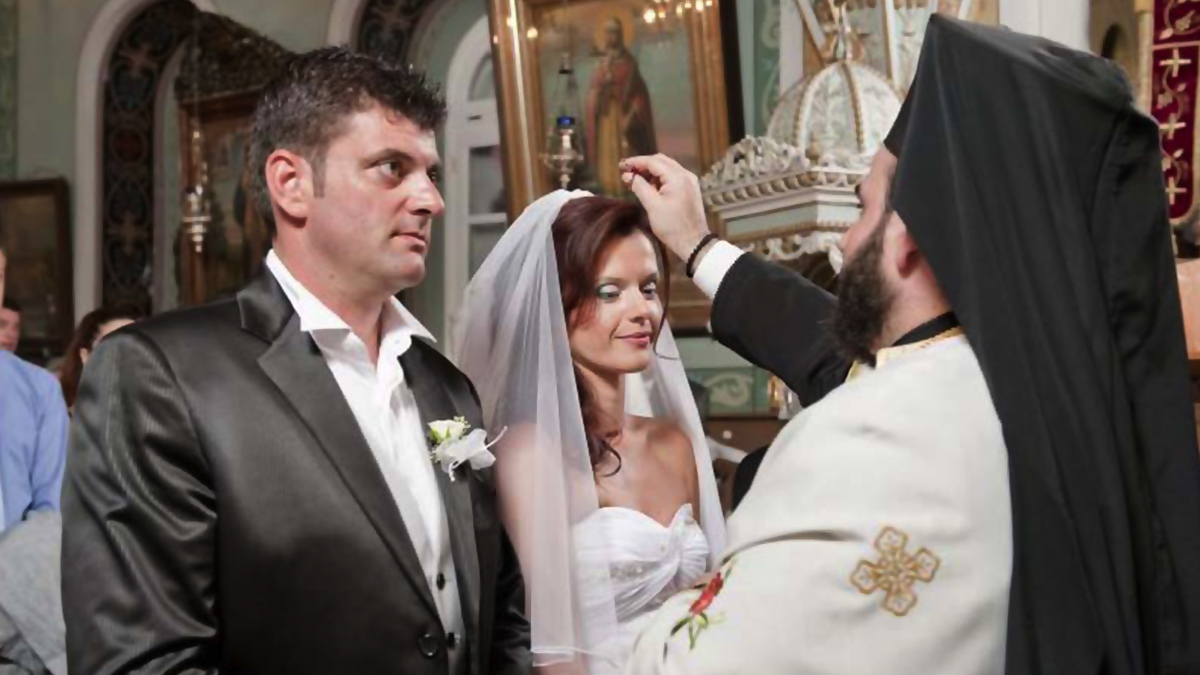 Syros, Island of the Pope…
Where a Catholic and an Orthodox Found True Love

While more than 95% of Greece’s population claims Orthodox as their religion, on the island of Syros, almost half of the population is Catholic. From the times of Venetian rule, the Catholic Church has played an impressive role in the island’s history.

In medieval times, the Venetians brought Catholicism to the island of Syros. The Church planted strong roots and even during the almost 400 years of Ottoman occupation, the faith found solid ground. In addition to the churches there are also several Catholic Monasteries on the island. There has always been a warm relationship between the Catholics and Orthodox of the island, and for those who know the history of the Christian faith this is easy to understand as they were once one faith until the Great Schism.

There are many couples on the island where one spouse is Catholic and one is Orthodox, and were married in the Greek Church! One such couple is Akrivi and Joseph. When she met Joseph, she knew that as he was from Syros there was a good chance that he was Catholic. Joseph welcomed her questions about his faith and growing up Catholic in Greece.

While Joseph’s parents weren’t surprised that his bride to be was Orthodox, Akrivi’s parents were a bit surprised – how in the world had she met a Catholic in Greece? Of course they had questions, but they were also incredibly supportive and happy for their daughter.

Where to get married?

The couple had an easy resolution to the challenge! Akrivi and Joseph had a ceremony in the Catholic Church and one in the Orthodox Church. It is a requirement of the churches so that the wedding can be recognized by both faiths. So Akrivi and Joseph arrived at the Catholic Church, said their vows as their friends and family watched. Then everyone drove over to the Orthodox Church where their koumbaro crossed their stefana and everyone cheered once more as the nuptials were celebrated again on the same day.

Today, the couple has two children. Both were baptized Catholic. It was something Akrivi and Joseph had discussed long before. Of course it was a bit challenging for Akrivi to initially accept, they reside in a predominately Orthodox country, but the couple decided that they would be baptized in the same faith as their father. In their way, they followed the Greek tradition where children take their father’s last name, they decided their children would also take their father’s faith – a rather democratic way to go!

What about the holidays?

They consider the holiday and then choose a church, no special reason or “rule” – they go to services frequently at either the Catholic or Orthodox church! Sometimes it is just because they prefer the ritual of the one church more than the other for a specific occasion or celebration. As Joseph says, “Let’s not forget that we are both Christians. We feel that we can worship God in any church we got to.’