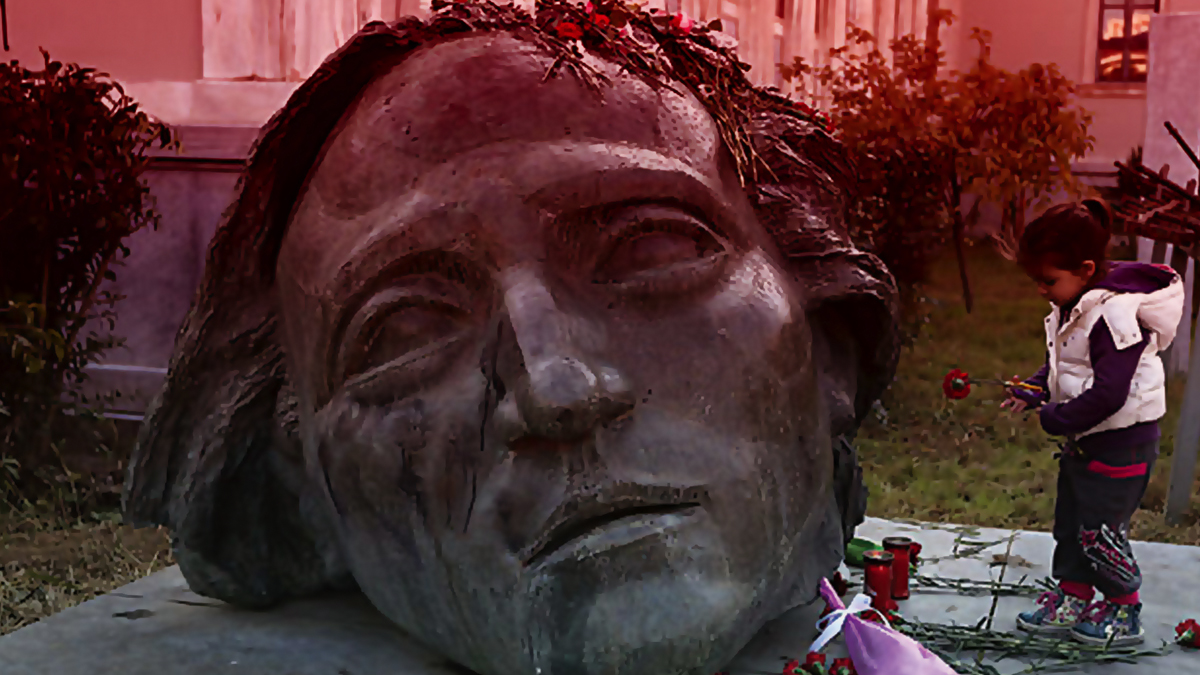 To understand what brought about the Junta in Greece, it is necessary to take a step back in history, back to the period following World War II, when civil war brought Greece to its knees, destroying everything and decimating the population in countless ways.

This civil war resulted in demonstrations, strikes, and riots almost daily. In 1947, in order to ensure that Greece, Turkey, and Iran did not fall under Soviet influence, the United States formulated the Truman Doctrine and began actively supporting a series of authoritarian governments. The civil war ended with the military defeat of the communists in 1949. The Communist Party of Greece was outlawed, and many communists either fled the country or faced persecution. The Central Intelligence Agency (CIA) and the Greek military began to work closely together, especially after Greece joined the North Atlantic Treaty Organization (NATO) in 1952. King George II returned to Greece, and the military turned into a suppressive mechanism. After many years of conservative rule, a wide-spread democratic movement brought George Papandreou to power.

In the meantime, King Paul died and was succeeded by King Constantine, who on July 15, 1965 deposed the popularly-elected Prime Minister George Papandreou. Papandreou found himself increasingly at odds with the Americans, the establishment, and the King. A group of young officers in the Greek military, led by Andreas Papandreou, planned a conspiracy to overthrow the government and the parts of military that were controlled by the king. The organization was called “Shield” (Aspida).

After the elections of 1961, the right wing party won, but the validity of the results came into question. Demonstrations gathered momentum and the unyielding fight “Anendotos” began, which led to a constitutional crisis. The Palace tried to form governments that lacked popular support and the ability to govern effectively, which resulted in the fall of three prime ministers, also known as  “Apostasia of 1965.” A temporary government was appointed to take over the country until new elections could be held on May 28, 1967.

However, before the elections took place, a military junta, led by Colonel George Papadopoulos, Makerezos, and Pattakos, seized power in Greece. On April 21st, 1967, they overthrew the Greek government and declared martial law. They began arresting hundreds of known and suspected leftists, as well as politicians and public figures. Their official justification for the coup was that a “communist conspiracy” had infiltrated the bureaucracy, the universities, the press, and even the military to such an extent that drastic action was needed in order to protect the country from a takeover.

The dictatorship lasted for seven years; this totalitarian regime placed significant limitations to individual’s rights. Free elections were suspended. It was illegal to strike, demonstrate, talk against the government, and congregate for any purpose except for church.

In June of 1973, Colonel Georgios Papadopoulos staged a coup d’état against the monarchy and established a parliamentary republic, which granted amnesty to many political prisoners. He appointed himself president, forming a government with veteran politician Spyros Markezinis to lead the country toward elections. Theplan was for the elections to legalize the dictatorship.

Meanwhile, a dispute with Turkey over rights to prospect for oil in the Aegean took hold. After a period of threats against Turkey, Greek Cypriot extremists supported by Ioannidis launched a coup in July 1974 against Archbishop Makarios, the president of Cyprus, who disliked the Junta. Turkey then invaded Cyprus to protect the Turkish minorities there. Troubled by incompetence and international isolation, the Greek regime failed to mobilize a war with Turkey, and the government collapsed.

The military in Greece also collapsed, and Karamanlis, who had been in exile in Paris, France since 1963, returned and was sworn in as prime minister. Jubilant Greeks flooded the streets of the Greek capital to mark the beginning of a return to democracy. By late August 1974, Turkish forces controlled the northern third of Cyprus.

In November of 1973, students gathered at Polytechnio following protests and clashes with police at a memorial service for George Papandreou. Antigovernment demonstrations headed by the university students culminated in the occupation of the Athens Metsoveion Polytechnical University. The military brutally suppressed the occupation and killed a number of students. Brigadier Dimitrios Ioannidis, an even more extreme hard-liner who headed the military police, later overthrew Papadopoulos. General Phaidon Gizikis became president soon after.

During those seven years, several major newspapers, like Kathimerini and Avgi were shut down, though others continued publishing. It is worth mentioning that the newspapers coming from the centrist parties, like Nea and To Vima were often more sympathetic to the Junta than the right wing newspapers. Many believe that the leftists were buying right wing or sports newspapers and hiding persecuted the Rizospastis newspaper inside.

Each year, Greece has three days of commemoration for the anniversary of the Polytechnic University. On the first two days, the gates of the historic building are open and citizens honor the victims. Inside the building, photo exhibitions, documentary film screenings, and several political events take place. On the third day, everyone leaves Polytechnic to follow the established anti-imperialist march to the American embassy. The youth who participated often confront modern society issues and concerns for democracy, education, and other political issues that affect students. In the courtyard of the Polytechnic University resides the famous sculpture of Memos Makris that honors the victims of the Polytechnic uprising in 1973.

After the dictatorship came to an end, many attempted to forget the Polytechnic uprising or tried to turn it into a taboo subject, or even “rewrite” the history, but many in today’s society question this attitude by actively remembering the event.

For those who want to learn more about the dictatorship, watch the Oscar-winning movie “Z” about the assassination of Grigoris Lambrakis (a member of the left party “EDA” who was assassinated in 1963), the half-hour documentary by Pantelis Voulgaris, “The Chronicle of Dictatorship 1967-1974,” or “The Dictatorship of the Colonels” by Roviros Manthoulis.  Furthermore, check out  The Iron Storm: The Impact on Greek Culture of the Military Junta, 1967-1974 by Thomas Doulis.