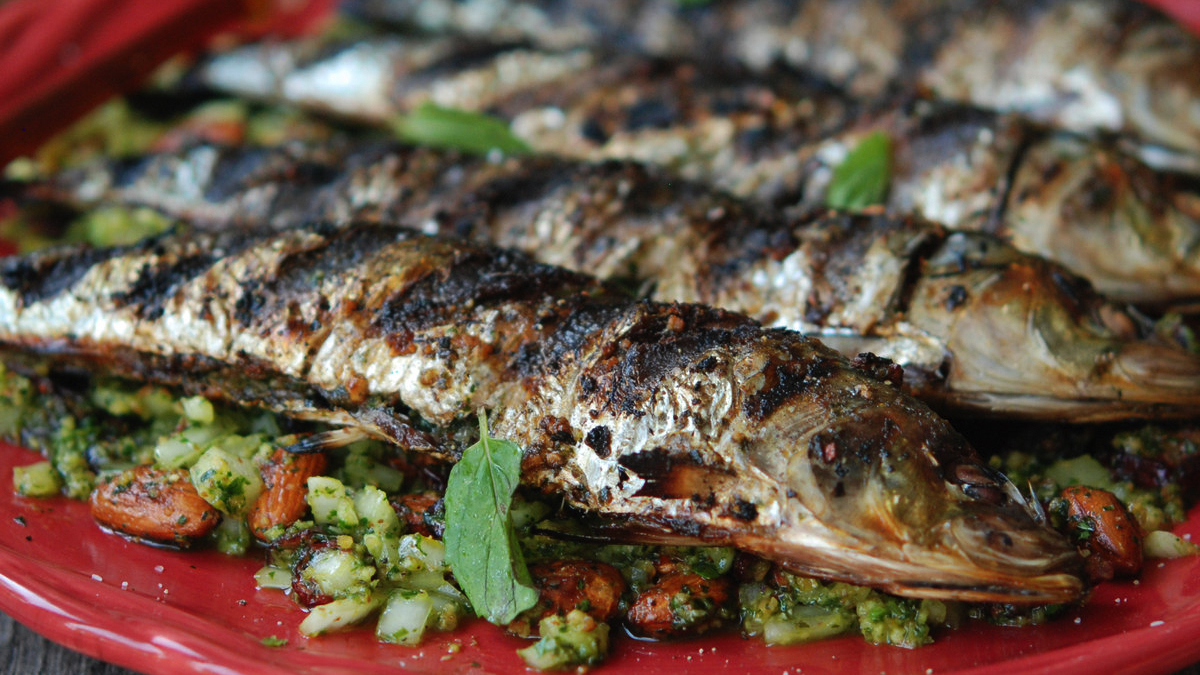 Despite age, gender, nationality or preferences, there’s usually a point in people’s lives when the question about the principles of healthy eating arises. Thinking about the foods that can be incorporated into a balanced diet plan, there is no doubt that among the first things that come to mind is fish. Low in calories, yet high in nutrients, fish finds itself in the middle of the Mediterranean Diet Pyramid and is advised to be consumed 1-3 times per week.

The Mediterranean Sea boasts a wide range of quality fish, among which is the humble Sardine; once called the Fish of the Poor, due to its low price, it is today’s Fish of the Wise, because the connoisseurs of healthy eating appreciate its nutritional value.

Sardine’s name comes from the island of Sardinia where it was first found in abundance. It is fished from the month of May until September and can be consumed fresh or canned. Sardines are a rich source of Omega-3 fatty acids but, unlike salmon, they do not contain amounts of contaminants, such as mercury, due to their short span of life.

In Greece, there grows a unique variety of sardines; they are called Papalina or Sardines Kallonis as they are only found in Kalloni Gulf on the island of Lesvos. Papalina is smaller in size with a juicy and intense flavor. Sardines Kallonis are famous because they are cured in coarse sea salt and are ready to be consumed within less than eight hours. A perfect meze for ouzo!

Who would have thought that these small fish are packed with nutrients and can in fact turn out to be beneficial for our health and diet? Sardines are a rich source of Omega-3 fatty acids which are vital to a proper cardiovascular function. They aid in reducing the amount of triglycerides and help in the increase of protective HDL cholesterol. They also protect against cardiac arrhythmias and inflammation.

Overall, judging by the cost, easy cooking process and the amount of health benefits, sardines are a superfood in condensed form.

If you feel that sardines could be added to your weekly dietary regime, you are in for some good news! Sardines can be found on the market in various forms, fresh, canned or cured and can be prepared in different ways.

If you choose to buy them at a fish market remember that fresh fish have bright, bulging eyes, moist flesh and a mild fishy odor. Fresh sardines can be dipped in lemon and salt sauce and consumed raw, roasted, fried or in a pan. It is a protein-packed raw material – containing 60 calories per oz. – that can be consumed whichever way you decide.

From Greek-style sushi to an alternative to tuna sandwiches and salads, sardines are one of the most versatile ingredients in a kitchen.

Over the years, the research regarding the properties of Omega-3 has been intensive and has come to reveal the health benefits of the fatty acids.

In 2006, a research published in the US National Library of Medicine¹ concluded that “enriching diet with 100 g of sardines 5 days a week during 6 months to a type 2 diabetes standard diet… could have beneficial effects on cardiovascular risk.”

Another research², published on the same scientific website, examined how sardine consumption from nursing mothers during lactation contributes to an increase in omega-3 series fatty acids.