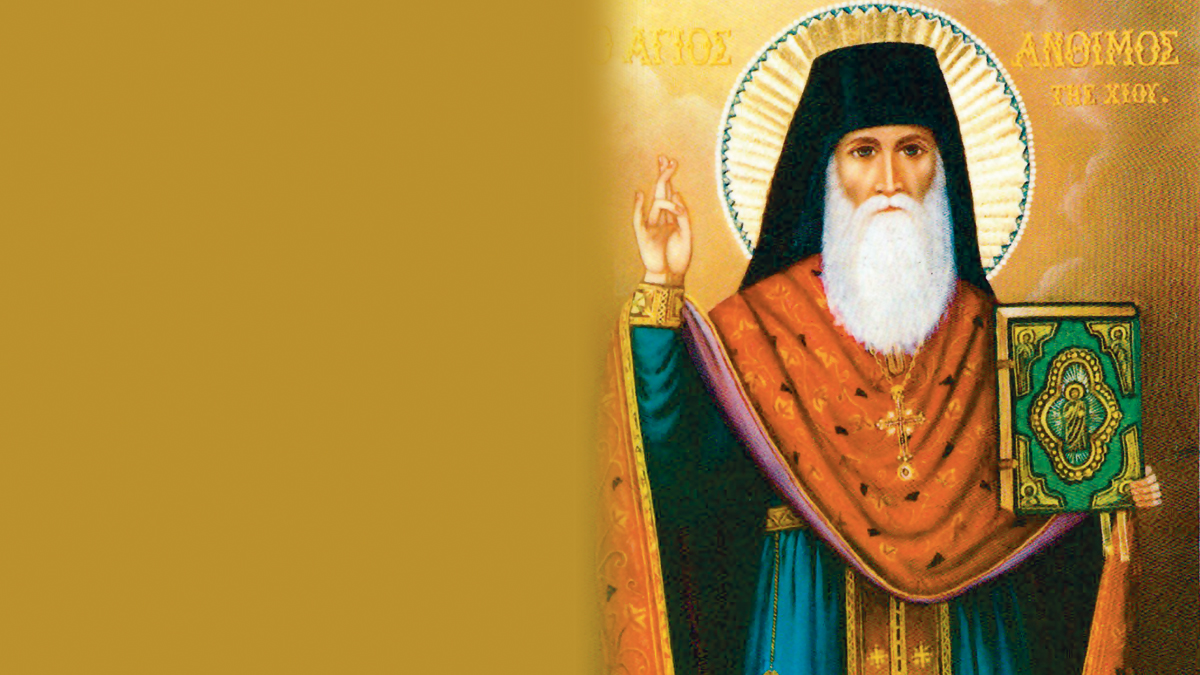 In our home, we have a photograph of Saint Anthimos of Chios. That’s right, a photograph. We also have icons of the blessed Saint. But the photograph to me always made so much more of an impression, it was so much more personal, as if I could reach out and kiss his hand, just as my grandmother, and even my father, had done only decades ago. The saints I learned about growing up where sainted almost two thousand years ago, but Saint Anthimos, was canonized not even 25 years ago…

Born Argyrios Vagianos on the island of Chios in 1869, to a devout, but poor, family, he found his way to monastic style of life at the age of 19. After some time, he was officially tonsured and given the name Anthimos by the Elder Pachomios.

There are many who have born witness to the miracles performed by Anthimos. And his life is a testament to the blessing that were bestowed upon him. Though not trained as a physician, St. Anthimos cared for and healed many, including those many who were patients in the leper hospital at which he was stationed.

He was a caretaker in every sense. Not just of those who fell ill, but also of those who had no other options or family. After the Asia Minor catastrophe of 1922, there were many women who were left without options, he had a plan to help them and embarked on a mission to open a monastery on the island of Chios. The Monastery of Panagia Voithia (the Virgin Mary, the Helper) opened in 1930, it’s doors are still open today.

There are many stories of miracles he performed in his 90 years of life. Women who could not bear children and today are mothers thanks to his blessings. People with grave illness who live healthy lives today. My own family has many stories to share of the blessings he bestowed upon them. Today, there is a small museum in the Monastery and includes many testimonies from individuals who were healed or blessed by this holy man.

I have visited his small “keli” the room in which he met with visitors who came to the Monastery. I have stood in that room and imagined my aunt, who was a nun at Panagia Voithia, bringing him his tea, or praying with him in that room.   I imagine my family so close to him. So fortunate for the opportunity. And I must say, it’s a bit surreal, and it’s also an amazing blessing.

Saint Anthimos of Chios is commemorated on February 15. To learn more, visit: