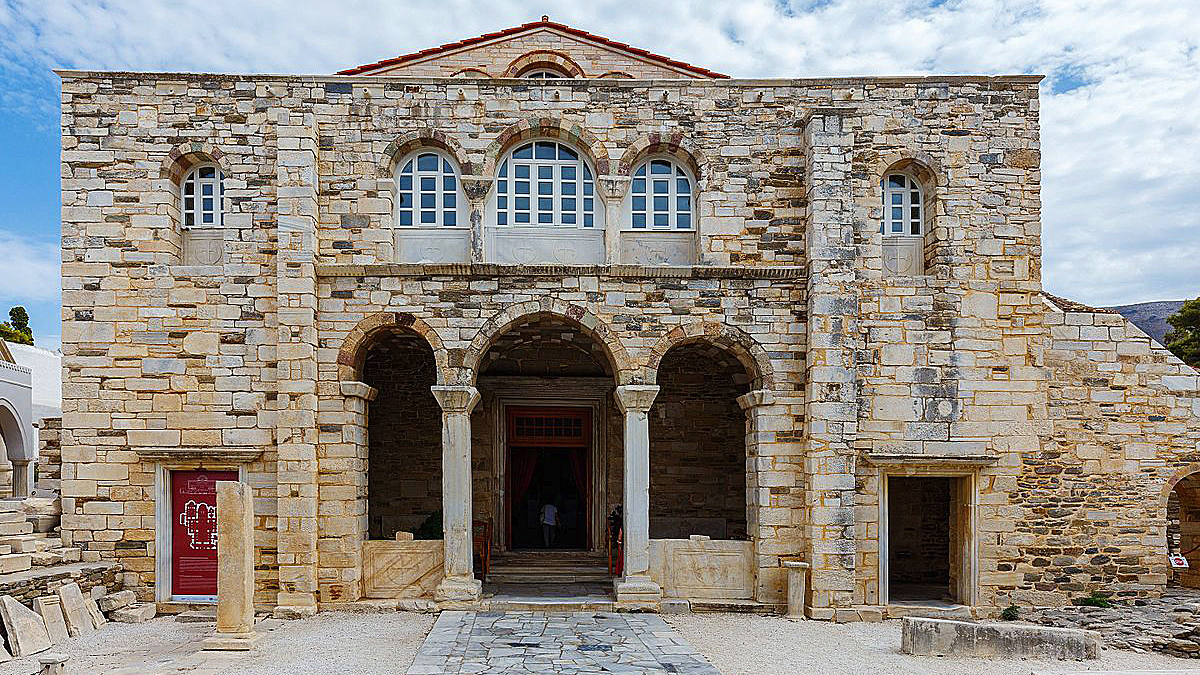 Paros: the white and the blue

Located in the heart of the Cycladic islands, approximately 250 miles from Piraeus, you will find the beautiful island of Paros. Its history spans a wide spectrum of events and adventures through time – and since antiquity, Paros has been well-known for its gleaming white marble, found in countless ancient (and modern!) architectural wonders.

Nowadays, Paros has a bit of everything a visitor would expect from an island in the Cycladic archipelago; white-painted villages, blue-domed churches, pebble beaches and fishing harbors overlooked by picturesque taverns and lively bars and cafés. The landscape is just as lively and wild… The island is dry and rocky, full of herbs with goats to be found on every cliff.

Paros has an array of monuments to choose from: ancient Greek and Roman temples, Byzantine and Venetian churches as well as 19th and 20th century architecture. Let’s discover some of the must-see monuments…

The remains of temples to Apollo and Artemis stand on the top of a rocky hill on the north side of Paroikia (the capital of Paros). According to archaeological evidence, the first temple to Apollo was constructed in the 9th -8th c. BCE. During the 5th c. BCE a second phase of reconstruction took place. The Delion was situated so that the Island of Delos, the birthplace of Apollo and Artemis, would be visible from the top on a clear day.

The Sanctuaries of Asklepios and Apollo Pythios

On a craggy hillside, just south of Paroikia are the foundations of two temples dedicated to Asklepios, the god of medicine and healing, and Apollo Pythios, the god of divination.

Both sanctuaries were built in the vicinity of a natural spring since water was a significant element in religious ceremonies and healing rituals.

On the way to Paroikia from Naousa, lies a site called Tris Ekklisies (the “Three Churches”). It is a mixture of various archaeological eras. Beneath the remains of three churches dating between 16th and 17th c., an early Christian Basilica from the 6th-7th c. A.D. was discovered.

As it was a common practice during the first Christian centuries, the basilica was built mostly with ancient marble and stone building material. Archaeologists confirm that in antiquity, the hero shrine of the lyrical poet Archilochus (680-645 BCE) once stood in that peaceful valley.

The Panagia Ekatontapiliani Byzantine monastery complex is located in Paroikia just a few meters from the port. It is considered to be one of the best-preserved Paleochristian (3rd to 6th c. A.D.) monuments in Greece. The complex consists of a main chapel dedicated to the Dormition of the Mother of God, and the internal chapels of Saint Anargiros, Saint Philippos and Saint Theoktisti. Around the main church are the chapels of Saint Nikolaos, Saint Theodosia and Saint Dimitrios. In the courtyard, there is a cruciform baptistery and the cells of the monks.

The monastery dates to 326 A.D. and according to the legend the first church was founded by Saint Helen, the mother of the Roman Emperor Constantine during her journey to the Holy Lands, a few years before the adoption of Christianity as the official religion of the Roman State in 391 A.D.

The origin of the name Ekatontapiliani (The Hundred Doors Church) has been lost to history; the tradition narrates the existence of 99 gates with the last one to be secret, and open afresh when the church of Haghia Sophia in Constantinople will be Christian again.

Paros is a place where white and blue blend into an indivisible whole. History, tradition, art and the deep blue sea call the visitor to explore the island’s secrets…