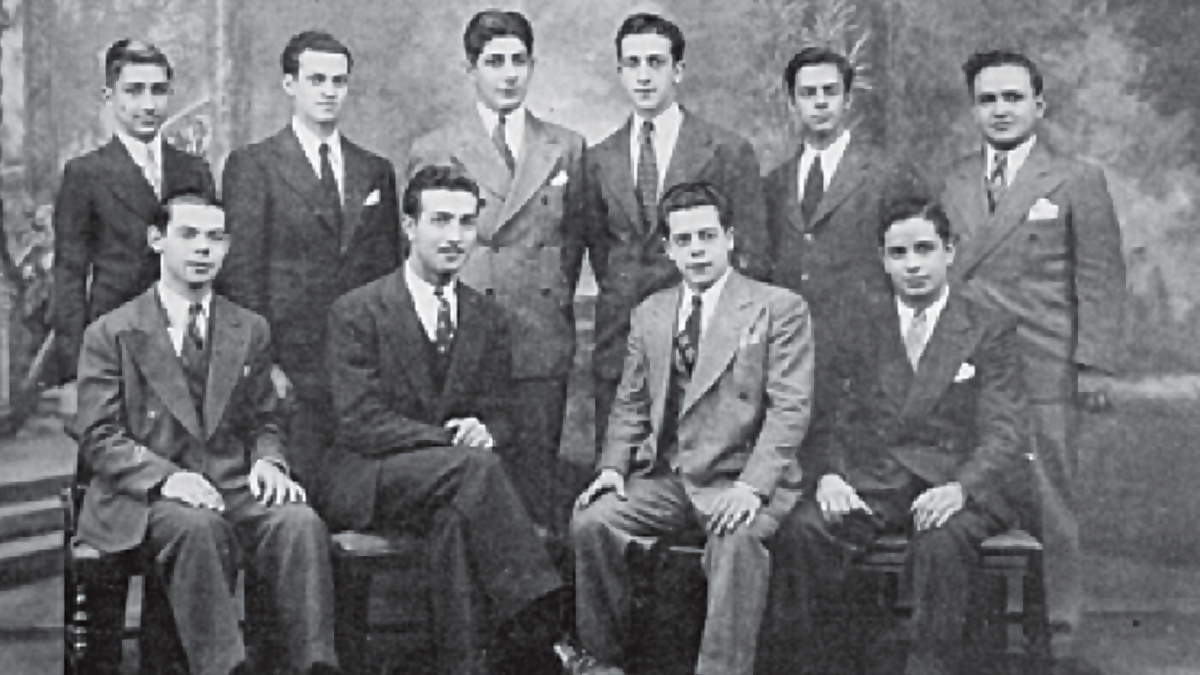 This July, the Pancretan Association will celebrate its 45th National Convention and 88th year. One of the largest and oldest societies in North America, the PAA, since its inception has continuously supported: Education, Culture, Church and Philanthropy.

This history is reprinted with permission of the Pancretan Association Archives.

Since ancient times, the Greeks had always wished to emigrate to foreign countries in an effort to find a better life. Looking back on history, we see that the Greeks, through their massive emigration, had created colonies where Greek was the only language spoken, and through their hard work and intellectual capabilities, they contributed to the progress of the country in which they settled. Early in the nineteenth century, the Greeks emigrated because they wanted to secure a better life both for themselves, their families, and their mother country as well. These Greek immigrants became the great benefactors of their homeland and their deeds and service for public works in Greece are still found today.

Crete, which came to know the biggest tragedies in its history due to repeated occupations by barbaric forces, especially the Turks, had been prevented from creating a good and affordable life for its people. Poverty, misery and diseases were continually striking the island as well as other districts of Greece.

Actually the first Greek, who came to this country in 1668, came when the island of Crete fell to the Turks, as a result of a very long war between the Ottoman Empire and the Venetians who had been occupying the island. The first Cretan, who arrived in America, at that time, was Demetrios Fundulakis. His name appears in various records as Fudelachi, Tudelachi, Pedulachi. The census mentions that “he was of the Greek Church, which constitutes a unique exception among the known compatriots of his, who by that time, had become converted Roman Catholics.”

Around the end of the nineteenth century and early in the 20th century, Cretans could find no other alternative for a better life than to emigrate. Thus, many left their island for various countries, some going to Egypt and neighboring lands in search of a better existence. But when rumor reached Crete that there were plentiful jobs to be found in the New World, they departed from their island and elsewhere arriving in Athens to begin their long journey to America. Whole villages were evacuated at that time. Men, women and children, left their relatives and friends for a better life abroad. After a lengthy journey in the hull of ships, they arrived in New York where they disembarked at Ellis Island. Everyone had to undergo a medical examination and check-up; those who were found not to be in good health were prohibited from entering into America.

The immigrants at that time, without knowledge of language and without money, faced great difficulties which no one today could ever comprehend, no less believe. Yet, a high power from above, Holy Providence, was helping them. From New York they left for Utah, Colorado, Pennsylvania, West Virginia, and Ohio where the coal and copper mines provided work for them. A number of them worked on railroad construction for many years. Of the many cities in which they settled, Salt Lake City, Utah, had become the Mecca of the Cretans, while on Halsted Street in Chicago, one could find all the Greeks in the state of Illinois.

Few Cretans remained in New York in those early years of arrival and several of them settled in New England. In 1900, only three Greeks were working in the coalmines of Utah, and in ten years, their numbers increased to 4,062. At that time the Greeks were considered undesirable aliens and unwelcome in this country. Furthermore, the Municipal Council of Great Falls, Montana, enacted a Bill in 1909 providing for the expulsion of all the Greeks from the town because most of them were investing their savings in various businesses, restaurants in particular. In other towns, also, similar incidents occurred at the expense of the Greeks, which were unjustified and unprovoked. As a result of these incidents, the American government had considered the situation of the immigrants, and decided to limit the emigration of people from various European countries. The greatest punishment, however, was directed against Greece, which was allowed a quota of only 100 immigrants into the U.S. every year.

Harsh, difficult and highly dangerous was the work in the coalmines, but for the Cretans there was no other way to earn their living. Their weekly salary hardly reached $2 and in some very special occasions that of $3. They also faced the problem of strikes, like the one in 1912 at Bingham, Utah. The biggest strike, however, took place at Carbon County, Utah in 1922, when the Deputy Sheriff, R.T. Young, killed a Cretan, John Htenakis. In addition to the dangers one faced from strikes, the Cretan and other miners faced grave danger from explosions. One such explosion in March 1924 at Castle Gate, Utah, killed fifty Greeks. Despite the hard work and troubles they faced, the Cretans were devoted to their families, trying to do everything possible to educate their children so that they could have a better and easier life.

In 1918, Meletios Metaxakis, a famous Cretan priest, came to the United States after he had been elected Archbishop of Athens and Greece. He arrived to organize the Greek communities. The Cretans welcomed the Primate with joy and enthusiasm. At the end of his tour, after establishing the St. Athanasios Ecclesiastical School, he returned to Greece. Later, two other priests came to the United States, Archimandrite Erineos Tsourounakis who later was elected Bishop of San Francisco, and Rev. Mark Petrakis who was appointed to the Greek community in Utah.

THE IDEA TO FORM A PANCRETAN ASSOCIATION IS BORN

In 1916, the Chicago and Suburbs Fraternity were founded with Dr. loannis Volikos as the first President. The total number of members of this community was only 50. In 1928, the presidency was assumed by Demetrios Betinis, a very active and most qualified Cretan. During Mr. Betinis’ administration the number of members increased to 490, and due to his efforts and hard work the Brotherhood had $15,000 in its vaults.

When James Betinis became President of the Fraternity, he expressed the wish for the establishment of a Cretan Federation for the whole of America, an idea which was greeted with enthusiasm by most of the Cretans and particularly by Sam Kounalis of Salt Lake City, Utah. The “Minos” Chapter was founded a year later in 1917, and the “Omonoia” Chapter of New York, in 1918. There was, however, another Association in New York, prior to “Omonoia,” under the name of “Phoenix.” This was dissolved as its members returned to Greece in order to join the Greek army to fight in the Balkan Wars of 1912-13.

Soon after, followed the chapters of Boston, Chicopee, Cleveland, Arkadi, Epimenides and others.
The idea for the formation of the Pancretan Association started to gain ground gradually. A major role in this whole effort was played by Archimandrite Erineos Tsourounakis, Nicholas Kalimerakis, Emmanuel Kafatos, and others. The effort was officially started by “Omonoia” of New York, “Arkadi” of Pittsburgh, and “Epimenidis” of San Francisco in a special general assembly meeting held on April 7, 1929 in NYC.

The meeting resolved to proceed with endeavors to form a PANCRETAN UNION of all the Cretan chapters. The representatives from “Arkadi” and “Epimenidis” agreed to the appointment of a committee consisting of the “Omonoia” officers Emmanuel Kafatos, Vladimiros Constantinides, and Dimitrios Theodorakis to send out invitations to all the Cretan Clubs, to convene to form such union. A blitz of correspondence and public invitations resulted in the first Convention of Cretans at Chicago on October 14, 1929.

After the first convention, the Association continued to progress. Gradually the chapters joining its ranks were increasing in number. It is an important and undisputed fact that there were many Cretans in those early years who worked incessantly and tirelessly for the progress of the Association, and there are thousands of Cretans across North America today who have ensured that the mission of the organization is successfully carried on!

To learn more about the Pancretan Association of America and their great efforts, visit: