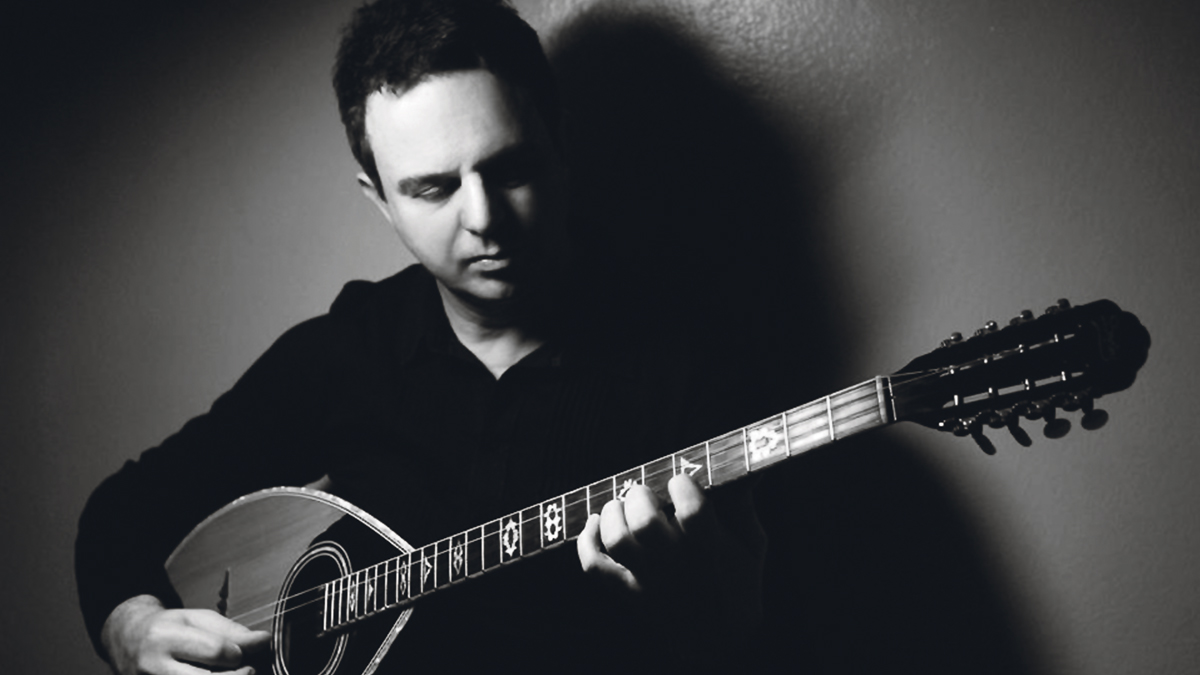 Once Upon a Bouzouki… Interview with Euripides Nikolidis

A self-taught bouzouki virtuoso and a rightful successor in the line of eminent bouzouki players, Euripides Nikolidis is the man behind Bouzouki Fairytales (his first instrumental album). With a career spanning more than 20 years of collaborations with the greatest of Greece’s singers, Nikolidis has earned the acclaim he is receiving.

Politismos had the chance to speak with the composer about his album, future plans, posthumous legacy and the prospect of Greek music abroad.

At the age of 9 you made a decision to teach yourself how to play the bouzouki. How was that desire born?

I have always been attracted to music, but in the small village of Kavyli, Evros, where I lived there weren’t any music instructors. My love for bouzouki grew after watching bouzouki virtuosi like Manolis Chiotis, perform in Greek movies shown on TV. Captivated by the sound that came out of this instrument, I asked my parents to buy me a bouzouki. I have to tell you, convincing them wasn’t easy! In fact, in the beginning they had a negative attitude and proposed to get me a guitar instead. I still remember my exact words “Buy me a guitar and I will throw it out the window”. Once they got me what I so wanted, I got attached to my bouzouki. I started experimenting with the notes, the chords and the music that was created. The only help I got was from a musician who played at local festivals (panygiria); he helped me learn the notes and that was it!

You have worked with some of the greatest modern singers, like Mitropanos and Terzis. Is there a collaboration you feel is a milestone for your career?

There is no need to think… Paschalis Terzis is the answer; my career started thanks to him. It all started in the early 90’s, in Thessaloniki. I remember going to one of his concerts and after the show I went backstage. I told him I was writing music and I even had a melody for him to listen. His words were so encouraging, he even told me to go to his house the very next day… And so I did, with my bouzouki, a recording machine and a mindset filled with ambition! From that meeting at his house, the song “Mi dineis simasia” was born, included in his album “Mia afierosi kardias”. I felt very proud! Since then, I became a member of his musicians’ team for ten years. The 90’s were Terzis’ Golden Decade, as was mine! To this day, he has sung 14 songs of mine and besides that, he owns a special place in my career path.

You have composed music for many renowned Greek singers. Is there a song/melody you feel most connected to?

I love all of my musical creations, I was given the light to compose them. They all come from inside of me, they are my offspring and I am proud! However, songs like “Tha to sviso to fegari” and “Koita ta matia mou” have a special place in my heart. They have both been sung by Paschalis Terzis and I am deeply moved to still hear them on the radio. Being relevant after so many years makes them timelessly beautiful. They still evoke emotions, people identify with them and this is why they stand out.

After more than a 20-year career, you released your first album just recently. Why was now the right time?

I had entertained that thought for years but my everyday pace of life didn’t leave any space for this idea to bloom.  Working at night, traveling, and composing music for singers made it difficult for me to pursue the ambition of publishing my own work. However, the notion of leaving something behind when I am gone, made the idea of this album grow on me more intensely. I have immense respect for bouzouki players, Tsitsanis, Chiotis and so many more and I want to continue their work, so I hope this album is my posthumous legacy. I think the timing is perfect too; in times of crisis, the Greek people turn to folk (laiki) music!

Your album was released both in Greece and abroad. What do you aspire to achieve with this album abroad?

The idea of releasing the album internationally (UNIVERSAL music) came after comments I received on my YouTube channel. On the videos of instrumental music I have uploaded, I began getting lots of positive feedback from people all over the world. People abroad have huge respect for Greek musicians like Mikis Theodorakis, but they don’t know many younger, contemporary composers. I figured that it was time Greek composers began exporting their work and show the world that the younger generation honors the legacy and continues the music production. People love the bouzouki and my ambition is to reintroduce it with a contemporary approach.

You are an instructor while you also look for new talents. How important is for the young people to preserve the art of playing bouzouki?

The national instrument of Greece is bouzouki, it is a part of its history and culture. By preserving the art of playing bouzouki, young Greeks preserve part of their history, honor their present and guard their future. Thankfully,

I am very pleased to see that the new generation has an avid interest in traditional instruments like bouzouki, kanonaki and santouri and I am very happy to have teamed up with some representatives of this generation at the Children’s Orchestra Typaldos.

What are your plans for the future?

Everything I plan to do in the future revolves around creating my posthumous legacy… Being creative means everything to me, and one of my main goals is to keep composing as many pieces possible, release a second instrumental album and create timeless art.

Music means culture and I want to contribute to it, the best way possible. And, along with other activities, this summer I will be participating in a Festival in Ancient Olympia and Evros.