Politismos eMagazine | Of Mountains and Myths: The Wonders of Mount Parnassos…
7344
post-template-default,single,single-post,postid-7344,single-format-standard,ajax_updown_fade,page_not_loaded,,large,shadow2 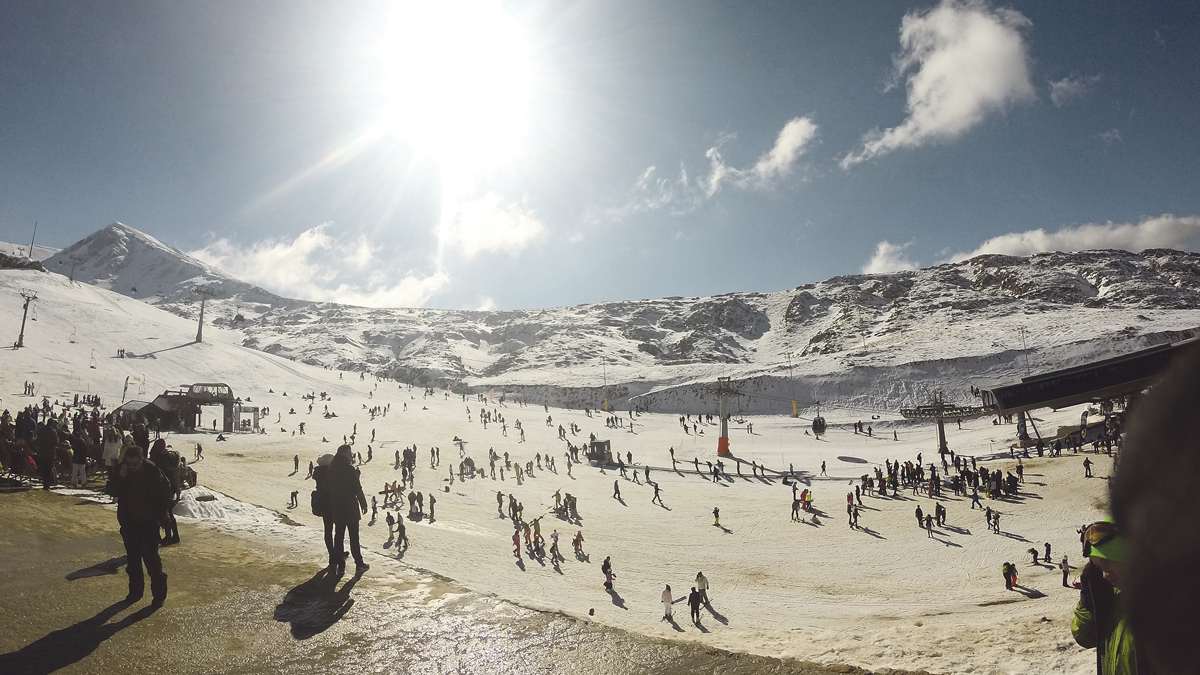 Of Mountains and Myths: The Wonders of Mount Parnassos…

Mount Parnassos, one of the most beautiful mountains in Greece, is located only two hours away from Athens. Its spectacular topography and rich biodiversity place it among the most important mountain environments in the country. According to Greek mythology, this mountain was sacred to Apollo and the Corycian nymphs, and it was the home of the Muses. With elevations peaking at over 5000 and 7000 feet, Parnassos makes for the ideal winter sports destination, but also a magical place in which to escape…

Etymologically, the word Parnassos has pelagasian origins and means “forested land.”  The mountain was named for the hero Parnassos, descendant of the nymph Kleodora and Poseidon. Parnassos founded the Oracle of Pitho, which the god Apollo later seized.

Parnassos was also the mountain where Deucalion and Pyrra found shelter during the “Great Flood.” According to Greek cosmology, the Bronze Age generation was quite corrupt. Greed, anger, and jealousy thrived among a people who also started forgetting to pray and honor their gods. Zeus was angered by their unacceptable behavior and sent a flood to destroy all humankind. Only two people, known for their morality, survived. Deucalion and his wife Pyrra constructed a boat and waited for the flood. The boat drifted for three days when the water, which had covered every mountain end every tree, slowly drained away. Finally the day came when the boat rested upon dry land, on Mount Parnassos.

The Parnassos Ski Center, at Kelaria and Fterolakka, operates from December until the beginning of May. With 19 ski runs, this ski center is the biggest in Greece. Its facilities were designed to serve a great number of visitors, skiers, and snowboarders. Visitors can enjoy a warm coffee in one of the chalets while others eat a traditional meal at the restaurant. Ski and snowboard schools, as well as ski and snowboard rental equipment, are available for visitors.

When visiting the area, visitors must see the Ethnographic Museum of Arachova, which is housed in a neoclassical building located in the center of the village. The museum exhibits traditional arts. Weaving has been one of the primary forms of traditional arts in the region, and textile production has a long history Arachova. The village women began the art of weaving around 1850, and conducted their craft mostly in their homes, but sometimes in workshops.  Their work became widely recognized after a 1927 exhibition in Arachova and Delphi that displayed their products. Suddenly, their work was in high demand and commercial production took off. Visitors rarely leave Arachova without taking a beautiful woven keepsake home with them.

Near Parnassos stands the spiritual center of the ancient world, Delphi. The Pan-Hellenic sanctuary of Delphi dates back to 1400 BC; it is known as the location of the oracle of Apollo. It is one of the most important sites of the ancient world. It was added to the list of World Heritage UNESCO Sites in Greece in 1987. Delphi was often referred to as the “omphalos” (navel), or center, of the world.

Legend says that Delphi was the sacred place of the earth goddess Gaia, guarded by her son, the serpent Python. The god Apollo slayed him and took this enchanted place for his own use.  The oracle was one of the most significant and sacred places of Ancient Greece.  Here, ancient Greeks came to hear Pythia, or the priestess of Apollo, tell what the future held in store, particularly their fortunes often told in cryptic tales or riddles.

The Archaeological Museum of Delphi is most likely one of the most important museums in Greece. With 14 exhibit halls, as well as conservation laboratories for pottery, metal objects and mosaics, the museum has an impressive collection of architectural sculptures and statues that shed light on the religious, political, and artistic activities of a key period within Ancient Greek history.

Mount Parnassos is a unique destination with something for everyone to enjoy.  From pristine landscapes to rich cultural arts and historic sites, this mythical place is sure to please even the most discerning of travelers’ tastes. Visit the mountain, and live your myth!