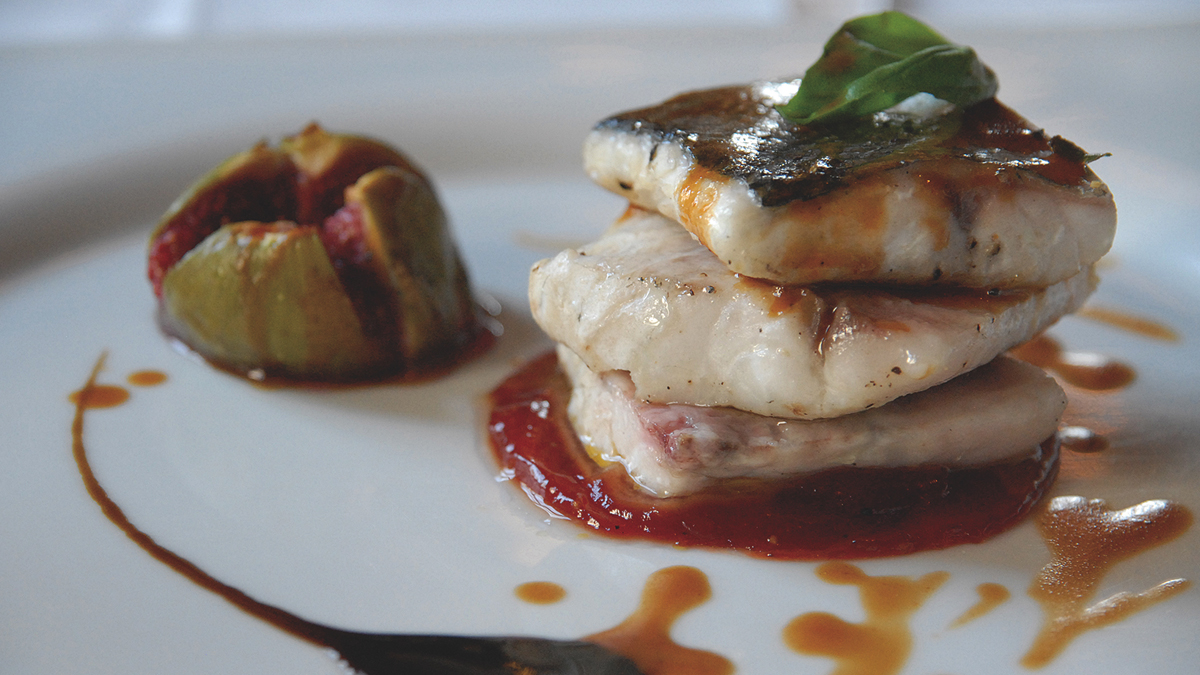 In Greece over the past few years, there has been a noteworthy transformation, a sort of revolution… The evolution of culinary art has led many young chefs and professionals in the field of mass catering to focus on reforming Greek cuisine. During the past 25 years what has come to be commonly known as New Greek Cuisine has been created.

New Greek Cuisine, NGC for short, is in fact difficult to define for two reasons. On the one hand, it is a challenge to determine its characteristics as the traits of “old” Greek cuisine have not distinctively been specified yet. On the other hand, a definition is hard to be given as the development of NGC is still in progress. However, it’s possible to understand what the evolution of Greek cooking is about through a descriptive approach. New Greek Cuisine could be described as the outcome of professional chefs’ efforts to present a reinvention of Greek recipes and gastronomic memories by using modern techniques for cooking and presentation of food. This description consists of many words which need to be analyzed and further explained. My attempt is to briefly convey the meaning of these terms, below.

Greek cuisine is difficult to define as it has been influenced by the cuisines of other countries, neighboring or otherwise. People tend to think that moussaka, tzatziki, dolmadakia (stuffed vegetable dish) or souvlaki are dishes with Greek roots. On the contrary, these dishes are representative foods of a supposedly Greek cuisine. Meaning that even though these types of food are not inherently Greek dishes, they bring out gastronomic memories, emotions and images reminiscent of Greece and consequently, they are thought to be Greek. As a matter of fact, what is described to be a part of Greek cuisine is food that the Greeks traditionally eat at home. Ingredients of the dishes are inextricably related to typical Greek products which provoke emotions and memories of a Greek reality; the tastes of a mother’s food or gathering by the family table are memories which come to mind.

Different regions all over Greece have developed various cooking practices, mainly due to the regional diversity of Greece, but there are common features and a point of reference. Products such as fish, goat meat, legumes and vegetables, herbs, olive oil, olives, wine, dairy products, honey, bread and recipes such as traditional pies, gemista (stuffed tomatoes filled with rice), spanakorizo (widely known as Greek spinach risotto), Greek salad, moussaka, marmalade, spoon sweets (glyko tou koutaliou) constitute a substantial part of Greek cuisine. More importantly, these recipes are available in a number of variations and versions.

In the mid 1980’s, gifted individuals – Lefteris Lazarou in Piraeus or Georgios Hatzigiannakis in Santorini – reluctantly but steadily made an effort to reinvent Greek dishes by using local products (fish from the Aegean, capers, sundried tomatoes, eggplants etc.) and cooking them with modern techniques. These techniques enhanced Greek cuisine, which was until then underrated, with a sophisticated touch.

These first efforts by chefs who tried a change were the precursor to what would come next. A number of noted chefs and their students were persuaded to bring a new approach to traditional Greek cuisine and create what has come to be known as New Greek Cuisine, thereby claiming a rightful position on an international level.

The new generation of Greek cooks has gained significant experience working with renowned chefs abroad. Moreover, they constantly study and stay informed about new techniques and global trends, while carrying a culinary heritage based on local products and the memories of an evolving Greek identity as previously described. What this means is that they have achieved in creating traditional dishes with a touch of modernity. So, the spinach risotto (spanakorizo), orzo, trachanas, fava (yellow split beans puree), the taste of tomato and feta together with Greek olive oil find their place again on the Greek table through a process of composition and decomposition of ingredients. The goal is to seek and enhance the simplicity and purity of primitive flavors, like the sea salt in a bass, the aromatic herbs in oregano, the refreshing acidity of a lemon, the spicy aftertaste of olive oil from Kalamata, the sweet taste of a fig and the many other exceptional flavors from all over Greece.

The main purpose of this New Greek Cuisine revolution is to stimulate not only the appetite but also the brain. When eating foods containing ingredients from various regions of Greece there is an explosion of taste which floods the mouth while making the brain travel to different places. The clear waters of Epirus, the smell of the soil of Macedonia, the intensity of Thrace, the aromas of the fruits of Thessaly, the smell of yogurt from Central Greece, the olive groves of the Peloponnese, the fields of Crete, the sunlight reflected in the white Cycladic houses and the blue waters of the Aegean, all are images that come to mind when having a bite of an extraordinary dish.

These are the traits of New Greek Cuisine as it seeks its identity. Souvlaki, moussaka and tzatziki do not define Greek cuisine; on the contrary, they represent a more tourist-oriented cuisine. Modern Greek cuisine is based on simplicity, raw materials, and the skill and talent of Greek cooks. This Cuisine is worthily representing Greeks, and should be introduced to the world at large.

Harris Tzannis was born in Athens in 1971. He graduated as a Multimedia Application System Specialist with a postgraduate degree on the field of Content Management of Digital Platforms[Paris, 2000].  In the 1980’s during his school years, he gained experience working with the chef and the pizza maker at an Italian restaurant belonging to his family. He also worked as an assistant waiter. His experience encouraged him to truly love the process of food preparation and grow respect for the professionals in the field of Mass Catering.  Combining technology along with the things he loves most, food and language, he created “The White Word of the Day” while publishing linguistic dictionaries at the same time [2003]. In 2001, in collaboration with Marianna Kavroulaki he issued the culinary dictionary “The Language of Taste”.  Currently, he provides content for shows such as “The Chefs” and “The Bartenders” on fnl-guide.com, while as a permanent associate on fnl-guide.com he is in search of Greek products and writes about contemporary Greek gastronomy production.