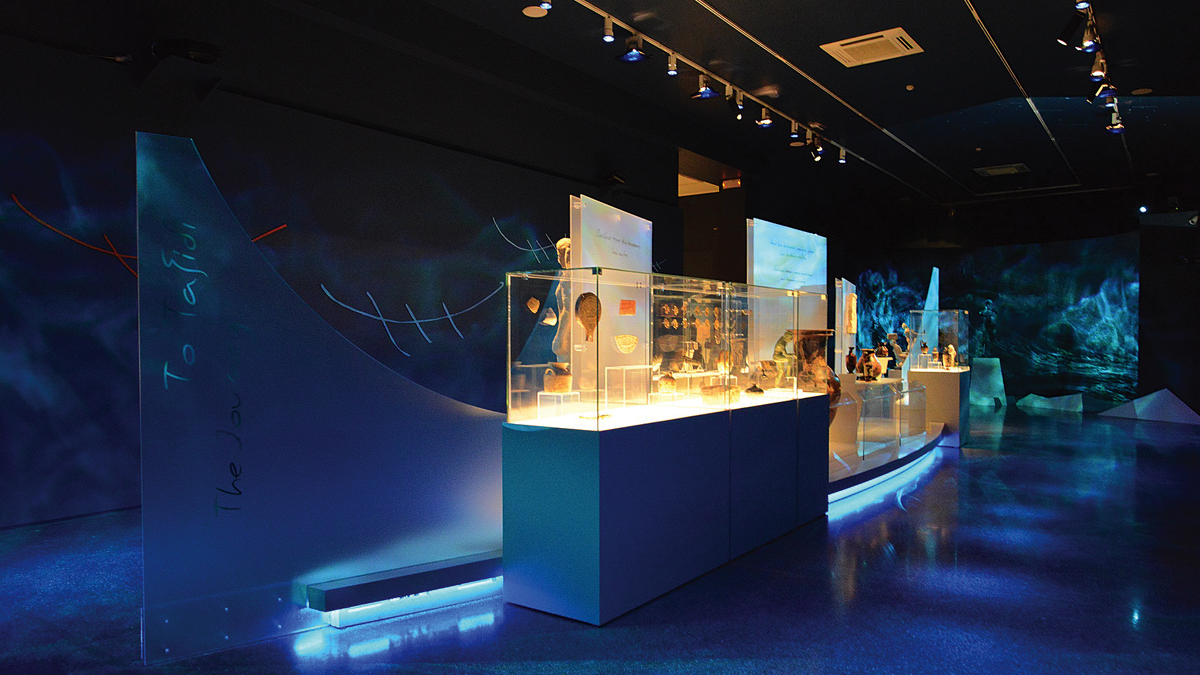 The 150th anniversary of Greece’s National Archaeological Museum could not be better celebrated than with the “Odysseus” exhibition, a reflection of the nature of the Ancient Greeks and their inspiring culture.

The National Archaeological Museum is without doubt the diamond in Athens’ crown, and the most significant museum in the world for Greek antiquities. But it is the impressive architecture of the building (and entry way adorned with an elongated neo-classic design garden, decorated with sculptures) is what initially captures the attention of visitors. The construction of the neo-classical style building began in 1866 and was completed in 1889 under the supervision of great architects of that era like Ludwig Lange, Panagis Kalkos and Ernst Ziller.

The rich exhibits of the Museum includes seven major sectors:

The Epigraphic Museum (expanded between 1953 and 1960) is found in the South Wing and houses the richest collection of inscriptions in the world.

All these artifacts tell the story of Ancient Greece from the turbid prehistoric era to the post-Roman period. Visitors cannot but plunge into a 7,500-year trip through some of the most incredible civilizations on Earth.

In October 2016, the National Archaeological Museum began its celebration of the 150th anniversary of its foundation stone which was laid in 1866. The yearlong exhibition has attracted the attention of the press, academics, students and every day people.

Entitled “Odysseus” (Οδύσσειες), the exhibit includes 184 unique artifacts which take the visitor on an adventure through time… an adventure not unlike the protagonist of Homer’s poem “The Odyssey”. Greeks, of course, have always been explorers, both literally and metaphorically. Divided into three thematic units, the Odyssey includes:

The Journey – the tendency of man to seek new adventures during his perpetual quest for new material sources, new lands and ideas. Visitors “travel” through a mythological past that continuously reflects ancient’s man search for knowledge.

Ithaca – the conceptual nostalgia of man for his fatherland (like Odysseus has felt for Ithaca) and the urge of societies for welfare and progress as well as the “αγών” (struggle) of mortals against the unknown.

The Exodus – the reflection of man’s feats through time. All major deeds of the past are a lighthouse for new generations to continue the “journey” and develop society.

The printed catalogue of the exhibition includes a number of texts and images (from Museum’s collections) that introduce the reader to the geopolitical environment where the ancient Greeks lived and worked (the Helladic region and the Mediterranean basin).

The exhibition is enhanced by Vangelis Papathanassiou’s musical works “Ithaca” and “Voices” as well as theatrical scenery donated by the Eugenides Foundation, the National Theatre and the Niarchos Foundation.

The Odyssey is on exhibit at the National Archaeological Museum now through October 2017.

To learn more and plan your visit:
www.namuseum.gr