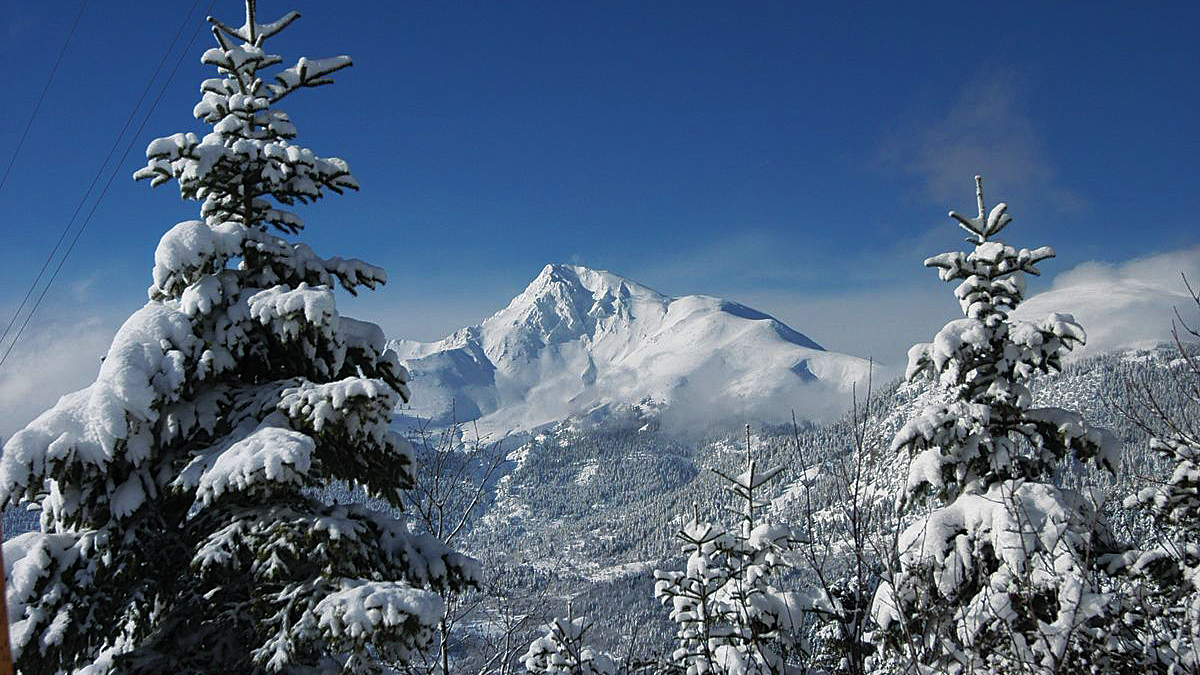 The prevailing theory is that Evrytania is named after Evrytos, a renowned Aetolian hero & mythical king of the ancient city of Oihalia, who was also said to be an inventor and an excellent archer. Generally speaking though, very little is known about the prehistoric past of the region.

During the Peloponnesian War, the Evrytanians (the people of Evrytania), who lived in northern Aetolia and were famous for their military skills and considered to be the strongest and cruelest of all (five) Aetolian tribes. In 429 BC, Athenian troops lead by General Demosthenes suffered a brutal defeat when they launched an offensive against Evrytanians & Locrians.

In 279 BC the Gauls, led by chieftain Brennus, raided Macedonia, Thessaly, and Central Greece. According to tradition, the village of Klafsi, near River Karpenisiotis, owes its name to the weeping of the survivors of a devastating Gallic attack in the area. (“Klafsi” comes from the noun “klaf-thmos”, which is Greek for weep). Eventually the Evrytanians and the rest of the Aetolians did manage to crush the Gauls. A column commemorating said victory stands near the international E-road network tunnel of Tymfristos, in an area called “Kokkalia” (from “kokkalo”, Greek for bone), which is believed to be the place of the victorious battle and was thus named after the bones of the dead.

Karpenisi was created during the Ottoman occupation when five pastoral settlements were united and it soon became an important trading, crafting, administrative, and religious center. During the same period the entire region of Evrytania became a notable academic center. Prominent scholars of the 17th century, like Eugene Giannoulis Aetolos, and famous schools such as the School of Higher Education of Karpenisi (“Scholi Anoteron Gramaton”) and the School of St. Paraskevi in Gouva (“Ellino-mouseon Agrafon”) in Vragian, Agrafa, played an important role in shaping the region’s academic fame.

The Evrytanians actively participated in the revolutionary movements against the Turks and contributed greatly to the liberation of Greece. They fought bravely, led by legendary captains and chieftains like Antonis Katsantonis (1773 or 1775-1808), Kostas Lepeniotis (1785-1815) and Kostas Stergiopoulos-Velis (1770-1821, chieftain of Agrafa and member of the Society of Friends, aka “Filiki Eteria”).

Markos Botsaris (1790-1823), the grand hero of the Greek Revolution, was killed in the well-known battle of Kefalovryso on August 8th, 1823. He was the son of Kitsos Botsaris (who had also been a fighter against Ottoman rule) and had participated in “the campaign of Epirus” and historic “Battle of Peta” (July 4th, 1822). A monument dedicated to him, stands in a beautiful recreational area in Kefalovryso, surrounded by veteran plane trees, cobblestone benches, and natural springs.

Another famous monument stands near the mountain lodge of Kaliakouda, dedicated to another remarkable fight of the Greek Revolution era, the Battle of Kaliakouda, that took place on August 28th, 1823.

Evrytania was also an important site during the Greek Resistance in WWII, associated with the formation of the Political Committee of National Liberation (commonly known as the “Mountain Government”).

Apart from its two major points of attraction, the capital city of Karpenisi and the Velouhi Ski Resort (in Tymfristos), Evrytania offers a great number of options, ideal for fans of active tourism:

The following travel ideas are sure to offer rare images, one-of-a-kind experiences, and much excitements to all visitors: