Politismos eMagazine | Mystras: the dwelling of the last Emperors
5422
post-template-default,single,single-post,postid-5422,single-format-standard,ajax_updown_fade,page_not_loaded,,large,shadow2 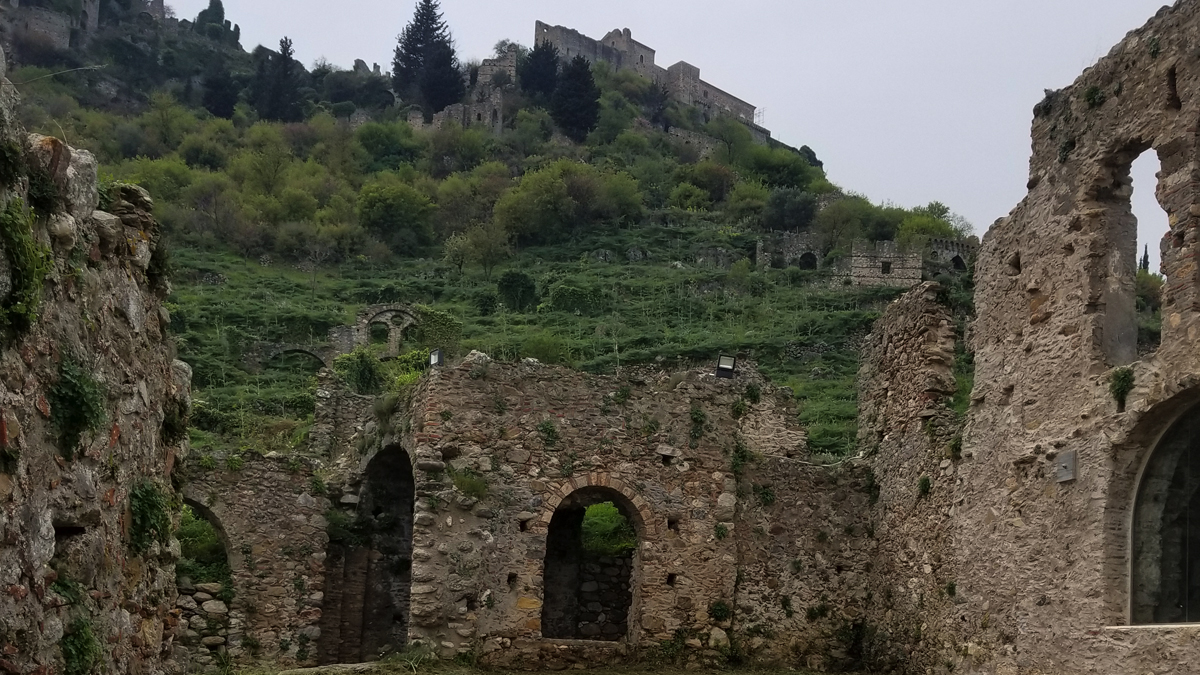 Mystras: the dwelling of the last Emperors

The fortified city of Mystras sprawled on the northern slopes of Mt. Taygetos in the vicinity of the modern city of Sparta. The early settlement was founded by the Frankish prince William II in 1249, forty-five years after the occupation of Constantinople by the Franks. The solid castle walls effectively made the Mystras town impregnable by land. However, the Byzantines captured Mystras in 1262 and in the 14th c. became the capital of the independent Despotate of the Morea (Peloponnese).

Under the Ottoman threat throughout the 15th c., the Byzantines used the castle-town as the center of the imperial coronation. The last emperor of the Byzantine Empire Constantinos Palaeologos was crowned at Mystras in 1448. He ruled only for five years before his glorious death during the siege of Constantinople by the Ottoman Turks.

After the end of the Byzantine Empire in 1453, the capture of Mystras by the Turks was a matter of time. In 1460 the city was conquered and stayed under Ottoman rule until 1821 when the Greek insurgents liberated a big part of Peloponnese, Mystras included.

In the course of the Byzantine and the Ottoman occupation, Mystras was a prosperous city and thus a big number of impressive monuments are accessible for the modern visitor. The whole archaeological site consists of the medieval castle and the fortified settlement which encloses monasteries, churches, chapels, houses and palaces from the mid-13th c. until 1953.

Over the last decades the restoration works carried out by the Archaeological Agency, gradually gives the place the charm of the glorious past. In addition, the small but well-organized Museum of Mystras, gives us a glimpse of the way of living during the medieval, post-medieval and pre-revolutionary years in Peloponnese.