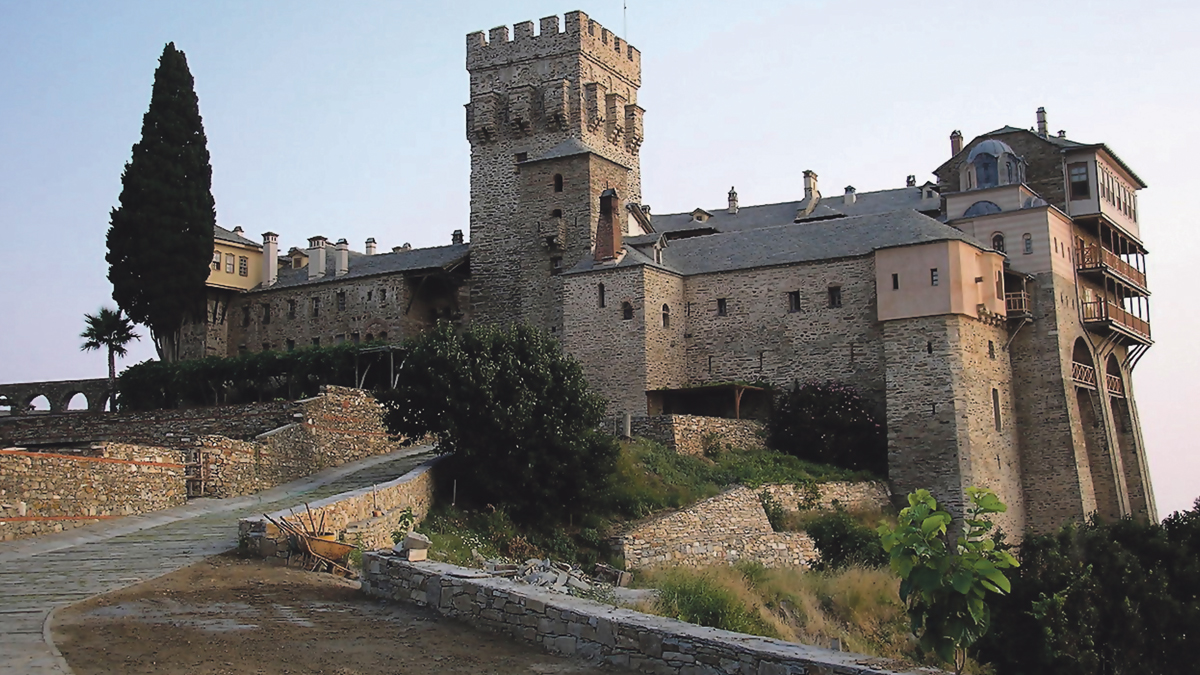 The Middle Ages were times of growth and expansion for the monks. Around 1100 AD the number of monasteries rose to more than180, an unknown number of monk-huts spread across the valleys and forests. Often conflict between monastery life and ascetic isolated life was inevitable, though in general all the monks of Athos were under the protection of the Byzantine Emperors and thus enjoyed a number of privileges and donations, as well as the benefit of not enduring taxation. Therefore, as larger monasteries owned such vast tracts of land and property, a state of hierarchy and oppression resulted and put small land owners, and poor monks, at a disadvantage. Eventually, Mount Athos would also be separated between the Greek Byzantine monasteries and newcomers, monks from Serbia, Bulgaria and Russia.

After the 3rd Crusade (1204 AD), the Mount Athos peninsula was conquered by the army of the Latin kingdoms –primarily from -Italy and France. The privileges Byzantine Emperors once offered abruptly came to an end. In 1261, after the restoration of the Byzantine Empire, the Holy Mountain began to thrive again until 1453 when the Ottoman Empire conquered the Byzantine world.

The Holy Mountain is not just a tourist attraction for tranquility-seeking men it is also an eternal fight with the philosophical notion of time. The sense of isolation and connection with nature and God are dominant when visiting the slopes of the Mount Athos peninsula. Being “religious” or less than religious matters not when you question the meaning of life. Mount Athos will capture both your mind and heart. n

Learn about the various monasteries of Mount Athos here: