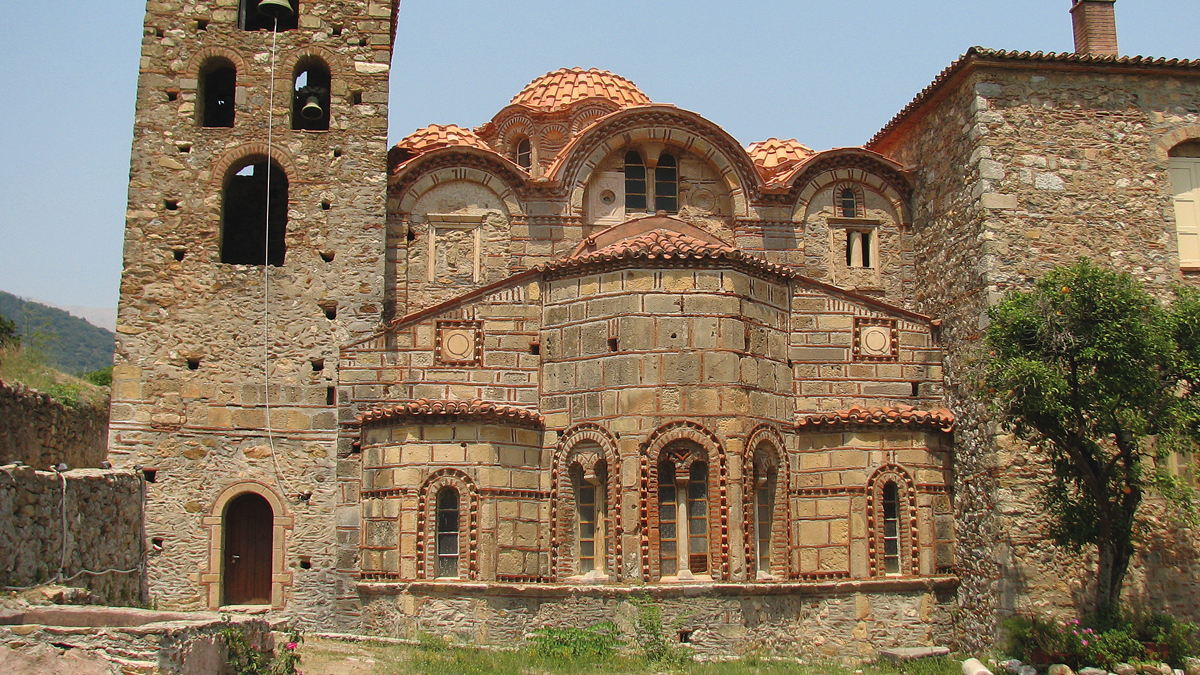 The Peloponnese – forged by war & peace

From ancient Olympia, birthplace of the Olympic Games, to Elafonisos, Messinia, Kalavryta, Mani, Monemvasia, Mycanea, Mystras, Nafplion or Porto Heli, the Peloponnese is abundant with lush landscapes and cities of distinctive character. But you will find that the Byzantine “Despotate of Morea” is one of the greatest authentic cultural destinations of Greece!

After the conquest of Constantinople by the forces of the Fourth Crusade (1204 CE), two groups of Frank crusaders under the rule William of Champlitte and William II of Villehardouin, marched south through mainland Greece and conquered the Peloponnese. They founded the Principality of Achaea, one of the three vassal states of the Latin Empire which they retained until the 15th century. In referring to the Peloponnese, they followed local practice and used the name “Morea”. Its etymology is disputed, but it is most commonly held to be derived from the mulberry tree (morea in Greek), whose leaves are similar in shape to the peninsula.

Guillaume II of Villehardouin (1246–1278) fortified Mystras in 1249. After losing the Battle of Pelagonia in 1259 against the Byzantine Emperor Michael VIII Palaeologus, Guillaume was forced to give up most of the eastern part of Morea and his newly built strongholds. In the mid-14th century, the later Byzantine Emperor, John VI Kantakouzenos reorganized the area into the “Despotate of Morea”. Situated on Mt. Taygetos near ancient Sparta, Mystras served as the capital of the Despotate in the 14th and 15th centuries, experiencing a period of prosperity and cultural growth.

By 1430, the Byzantines eventually recovered the remainder of the Frankish part of Morea, but in 1460 the peninsula was almost completely overrun by the Ottoman Turks. They had already began raiding the Peloponnese since 1358 but their raids intensified after 1387, when commander Gazi Evrenos Bey took control. Exploiting the quarrels between Byzantines and Franks, he plundered across the peninsula and forced both the Byzantine despots and the remaining Frankish rulers to acknowledge Ottoman sovereignty and pay tribute.

Demands subsided after the Battle of Ankara in 1402 when Ottomans were defeated and their power was for some time subdued. Incursions into Morea resumed under commander Turahan Bey, governor of Thessaly, when he breached (once in 1423 and again in 1431) the six-mile defensive wall – aka the “Hexamilion Wall” – constructed in antiquity across the Isthmus of Corinth to guard the only land-route into the Peloponnese peninsula from mainland Greece.

Constantine Palaiologos restored the wall in 1444, but the Ottomans, under Murad II, breached it again in 1446, forcing the Despots of Morea to re-acknowledge Ottoman suzerainty. By 1458, the Ottomans had occupied a third of the Peloponnese and Sultan Mehmed II extinguished the remnants of the Despotate in 1460. The last Byzantine stronghold, Salmeniko Castle at the foot of Mt. Panachaikon in Achaea, under its commander Graitzas Palaiologos, held out until July 1461.

Francesco Morosini later seized the peninsula during the Morean War of 1684–99. Venetian rule proved unpopular, and the Ottomans recaptured Morea in 1714. By the end of the 18th century, armed bands of “klephts” – strengthened both by the decay of the Ottoman Empire and the emergence of Greek national consciousness – fought against the Turks. Ultimately, Morea and its people became the cradle and backbone of the Greek Revolution.