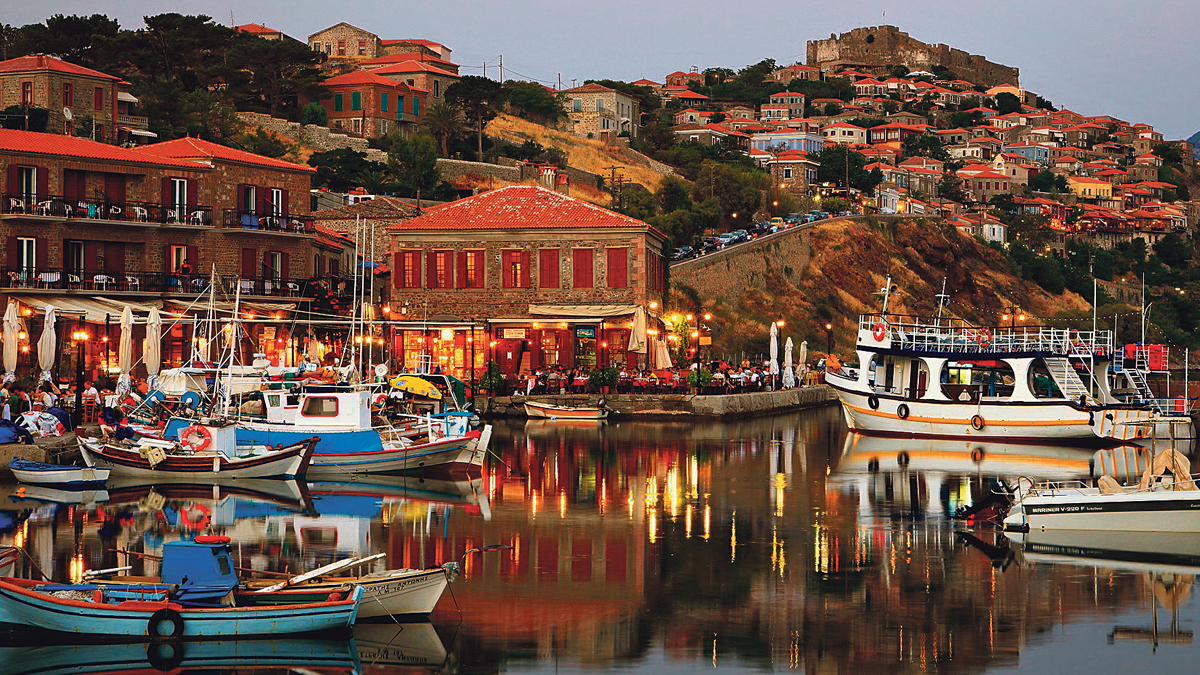 Lesvos: The island of flora, fossils and fabulous beaches!

It’s an island with a long history… Sometimes called Mytilene (the name of its capital city), it has many secrets and wonders to behold. The Petrified Forest, Byzantine villages and homeland of the Ancient Greek Poetess Sappho… this enchanting island is a traveler’s must see!

Lying on the northeastern Aegean Sea, it is naturally blessed with an abundance of mountain ranges, forests, springs and architectural wonder. From picturesque wooden bridges to unexplored caves, the adventure traveler will be delighted. And the array of solitary little chapels to stately monasteries offer a breathtaking experience.

The glory of the past is revealed in its archaeological sites. Byzantine churches and Ottoman monuments are all splendid examples of the island’s traditional architecture.

The diversity and bold contrasts of its terrain are spectacular, all leading to the wonderful beaches of the island. Whether you prefer sand, pebbles, vegetation or rocks, Lesvos is blessed with it all. Pick your preference and chose from its countless beautiful beaches, some of its best are Eresos, Vatera, Saint Hermogenes, Saint Isidoros, Melinta, Anaxos, Molyvos, Petalidi, and so many more.

The island boasts some incredibly unique attractions. During your stay, don’t forget to:

… visit the Petrified Forest, one of the most beautiful monuments of global geological heritage. It extends over the northwestern portion of Lesvos, in a region covered almost exclusively by volcanic stone.

… stroll in the city of Mytilene and admire its traditional houses or the picturesque alleys of Molyvos and Agiassos.

… bathe in the island’s thermal springs, for a unique, virtually mystical experience, and revive your soul after meandering along the cobbled paths.

… visit the castle of Molyvos on the northern part of the island. It is the second large and most important fortress in the island. Built during the Byzantine era, on the ancient remains of the fortification, it is made of trachyte, a fine-grained and generally light-colored volcanic rock. Throughout the years, the castle has been renovated, and today it’s considered as one of the most well preserved fortresses in Eastern Mediterranean. During summer, many cultural events are hosted here.

…visit Taxiarchis’ Monastery in Mantamados. It’s the most famous monastery on the island, located north of Lesvos, about 22 miles from the city of Mytilini. According to the legend, Saracens pirates invaded the Monastery and massacred all the monks except for a novice-monk who had hidden on the roof of the church. Suddenly, the scared monk saw the shape of Archangel Michael (Taxiarchis) raising his glaive (a European polearm weapon) against the Saracens who scuttled away. His life saved, the monk sought to honor the miraculous works of Taxiarchis. He took soil, he mixed it with the blood of his dead monk brothers and made the sculpture of Taxiarchis.

… climb up to Petra’s Virgin Mary, a church literally sitting on the top of a giant rock. You can reach the top of the rock by climbing 114 carved stone steps.

From the church, the view of Petra and the surrounding sea and countryside is spectacular extending all the way to the coast of Asia Minor.

… visit the ancient theatre, on Mytilene’s northern hill of the city, built in Hellenistic times and restored by the Romans. Its acoustics are considered to be equivalent to that of Epidaurus’ theatre.

… drink ouzo. The island is renowned for its ouzo, its olive and cheese products, yogurt, and its seafood (Kalloni salted sardines – sardeles pastes – are famous all over the world). Try the famous drink with the special mezes appetizers that traditionally accompany it!

Lesvos moves, captivates, excites. A single visit is never enough to discover all of its beauty, grasp its essence and tastes, or reveal all its secrets…