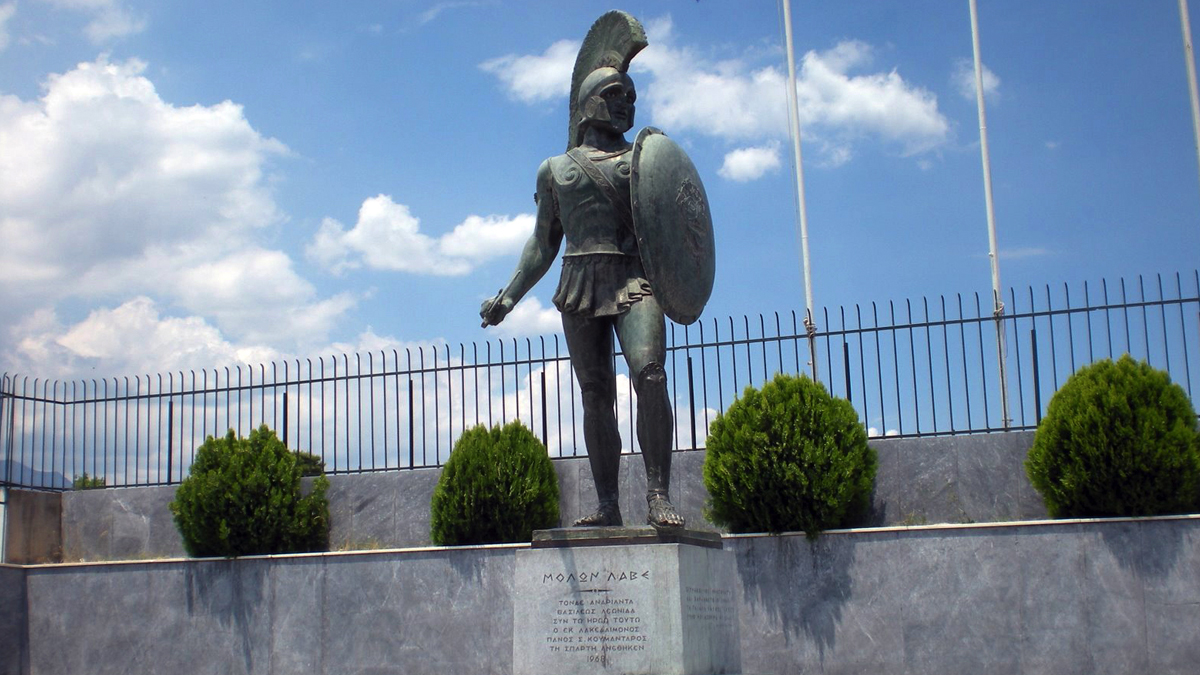 Leonidas: the sacrifice of a king

Leonidas is a widely known hero king, an example of self-immolation and defiance of despotism. He and a force of 300 Spartan troops sacrificed themselves after a fierce battle against the Persians in 480 BCE. The narrow pass of Thermopylae is a sacred grave, a symbol of the highest of the human values: freedom.

The Greek historian Herodotus describes the lineage of Leonidas going back to the mythical hero Hercules. His father, the Spartan king Anaxandrides, had four sons and therefore, it seemed unlikely for Leonidas to represent the Royal House of Sparta. However, he became a king after the coincidental death of his brothers, sometime around 490 BCE.

He was destined to be the Spartan king when the second Presian invasion took place in 480 BCE. The decision of the Greeks to face the vast Persian army at Thermopylae was a strategic trick in order to buy time. Leonidas was the leader of the entire Greek army. Xerxes, the Persian king, was so confident about the battle result that he sent a message to Leonidas to ask for the Greeks to surrender and lay down their arms. The Spartan king replied with the famous Doric way: molon labe (come and get them).

After a three-day battle, the Greeks were betrayed by a shepherd who led the Persians behind the Greek lines. Leonidas ordered the army to leave the battlefield and kept with him only the Spartans and the Thespians. After a heroic last stand, the Greek forces were wiped out to a man. A golden page of heroism against the tyranny was added in human History.