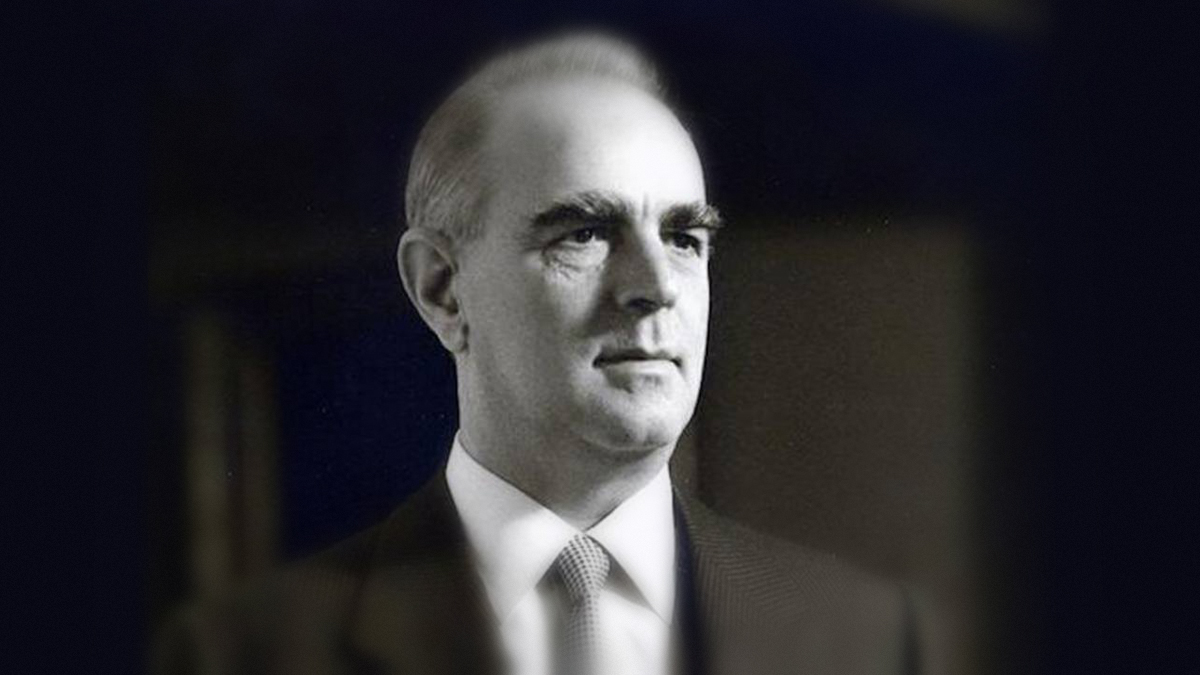 On March 8, 1907, in Proti, near the village of Serres, the future four-time Prime Minister Konstantinos Karamanlis was born. This son of a poor schoolteacher would grow up to help restore democracy to Modern Greece.

Konstantinos Karamanlis was the oldest of seven siblings. During his formative years, there was much unrest in Serres, it was sure to have made an impression on him and help shape his hopes for his motherland Greece. During the first Balkan War a Bulgarian army captured Serres in November of 1912, but was then forced to withdraw by Greek forces commanded by the King of Greece, Constantine I, during the Second Balkan War in 1913. Thereafter, as the National Schism erupted in Greece, the Central Powers temporarily occupied Serres after King Constantine ordered the local garrison not to resist to a token force of the Imperial German Army; eventually the city was liberated in 1917 by Greek-French Entente forces under the Venizelos government.

Karamanlis was fortunate to find a benefactor who would send him to attend secondary school and the University of Athens. By 1935, he was a practicing attorney in the city of Athens and was elected to Parliament as a member of the Populist Party. Serres greatly respected him as their representative and continued to reelect him. Between 1946 to 1955 – a time of struggle and renewal for war torn Greece – he served in a number of cabinet posts and had made a name for himself. He was recognized and respected as someone who worked diligently to rebuild Greece as well as support the Greek refugees.

In his role as the Public Works Minister during the years of 1952- 1955, he oversaw key infrastructure programs that would be key to Greece’s modernization and economic development. Karamanlis earned high marks in public opinion. His reputation had grown such that when Alexander Papagos died October 1955, the King of Greece named Karamanlis as prime minister.

In 1956, Karamanlis formed his only government, and his own party – the National Radical Union (Ethniki Rizospastiki Enosi). His party won strong victory in 1956, 1958 and 1961, allowing Karamanlis to serve eight consecutive years as prime minister during a crucial time of development and restructure for Greece.

In 1963, Karamanlis resigned his office following a disagreement with the King. Sensing the political tensions and discourse ahead for Greece, Karamanlis left the country for Paris. He would not return to Greece until 1974, after the fall of the Junta and when he was re-elected as prime minister with 54% of the vote. He served six years, now as the leader of the New Democracy party. He saw a new constitution and its enactment for the country by 1975.

In May of 1980, Karamanlis was elected President of the Republic – the first of two consecutive five-year terms. During his presidency, he worked to strengthen the nation, bring about solidarity, protect the country’s international interests and ensure a place for Greece as a successful member of the European Union. He is considered one of the great leaders of the country, with the foresight and ambition to see Greece and her people achieve the greatness he strongly believed they deserved.