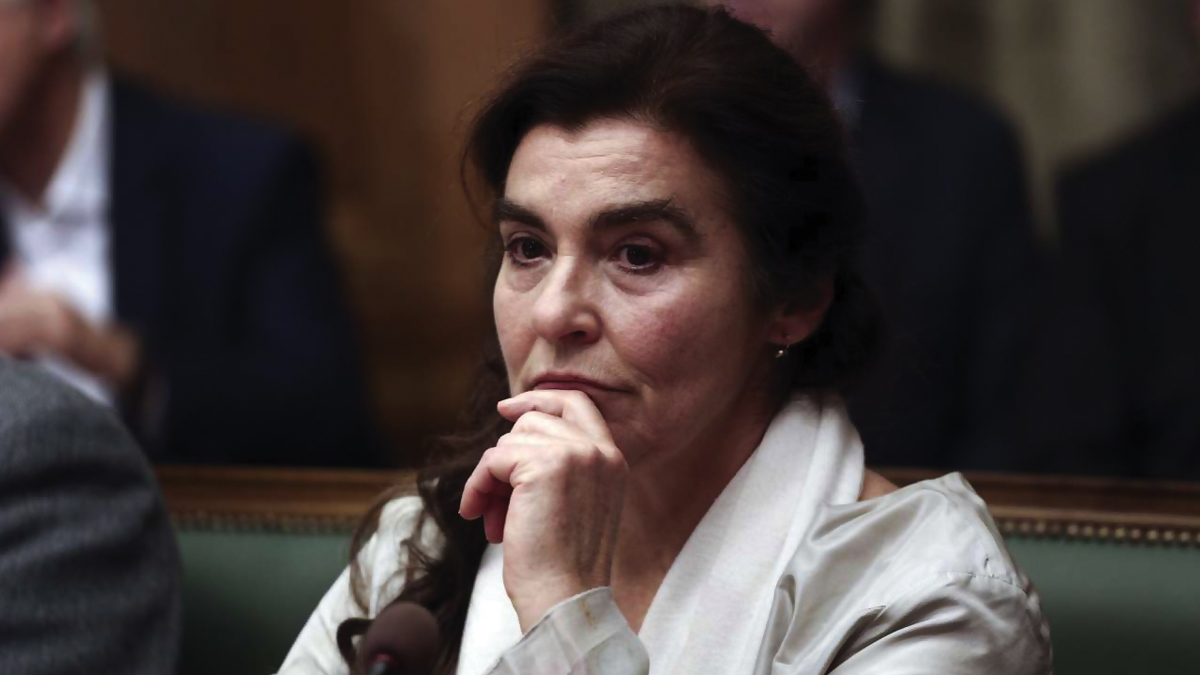 Lydia Koniordou, Greek Minister of Culture, “I was ready for this new chapter in my life”

“Greece has major assets in its rich cultural heritage, the breathtaking beauty of the landscape, the ingenuity of its people and their hospitality, the high quality local products. Culture can be the force that can dynamically combine these comparative advantages and bring new confidence, hope and prosperity to the Greek people.” ~ Lydia Koniordou

Lydia Koniordou’s name is synonymous with Greek theatre and ancient tragedy. In November 2016, Alexis Tsipras selected her as the new Minister of Culture. Koniordou says that after a long fruitful journey in theatre, she had come to a halt and was ready to start a new cycle. She is determined to stand up for those who, until recently, were her companions in the adventure of art and creation. “It is a privilege and an honor for me to now serve them and their needs from this post”, she says.

Koniordou took a bit of time to share her goals for Greece with POLITISMOS. We are proud to introduce our readers to the new guardian of Greece’s arts and culture.

You are the second actress after Melina Mercouri, leading this ministry. Your dual role and knowledge of the issues are considered an important advantage for the promotion of cultural issues. How difficult is the transition from the theater to the “other side” – that of public administration?

It is indeed an advantage. I feel this everyday, being surrounded by members of the artistic and creative family, companions in the same adventure for the last 40 years. It is a privilege and an honor for me to serve them and their needs from this post.

I had fulfilled a long fruitful journey in theatre and I had come to a halt, to consider how I would start a new cycle. I felt I needed to start from scratch. I was ready for this new chapter in my life and I will try to be worthy.

2016 was a year of turbulence for the Ministry of Culture. What is your forecast for this new year?

I strongly believe that every turbulence or crisis, even on a private or public issue, is evidence that there is an accumulated problem demanding solution. It is like fever in an organism. It should be a strong sign to start changing what has gone wrong, instead of being frightened.

We are very often afraid to change, and therefore, we avoid facing truth and finding creative solutions. And then, one day, necessity forces us to face it, often in a traumatic way. For decades, problems in the Ministry of Culture have been accumulating. There have been both positive actions in previous years as well as negligence and wrong mentality about public issues. The reasons are many.

A major factor is the political cost to undertake a necessary reform that would create reaction on the part of the voters. This is a hindrance. In order to overcome that, much courage and open dialogue is necessary. This government had the courage to open Pandora’s box and face the problems, and to allow everyone to see what was deliberately covered in the past, though known through rumors.

I have experienced this unhealthy atmosphere in the past. The general conviction that nothing can change, that there was no way to overcome this negative mentality that produced disappointment, especially in the young.

I strongly believe that this period offers a good opportunity to face at last what was pushed under the carpet and change for the good of the many. The world is changing and we must act fast in order to balance opposing forces and transcend conflict with dialogue, solidarity, synergies and necessary solutions.

What were your first steps when you took up duties?

I had to face four challenges simultaneously. I note that I had no previous idea whatsoever of this honored proposition from the Prime Minister. Plus I am not a politician. The Ministry of Culture and Sports is a very complicated and multi-layered ministry with many different sections. So,

That was a lot of work and it took three months until we were ready for our first announcement in the recent press interview.

“It is good to talk with action, not words”. This was your statement at your appointment ceremony. What are your priorities for 2017?

Our priorities are to:

You have recently stated that you wish to support youth creativity. How will you accomplish this?

Starting this Spring, we have announced a Young Creators Hub at the Megaron free spaces, where young creators from theatre, music and dance will have free access to rehearsal spaces. The result of their work will be presented at a platform for the audience and theatre people. This is extremely important, because young artists cannot afford to rent rehearsal spaces or theatres to present their work.

Additionally, we have announced the economic support of repertory theatres, both of the well-known category as well as the young experimental groups. This announcement was accepted with enthusiasm, because the support stopped in 2011.

Education in the arts is a major issue that needs research and cooperation. We will come to a conclusion soon. I believe it is necessary to bring education and educational methodology to a level necessary for the 21st century challenges.

One of the Ministry’s greatest challenges is the lack of resources. How will you deal with this issue?

Lack of recourses is a major problem not just for culture but also for all Greek society. It is the hope that despite difficulty, there are positive numbers for economic recovery that give us strength to continue. We try to make the best of every budget; we try to support what is creative, especially for the young.

We try to support the efforts of Greek culture to travel abroad. On the other side, the ministry along with the different regions absorbs European funds in order to promote archaeological excavation, restoration and research.

How important is openness in art? Can culture help Greece overcome the economic and social crisis and achieve sustainable development? Can the arts drive the chariot of tourism development?

As I mentioned before, Greece has major assets in its rich cultural heritage, the breathtaking beauty of the landscape, the ingenuity of its people and their hospitality, the high quality local products.

Culture can be the force that can dynamically combine these comparative advantages and bring new confidence, hope and prosperity to the Greek people who are now going through difficult times, due to the austerity measures. There is an increasing realization of this fact and we can join forces to achieve this goal.

There is an interesting example of the newly restored aqueduct of Eupalinos in Samos, a unique 6th century monument, which will soon officially open.

Your name is synonymous with ancient tragedy. What will you do towards its greater promotion?

The Athens and Epidaurus Festival is organizing international workshops on ancient Greek drama for drama students and graduates in Epidaurus; the National Theatre is organizing at Delphi master classes for young actors and theatre professionals in general; and the Attikon Theatre in Eleusis will hold seminars for university and college students as well as non-professional individuals who seek experience in ancient Greek drama. All three programs are international; they will run in during the month of July for three years.

In Thessaloniki there will be festival of experimental propositions from the southeast countries of Europe for ancient Greek drama, organized by the National Theatre of Northern Greece during the month of September for three years.

You have kept occupied with both theater and research even after your political appointment. In recent years, a major shift towards art has been observed, what does theater have to offer?

This a period that faces major changes and challenges globally. During times like these, there is a strong need for new ideas to help redefine the course of our common civilization. Art and culture are the meeting grounds for such reflection, thought and expression.

Moreover theatre is necessary today, more than ever. It was born in 5th century B.C. to allow dialogue, freedom of thought and speech, conflict of ideas, acceptance of the other. These are basic values we need today desperately, because democracy can never be taken for granted. It is a living system that needs nourishing and protection from forces that may use tools of manipulation and fear to turn it into a new kind of tyranny or futarchy.

Theatre through dialogue, inner and external conflict and action, dilemma and conscious decisions, poses questions we need to ask ourselves again, in order to transcend the old and form a new civilization. n

Lydia Koniordou was born in Athens. She studied English literature at the Athens’ University. She graduated from the National Theatre Drama School, in combination with parallel studies in music and dance. As an actress, she has interpreted major roles, both classical and contemporary, in Greece and abroad. As a director, she staged many ancient Greek tragedies, for the National Theatre, the Municipal Theatres of Larissa and Volos, the Athens Conservatory and for the Getty Museum in California. She has been awarded the Karolos Koun and the Critics Awards.

Koniordou has also taught at the National School of Drama, at the Theatrical Studies Departments of both the Athens and Thessaloniki Universities. She has also taught and directed ancient Greek drama performances at New York University, Binghamton N.Y., Oxford, and the Shanghai Theatre Academy.