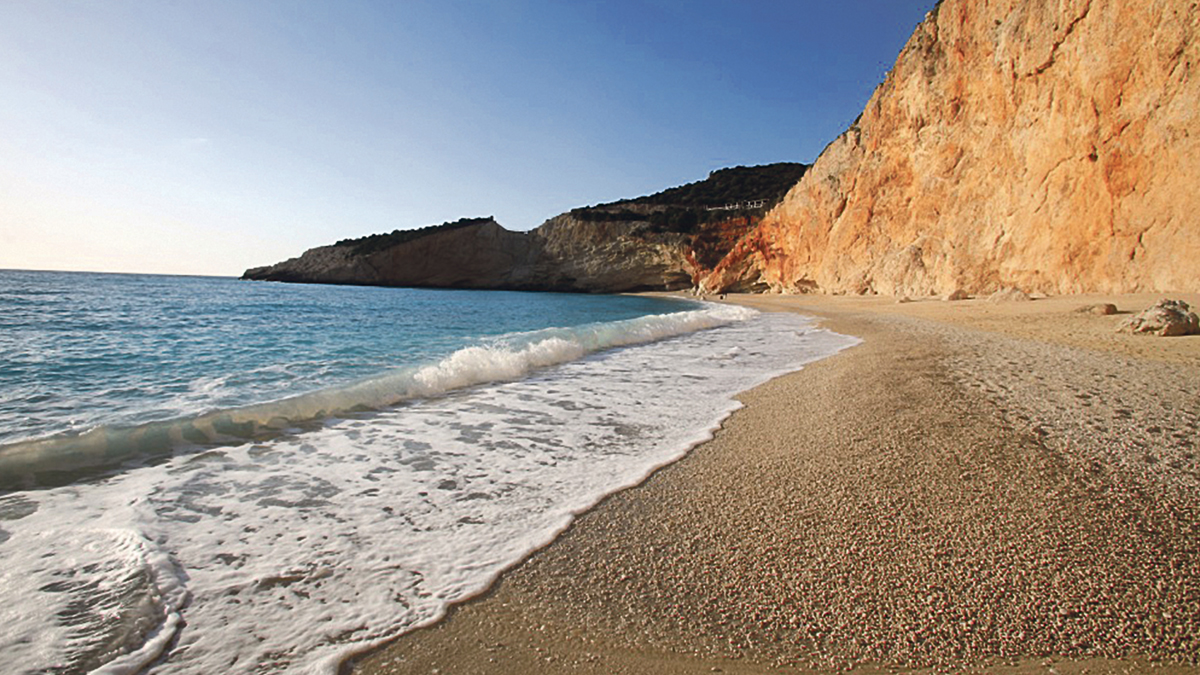 Just across the bridge to LEFKADA

Lefkada, an Ionian island on the west coast of Greece, graced with an amazing 73 mile coastline of azure blue Mediterranean waters…

I have always envied Lefkadians (I’m a Kefalonian myself)!

For me and all other fellow Ionian-islanders, who happen to live elsewhere, it’s usually played out like this:

Can you feel the injustice? An island on the west coast of Greece, of typical Mediterranean climate with hot summers and cool winters, with an amazing 73 mile coastline and azure blue waters, with small resorts and scenic villages, but conveniently connected to the mainland by a long causeway and a floating bridge. A small heaven at your reach!

The regional unit of Lefkada, divided into two municipalities (Lefkada & Meganisi), is part of the Ionian Islands complex. The municipality of Lefkada is further divided, into seven municipal units: Lefkada (capital city), Apollonioi, Ellomenos, Kalamos, Karya, Kastos, and Sfakiotes. The nearest airport to the island is the airport of Aktion, 15.5 miles to the north in the mainland, serving regular flights from Athens and numerous charter (direct) flights during the summer months. You can rent a car or take a taxi from the airport to the capital city. There aren’t any ferries connecting the island with the mainland, but there are ferry lines in between Lefkada (from the ports of Nydri & Vasiliki), Kefalonia, and Ithaca.

First things first, let’s talk beaches! There are many well-known, beautiful, sandy beaches on the island, such as Myloi beach in Agios Ioannis, (the only registered beach exclusive to kite surfers!), Kathisma, Nydri, Ammoglossa, and Mikros Gialos in Poros, but the most popular ones are Porto Katsiki, about 30 miles southwest of the capital, and Egremni beach a bit closer, at about 16.5 miles southwest. Unfortunately the latter suffered tremendous landslides during an earthquake, in November 2015, and is currently inaccessible to the public.

Apart from all the spectacular beaches, there are numerous other places of natural, historic, architectural and cultural interest to visit, like the medieval Venetian Castle of Agia Mavra (to the north of the capital city), the prehistoric city of Nirikos (about 1.2 miles to the west of the capital), the Cape of Lefkata (the westernmost point of the island), the Monastery of Faneromeni (near Frini), the Archeological Museum (in the capital), the Waterfalls of Dimosari (in Nydri), to name but a few!

Let’s also talk food, we simply must! You’re going to visit numerous little taverns and restaurants in the city of Lefkada and practically in every single town and village -do not leave out Sivota!  To try authentic local dishes, here’s what to ask for:

Bourdeto – a fish stew usually made with red scorpionfish or lesser weever.

Frygadeli – lamb or goat liver, wrapped in caul fat (although, definitely something to steer away from if you’re not a meat lover).

Maridopita – an actual fish pie made with picarel (not pickerel, a small European kind, Spicara Smaris, of the famly Maenidae), along with any other kind of pie you see on the menu!

Don’t forget to pick up at least one jar of thyme honey, a pack of lentils exclusively grown in the area around the village of Egklouvi, a pack of lathyri (chickling peas) and a pack of chickpeas from Karya, to bring back home!

Last but not least, a little bit of trivia: are you familiar with Patrick Lafcadio Hearn? Hearn, aka Koizumi Yakumo, was an lrish-American writer known best for his books on Japanese legends and ghost stories. He was the son of Surgeon Major Charles Bush Hearn (from County Offaly, Ireland) and Rosa Antoniou Kassimatis, a Greek of noble Kytheran decent. He was born in Lefkada, when his father was stationed there during the British occupation of the islands and was baptized Patricios Lefcadios Hearn (Πατρίκιος Λευκάδιος Χερν) in the Greek Orthodox Church.  The Lafcadio Hearn Historical Center, the first museum in Europe dedicated to him, opened at the Cultural Centre of Lefkada on July 4, 2014. It contains early editions, rare books and Japanese collectibles

Official website of the Cultural Centre of Lefkada www.lefkasculturalcenter.gr/en/home-page/