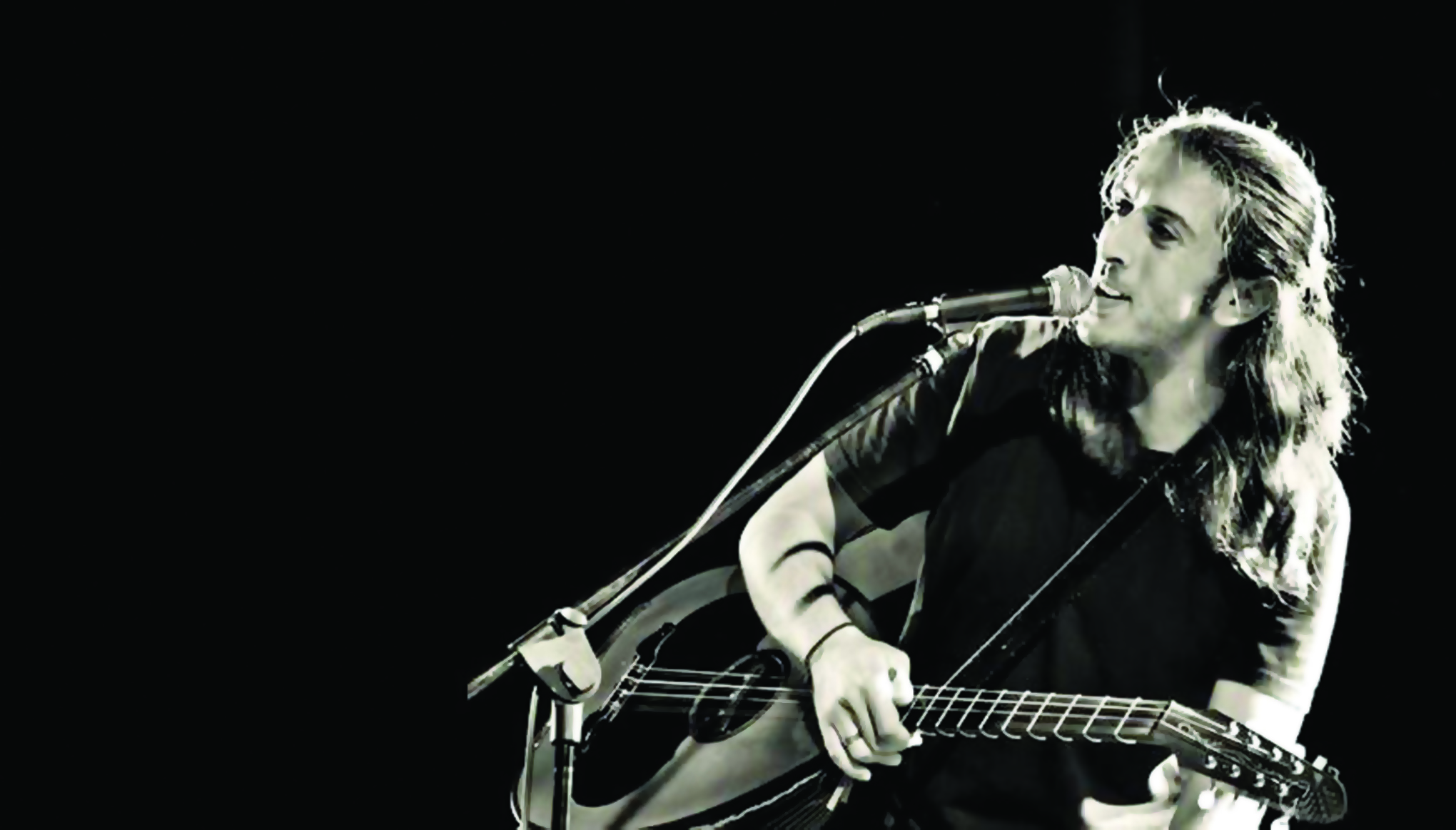 Giannis Haroulis is one of the most well-known modern artists of Greece. His work is a beautiful fusion of Greek folk and traditional Cretan blended with a bit of rock and modern sound.

Born just outside Lasithi, in the village of Exo Lakonia, Haroulis was first introduced, at the age of 6, to playing music by his father who was a sculptor.  It was at this time he learned to play the lute (laouto).  He studied traditional folk music and began performing in local festivals. In 2002, and only in his early 20s, Haroulis was invited by Christos Thivaios to perform at a tribute concert for Nikos Xilouris. The following year, he released his solo album Around Me and Within (Γύρω μου και εντός).

Three additional albums have followed Winter Flower (Χειμωνανθός) in 2006, Witchcrafts (Μαγγανείες) in 2012 and A Thousand Times Welcome-Live (Χίλια καλώς εσμίξαμε-live) in 2015. Witchcraft received a Golden Album Award. In 2011, he had the opportunity to collaborate with composer Stavros Xarhakos, a milestone for his career.

Haroulis cannot be categorized simply – he does not have only one style.  His talent, skill and diversity have found him success in many genres. He constantly experiments, searching for new sounds and stylization, but always with the influence of Cretan music as a background. He is one of the few artists who has successfully blended tradition and innovation and has been met throughout Greece with great excitement and enthusiasm at his performances.

Born 1965 in Rethymno, Crete, Stelios Mpikakis is a singer and composer known well for his ability to blend Greek folk and Cretan sounds.

Mpikakis began playing the Cretan lyra at the age of 14, and only a couple of years later he was performing at local festivals.  His love of music started at a young age, he would spend his time listening to music in his father’s shop.

Mpikakis, a truly gifted performer, is known not only for his mastery of the lyra, but also for his poetic skill in writing lyrics. He has written and collaborated with many popular Greek folk artists, including Yiannis Yiokarinis.

In 2001, Mpikakis recorded a song “Birthday” (Genethlia).  The melancholy lyrics greatly moved people, who wondered what pain could cause such pained lyrics.  Years later, the artist revealed that after learning his son had contracted a very rare disease, Mpikakis put his emotions on paper, eventually turning words into lyrics and giving “birth” to the song Birthday (Genethlia). “In this difficult phase of my life, I transferred to paper what I was holding inside of me. In the words I wrote my emotions. I did not mean it as a song.”

The song was later re-recorded by popular artist Notis Sfakianakis with Mpikakis’s consent and gratitude and became a hit not only in Greece, but in diaspora communities around the world.

Listening to the deep, emotional voice of Mpikakis will move listeners.  The sound, the words, the lyrics; from sorrow to joy, great highs to deepest lows, his music will take you on an emotionally powerful journey.

Giorgos Zervakis began singing as a small child, singing for his neighbors.  By the time he was nine years old, he began his formal musical training learning how to play the lyra.  His teacher told him that his studies were not just about learning how to play the instrument, but also how to serve music with morality and honesty – these were lessons he took to heart.

For more than 25 years now, Zervakis has performed throughout Europe and North America and has recorded phenomenal samplings of traditional Cretan music.  His known for his mastery of mantinades; innovate in his composition, yet traditional in his styling.  His music is infused with passion – as are his performances – composing from his heart and soul, and using his own life experiences as muse for his lyrics.

Friends and critics comment on his passion for traditional Cretan music and “young at heart” spirit. He often performs with a mischievous glint in his eyes, as if he has a secret he will unfold unto his friends who share the evening with him.

His enthusiasm is intoxicating and contagious with concerts often lasting into the early morning hours simply because he loves what he is doing and no one wants to bring the experience to an end! Recalling the lessons of his teacher, it is obvious Zervakis has, and continues, to serve his music well.