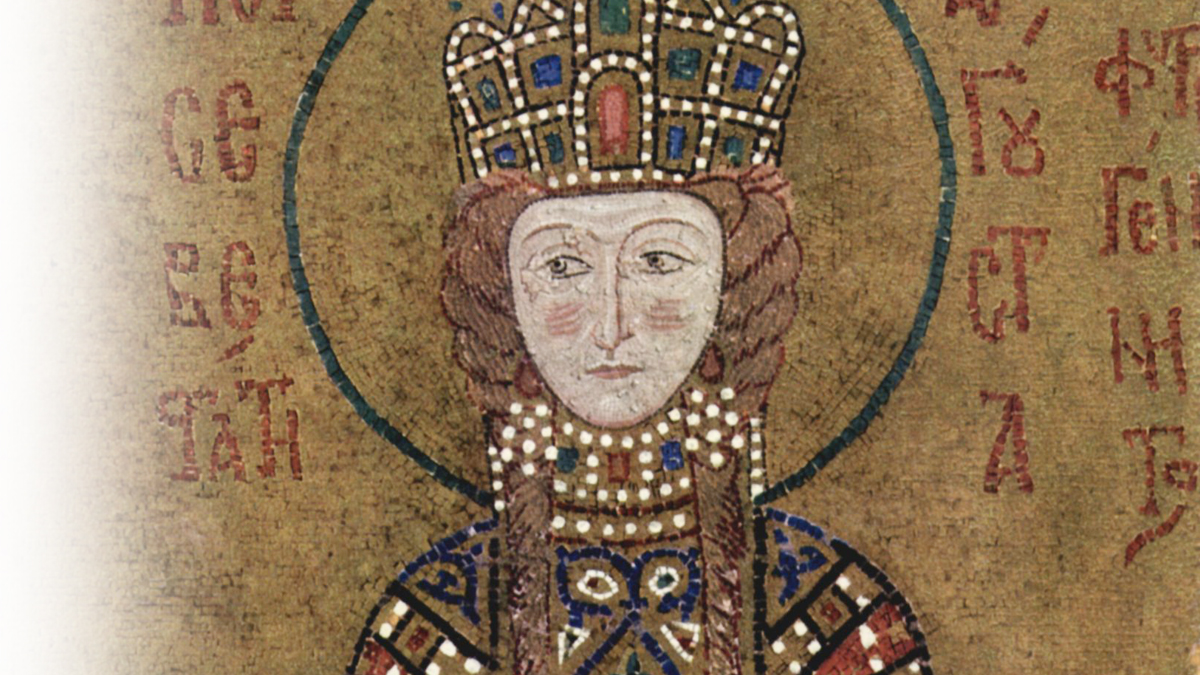 Was it common for the Byzantine Empire to have a female ruler? Certainly not. And Irene of Athens was anything but a common woman.

Born into an aristocratic Athenian family in 755 CE, the young Irene was well known for her exceptional beauty, which is likely the reason Constantine V chose her as a bride for his son Leo IV. Irene produced a male heir Constantine VI, but after her husband Leo’s death, Irene succeeded him as ruler of the Empire by neutralizing her opponents. This included killing her son by her own hands.

In 784 CE, Irene called for the first of two church councils in an effort to restore reverence of holy icons. In 787 CE, the second council was convened (formally known as the Seventh Ecumenical Council) in Nicaea at which the veneration of icons was reinstated; this council also reunited the Eastern Church with Rome.

Irene was one of the most dynamic and tragic personalities of the 8th century. Her personal ambitions corrupted the positive elements of her political choices. She tried to heal Byzantine society with a moderate policy on image worshiping (Iconoclasm), but she undermined those efforts with contradictions and poor choices. A disorganized defense of Byzantium greatly weakened her radiance.