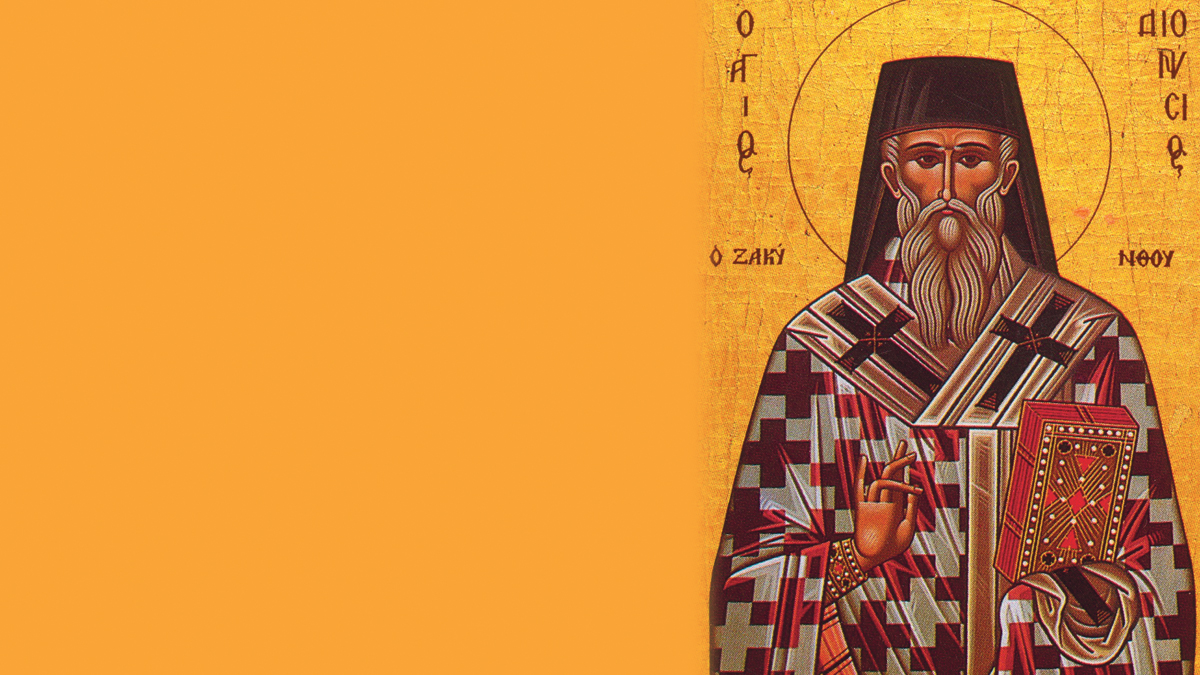 Saint Dionysius of Zakynthos is a profound figure of the Greek Orthodox Church. He followed a humble and spiritual path in life that later saw the recognition of his sainthood and the miraculous preservation of his body.

Despite being officially proclaimed a saint in 1703, to the people of Zakynthos he had already been perceived as saint for many years. Dionysius was also called the “Saint of Forgiveness” – his faith was so great that not only did he forgive the man who killed his beloved brother, he also hid him in the monastery from persecutors. As the story goes, the murderer was later said to have found great faith and redemption, later becoming a monk at the same monastery with St. Dionysius.

The Church which was built in 1948 is dedicated to the patron saint of Zakynthos, St. Dionysius. In 1953, after a destructive earthquake hit the island, the church was among the three buildings that remained intact, a symbolic occurrence for the local people. The bell tower of the church is the highest of the region and is quickly visible as one enters the port of the island. The interior of the Church is of impressive beauty, with frescos and icons contributed by the acclaimed painter Doxaras.

St. Dionysius is an important religious figure for the people of Zakynthos and the Church devoted to his memory is a major attraction for visitors. During the three-day celebrations people gather from all over Greece to honor the saint. The festivities come to a climax with the procession of the holy relics around the city of Zakynthos.