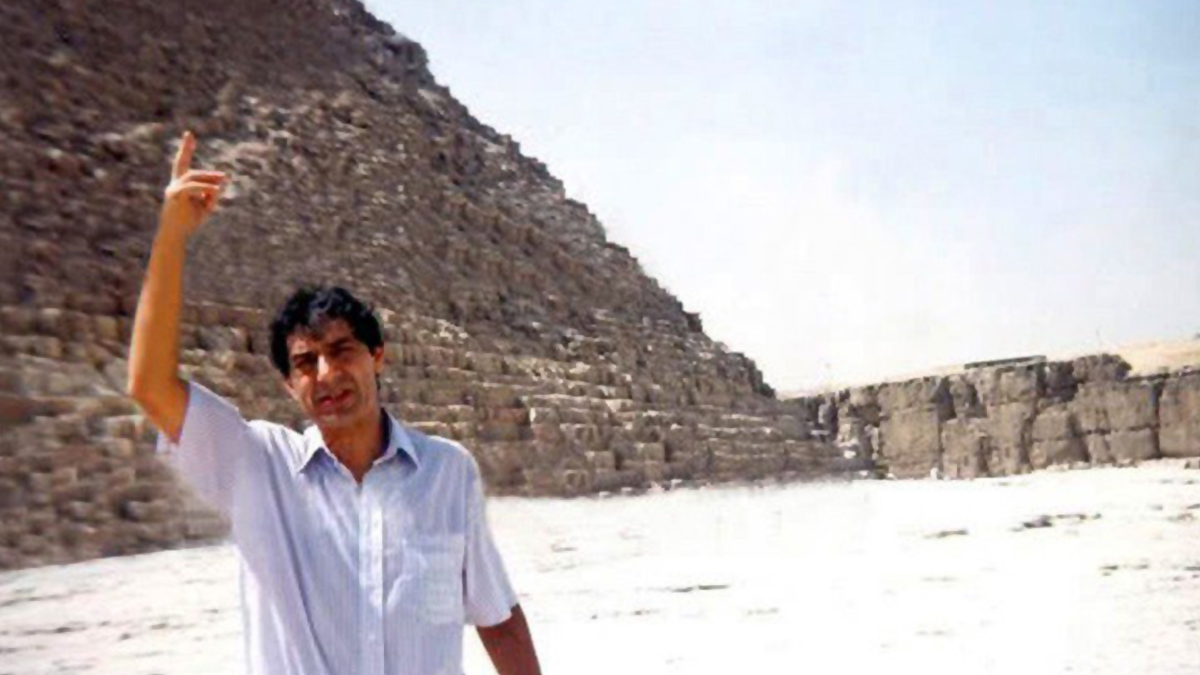 It was the first of June, 1998 when the renown philosophy professor Dimitris Liantinis left his house in Kifissia, heading to Taygetos with the intention of realizing a plan that he had been working on for years: to defeat death… He was never seen again.

For his students Dimitris Liantinis was a great teacher. A genius. An explosive scientist full of energy. For those who know of him only from his writings, he remains an important “new-minded” philosopher.

He was a passionate speaker on ancient Greek ideology, modern society’s value crisis, poetry and philosophy, but also about his timeless passion, death. “Death is the most important problem of philosophy. Philosophy is a study of death. One is certain, safe and absolute: that one day we will all die”, he used to say.

From an excerpt of the letter he left to his only child, Diotima, he wrote, “I am leaving because I want to. I stand upright, robust and proud. I have been preparing this step all my life, which among other things, it has been a careful study of death…. My last act has the meaning of protesting the evil that we adults are preparing for the innocent new generations that are to come… I will try the death of Oedipus. But if I can not stand up to the bravery that this way claims, and my body is found, burn it in a cauldron in Europe.”

His cousin Panagiotis Nikolakakos was the only one who knew where Liantinis was. Liantinis had told him, even drawing a map for him. He asked Nikolakakos to find him shortly after his departure, but not to reveal anything until seven years passed. So it happened in this way.

On July 6, 2005, Liantinis’ bones were found in a cave of Taygetus. Next to him, unused potassium ampules. “His whole life was a struggle to overcome the fear of death, to look at it fearlessly,” says journalist Dimitris Alikakos, who wrote his biography.

Despite the fact that the postmortem exam left unanswered the question on how he died, those who knew him are sure that the philosopher had drunk hemlock.

“I will die, Death, not when you want, but when I will”, Dimitris Liantinis wrote in his book “Gemma”. He was 56 years old, the same age as Empedocles (who he so much admired) when he ascended the Etna crater and disappeared.

His life and work

Dimitris Liantinis was born on July 23, 1942 in a village near Sparta as Dimitris Nikolakakos.

He graduated from the University of Athens Department of Philology in 1966. From 1968-1970 he served as a secondary school teacher in Molaoi, Lakonia, and in October 1970 he moved to Munich to work as a literature teacher in a Greek school.

From the time he was in school, Liantinis had always shown a special affinity for Greek philosophy and poetry. His great love, however, was nature. He was fond of walking in the mountains and the forests of Laconia – most of all he loved Taygetos, where he often climbed to fall into deep contemplation. He would sit under the shade of a tree and become gripped in the pages of his books and notes.