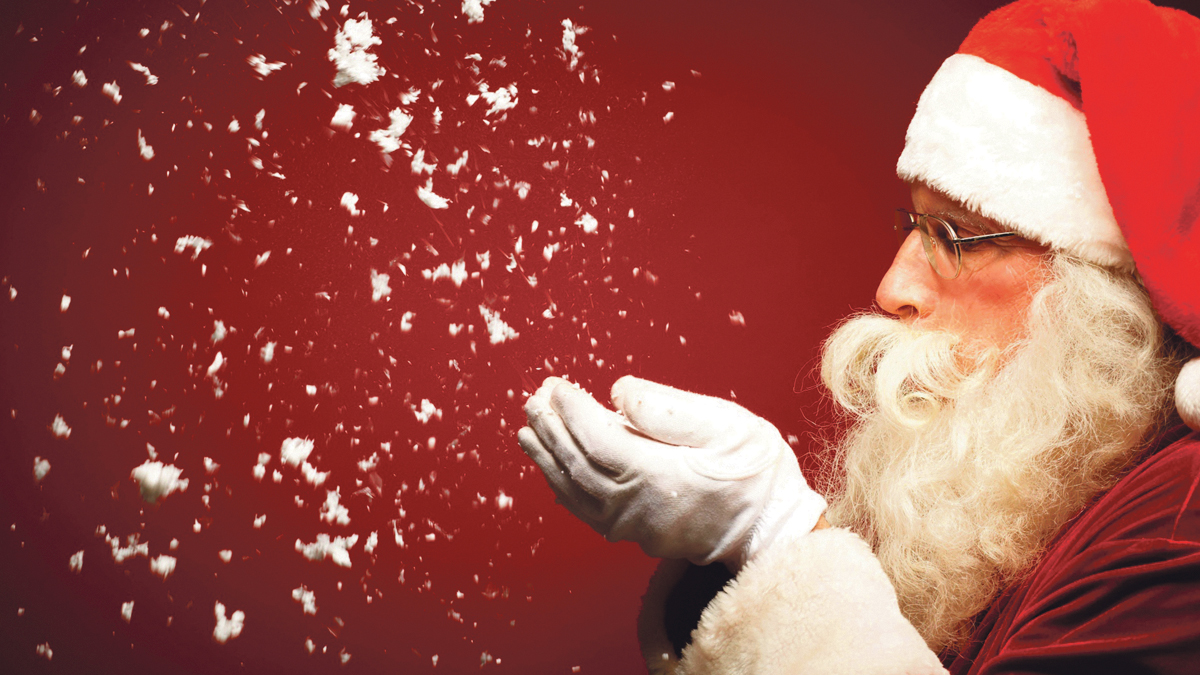 December…It’s the most wonderful time of the year!

December, the last month of the year, a time when people contemplate what has passed and what the future holds. Many of us spend some time alone to think about our achievements, our failures, and also our resolutions for the New Year. Throughout December there tend to be two prevailing sentiments. On the one hand, a feeling of melancholy for days gone by, while on the other hand an intense sentiment of anticipation for what is yet to come. It’s during this time we will make plans and regard the future through a lens of hope and optimism. December is the month when magic happens.

Apart from being a month of reflection, December is very much a month of celebration and magic, an indescribable time of the year. December brings to mind celebrations, images, sounds and pleasant smells of cooking. Festive decorations in red and gold, Christmas songs on the radio, children’s voices singing carols, the smell of stuffed turkey in the oven, grandparents stories at the family table, that is what the season is all about.

People around the world decorate their homes and, figuratively, decorate their souls so as to welcome what the New Year may bring. We open our hearts and prepare ourselves for new adventures to add in the scrapbook of life. No matter how someone feels about Christmas, it is an undeniable truth that “it’s the most wonderful time of the year,” just like the Andy Williams’ carol extols.

The season’s significance is without question, given the existence of so many distinct and diverse customs around the world.  Around the world, the Christmas and New Year’s Day holidays are celebrated, even if the nature of the celebration has changed over time. It’s quite fascinating to see how the holiday season has actually evolved in so many places around the world, often into a celebration that has nothing to do with religion. Even more remarkable is the array of festivities and how they vary from country to country, influenced by their own cultural traditions, giving the celebration a nuance of plurality and diversity.

In Greece, people start to get in a “Christmas mood” early in the month.  The 4th of December begins the annual three-day celebration of three Orthodox saints –  St. Barbara, St. Savvas on the 5th and St. Nicholas on the 6th – and ushers in the start of the holiday season. St. Nicholas is the patron saint of sailors and one of the most well known saints of Christianity. He was also deemed the patron saint of Greece – a country with an abundance of fishermen and seafarers – and patron saint of many Greek cities. As, according to figures, more than 320,000 Greeks are named after the saint (Nikolaos, Nikos, Niki, Nicoletta etc.) it is quite evident why the day is so widely celebrated!

Traditionally, it was on this day, December 6, when people exchanged gifts and decorated boats. Nowadays, few people have kept this tradition alive and decorating boats has given way to the western tradition of decorating Christmas trees.  There are, though, other holiday traditions to which Greeks have held steadfast, allowed to fade away, or simply adapted to enjoy in our modern times.

One such tradition that has not changed is the singing of the Kalanta.  On Christmas Eve, children go from house to house and sing the Christmas carols, the “Kalanta”, playing musical triangles (trigona) or flutes. They visit homes and businesses, knock on the door, and then ask for permission to sing the carols (Na ta poume? = Shall we sing?). After singing, they are rewarded with sweets or a small symbolic gift of money.

December 25 is not only Christmas, but also the day that Christos, Christina, Chrysa and others celebrate their Name Day.  As is the tradition that people host or attend Name Day parties, people will often celebrate first with their families and then go about visiting family and friends who bear these names.

Greeks look forward to family gatherings around the Christmas table. While turkey is widely known as a traditional Christmas dish in the United States and some European countries, it was not included in the Greek holiday menu until recent years. On the contrary, Greeks usually feasted (and still do), on pork, roasted lamb or fricassee (lamb cooked with egg and lemon sauce accompanied by greens).  The most traditional Greek sweets served at the holiday are melomakarona (sweet honey covered biscuits) and kourambiethes (powdered sugar coated biscuits). There are also many regional favorites, like kalitsounia in Crete and karkidopita in the Ionian Islands.

Also commonly found on the Greek Christmas table is Christopsomo (the bread of Christ) which is a special type of bread with a cross embossed on the top just before it is baked.  In many regions of Greece, it may be decorated with fruits, nuts or other grains.  Great care is taken in making the bread because of what it symbolizes, and only the household’s finest of ingredients are used to prepare it.

After the Christmas holiday, people begin preparing to bring in the New Year. On New Year’s Eve, children sing carols once again, going from house to house. In the Peloponnese, women prepare diples, a dessert most commonly served for the New Year celebrations. Diples are made from dough rolled very thin. The dough is then fried and “turned”. Finally, it is dipped in honey with crushed walnuts and cinnamon sprinkled on top.

During the day, women prepare a festive dinner and bake the St. Basil’s cake (Vasilopita). It is said that St. Basil, during a year of terrible famine and taxation, had baked a special cake that was cut and shared with the people of so as to return their fortunes to them. Today, the Vasilopita is a cake with a coin wrapped in foil on the inside (flouri).  After the stroke of midnight, in the first moments of the New Year, the head of the family cuts the cake in slices and gives to each person present in order of their place in the household. The person whose slice contains the “flouri” is said to be lucky for the entire year. Once the cake has been cut, people continue the celebration dancing, playing cards and listening to music.

And while most of the holiday festivities focus on religious celebrations, there are also cultural traditions celebrated during this time of year, many of which happen during the twelve days of Christmas.  From December 25 to January 6, people keep fires lit in their fireplaces so as to keep away the Kallikantzaroi, or Christmas goblins.  Folklore says that these goblins were small, ugly and harmless creatures that teased and taunted people, going about eating their food, during this holiday season. The Kallikanztaroi would enter houses through chimneys to cause their chaos, so people would keep fires lit for these twelve nights to keep the little demons away and preserve peace and the holiday spirit inside.  Nowadays, in many villages people keep the fires going for the twelve days of Christmas, though it is more likely due to the cold weather, rather than because of the Kallikantzaroi!

While keeping evil out, it is just as important a tradition to keep good fortune within.  One such custom is practiced on January 1 when people will break a pomegranate outside the front door of their home.  In some areas of Greece, when the pomegranate is not available, they will use a fruit called “skylokremmyda” which looks like an onion. The pomegranate, which symbolizes abundance, fertility and good luck, is often hung on the front door throughout the month of December and then crushed as the New Year is brought in.  Usually, a child of the family will crush the fruit and then must enter the house with the right foot first to ensure bringing in the good fortune.

The twelve days of Christmas comes to a close with the celebration of Epiphany (Theophania) on January 6th.  Epiphany, when the waters are blessed, is a very important holiday for a country that has more than 1600 miles of coastline.  It was once the tradition that on the Eve of the Epiphany children sang the carol of Theofania.  This custom has mostly faded now from popular culture but can still be seen in some villages.

On the morning of Epiphany, people gather to witness the local reverend fathers bless the waters.  A priest will then throw a cross into the waters (usually the sea, but many blessings are held at other large bodies of water). Instantly, young people (traditionally young men, though now more young women are participating as well) dive into the cold waters to retrieve the cross which is said to bring luck to the person who finds it first. The diving for the cross is a strong tradition and those who participate feel a great honor and a blessing to be a part of this great celebration.

Greeks have always honored the customs passed down by their ancestors. And though it is evident that holiday celebrations in Greece have been influenced by the western festivities, sometimes seeing an end or change to old local customs, Greeks have always kept true to the real spirit and intent of the Christmas holidays and the most wonderful time of the year.