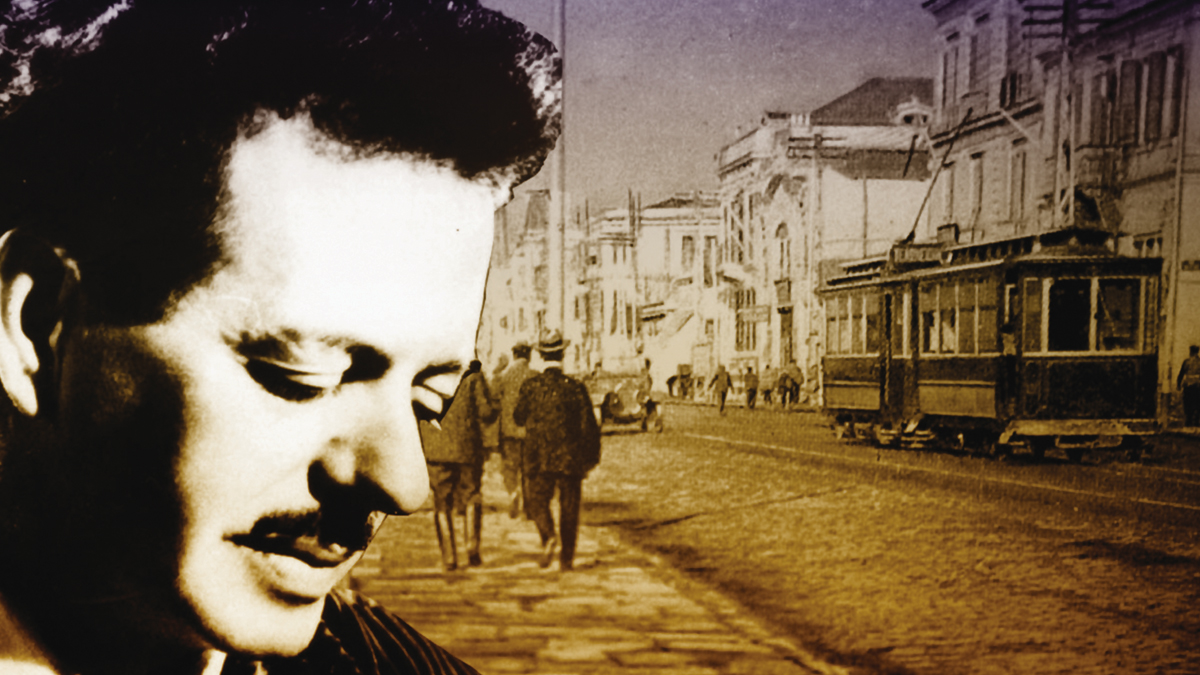 Vasilis Tsistanis was songwriter and bouzouki player. At the age of 15, he wrote his first song, the first of hundreds he would write during his professional career. One such legendary piece was “Synnefiasmeni Kyriaki” (Cloudy Sunday), inspired by the dismay he felt after German troops arrived in Greece in 1941 and incidents he witnessed thereafter.

The following quote is from an interview entitled “S. Gauntlett: An interview with Vasilis Tsitsanis.” published, in the Spring and Summer of 1975, by the Hellenic Society of Melbourne, Australia:

“The occupation was for me an inexhaustible source of inspiration. It was the great bridge on which the Greek popular song stepped on and took off. It was the period when there were no differences and distinctions and everyone, rich and poor, arms together, were singing my songs. Even “Synnefiasmeni Kyriaki (Cloudy Sunday),” which I actually recorded in 1949, was an inspiration during and from the occupation…. The Germans and the Italians had occupied the premises of the record producing factory building and had destroyed all recording equipment. That is why the first song records came out at least 18 months after our liberation.”

Tsitsanis was born in Trikala, Thessaly on January 18, 1915 and passed away at the Royal Brompton Hospital in London on the day of his 69th birthday, January 18, 1984. He is hailed as one of the greatest contributors to Modern Greek music.

in which I lost my joy.

you make my heart bleed.

When I see you that rainy,

I can’t rest even for a moment.

You make my life black

and I deeply sigh.

**Note:  The Hellenic Society for the Protection of Intellectual Property (AEPI) has declared Tsitanis as the lyricwriter of Sinnefiasmeni Kiriaki at 80% and Alekos Gouveris at 20%.