Politismos eMagazine | Central Peloponnese: Where Do We Go from Here?
6213
post-template-default,single,single-post,postid-6213,single-format-standard,ajax_updown_fade,page_not_loaded,,large,shadow2 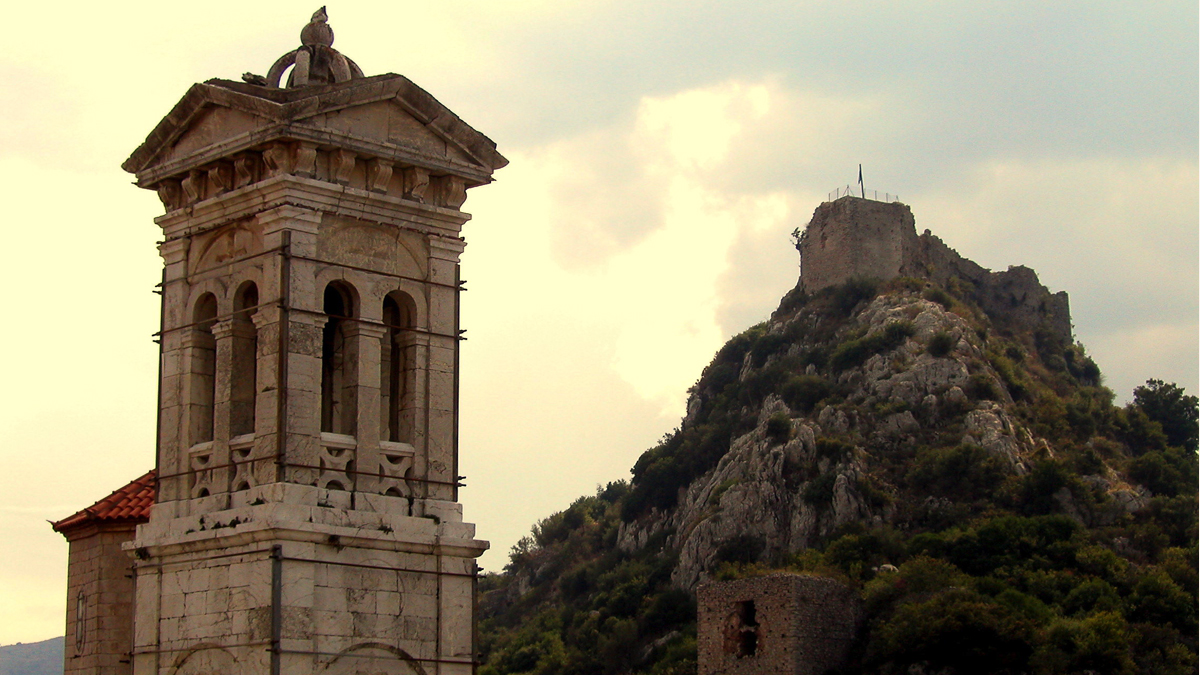 Central Peloponnese: Where Do We Go from Here?

Lounged in valleys or strewn on mountain slopes, the historic villages and rural towns of central Peloponnese are a hidden treasure, often missed by casual travellers. For those who wish to be put through the grind and resist the spell that is a Greek isle in the summer, they are a revelation. Whether it be the latest trend in winter-sports locations like Vytina, a foodie’s paradise like Leonidio, or a quaint traditional settlement like Karytaina, it will definitely be worth the ride!

Reported by Herodotus as the battleground of the Titanomachy, the modern city of Megalopolis (20.4 miles from Tripoli) lies above its ancient grounds founded between 371-368 BCE.

Known, in industrial modern times, for strip-mining and the lignite-fired power plant operating since 1969, Megalopoli’s rich peat deposits were the reason for Herodotus’s account: turf is extremely prone to catching fire in summer heat and can scorch the ground for days—Zeus is supposed to have slain the Titans with lightning bolts!

One of Megalopolis’ most famous archaeological sites is the Ancient Theatre of Megalopolis that could hold about 18,200 people (probably the biggest of the ancient world).

54.5 miles from Tripoli, just across Spetses, Leondio itself has a prominent maritime culture. It is a lively town that poses architectural interest, featuring traditional neighborhoods with tiled-roof houses and 1800’s mansions with elaborate front doors, painted ceilings, and embrasures (meant for protection against the pirates).

The beautiful nearby beaches and the abundance of local delicacies add to the reasons why one should visit. Tourism reaches its peak at Easter time and during the Eggplant Festival at the end of August.

To the north of Megalopolis, 39.8 miles from Tripoli, we find Dimitsana, the hometown of Paleon Patron Germanos (Germanos III of Old Patras). The captivating little village features traditional stone houses with red-tiled roofs, perched in cobblestone streets that make it hard for visitors to remain uninterested or disenchanted.

Many of the houses are now renovated and have been turned into charming guesthouses. The landscape turns even more quaint during the winter, when snow and fog add to the scenery and the crisp air swells with the smell of fir, burning fireplaces, and mountain tea.

6.5 miles to the south of Dimitsana, we find Stemnitsa. The houses have large arched windows and wood-burning stoves with chimney pipes, surrounded by old-fashioned wooden chairs.
The Senate Café, located at the central square, has taken its name from the fact that Stemnitsa was indeed the seat of the “Peloponnesian Senate”, the provisional regime founded at the St Nikolaos Kaltezos Monastery during the early stages of the Greek War of Independence (the seat moved to Stemnitsa on May 27th, 1821). The café has been around since 1870 and it’s the best place to enjoy Greek coffee with a piece of orange pie.

To the south of Stemnitsa towards Karytaina—all the way from Kaloneri to the north of Dimitsana—stretch the entire 14.3 miles of river Lousios, one of the most spectacular rivers in Greece.

Lousios got its name from the ancient Greek verb “λούω” (to bathe) because nymphs bathed new born Zeus in its waters. Visitors can brave a dive into the river’s ice-cold waters during summer, while the rest of the seasons are ideal for rafting.

River Lousios forms a deep, narrow gorge that is a very popular hiking location. It is approximately 9.3 miles long, from north to south, and 1.2 miles wide.

The village of Karytaina, seated upon the ancient hill of Vrenthe (18.1 miles from Dimitsana), was declared a protected post-byzantine settlement in 1978. Its stone bridge above river Alfeios was built by the Franks in the late 13th century.

Much like the infamous stone bridge of Arta, the myth holds that human sacrifice of a Frankish princess was deemed necessary for safe foundation. Today, only three of its original five, uneven arches—as depicted on the old 5,000 drachmas note—remain, while a tiny temple dedicated to Virgin Mary lies within one of the supporting pillars of the 164 feet-long bridge.

Another traditional settlement, Vytina (12.7 miles to the northeast of Dimitsana), lies at the foot of the slope of Mt. Mainalo. Its red stone-paved central square is usually gleaming under the sunlight while the small busy alleys around it are a foodie’s paradise: “hylopites” pasta, vases of golden fir honey, fresh and dry oregano bunches, and lavender sachets fill up busy stalls and traditional grocery stores.

The village is the largest in the region with big hotels and luxurious chalets built in the outskirts to accommodate skiers, and hikers all year round. If you’re not into sports, the local taverns baking all sorts of traditional stews are the next best thing.