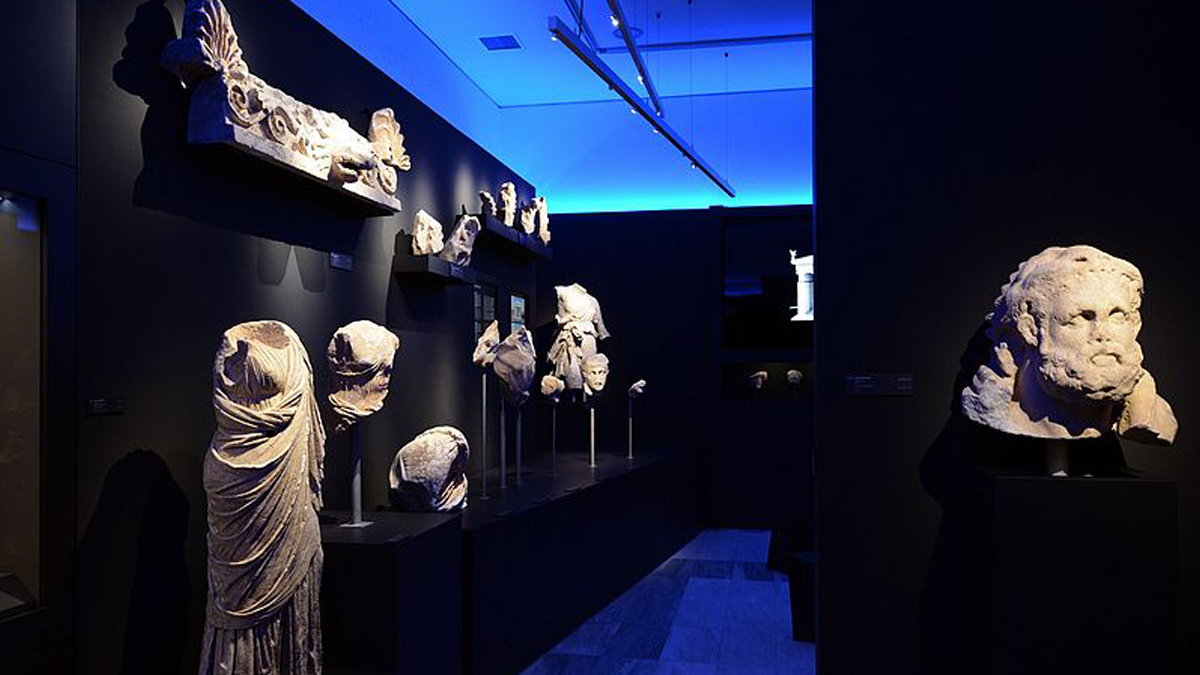 Aleus, the legendary king of Tegea, was descendent of King Arcas, son of the god Zeus and his paramour Calisto. Aleus was the founder of the cult of Athena Alea and builder of her temple in Tegea. The sacred land that he dedicated to the goddess would be donated several thousand years later, in 1906, to the Archeological Society of Athens with the intent to build The Archaeological Museum of Tegea.

Opened in 1909, the Archaeological Museum of Tegea stood as a proud monument to the history of its area. Small and mighty, this Museum endured great challenge. Severe structural damages in the 1930s, treasures buried and hidden from the Nazis in the 1940s, and burglaries of famous antiquities in the 1980s. The much beloved Museum though, flourished. In fact, in by 1998, stolen antiquities would be returned, including the head of Ascelepius. An intense seven-year project to redesign the Museum would begin, and by the time completed in 2014, it elevated the Museum’s status to one of the finest in Greece.

The new Tegea Museum boasts glorious antiquities, modern exhibition specifications and enhanced technology, to allow even visitors around the world to their website and experience the history of this place. Four galleries offer insight to the Neolithic through Hellenistic periods of the area. From simple beginnings, through the Geometric era and into Roman times, Tegea had a significant role.

The Museum’s website, one of the best, this writer believes, for a historical museum in Greece, includes interactive maps, a virtual tour of the Museum, information on the various internationally-led excavations/studies (including German, French, American and Norwegian) and an overall history of the area and how it relates to Ancient Greek history, in general.

A well-produced video details the history of the new temple that was built in the 4th century BC, a work of the famous architect Skopas. Highlighting his attention to detail and artistic expression, as well as use of Corinthian order, the temple is truly innovative. Temple fragments were discovered in the early and mid 20th century and are part of the exhibit at the Museum.

In 2016, the European Museum Forum acknowledged the outstanding achievements of the Archeological Museum of Tegea, noting that, ““the museum uses the rise of the polis, the city-state, as its central theme; it has placed the visitor at the center of its thinking with integrated, state-of-the-art electronics, offering a coherent interpretive strategy and a clearly structured narrative.”

To learn more and plan your trip, visit:
www.TegeaMuseum.gr