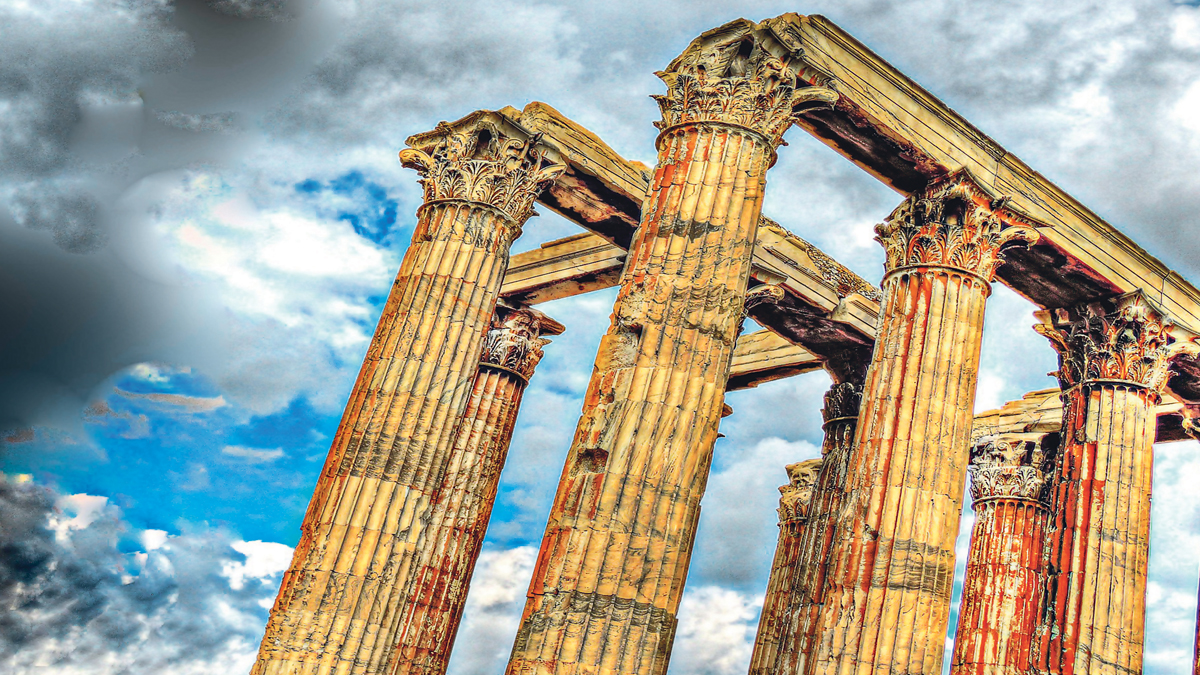 It may be a well-known fact that the Ancient Greeks were almost constantly at war – they considered battle a necessary evil when peace was not possible. However, Ancient Olympia was a special “theatre of war”, a field of competition among the Greeks where no blood was shed….

The ancient site of Altis (as Olympia was called in antiquity) lies in the sublime valley of the Alpheios River in the western Peloponnese. Olympia was originally dedicated to Zeus, the Father of Gods, and is still known today for the most important athletic event ever held in the world, the Olympic Games.

Before being transformed into the most significant religious and athletic center in the Greek world, Olympia was a sanctuary where prehistoric cults and rites flourished; archaeological evidence reveals human presence dating back to the 4th millennium BCE.  The earliest sanctuary dedicated to Greek deities would be established much later – sometime during the 10th century BCE. The idea of Panhellenism had been created a few centuries prior, assuming a more tangible form in the Olympic Games.

In 776 BCE, a monumental occurrence took place in the grove of Altis: the first athletic games in honor of Zeus. Offerings such as weapons, tripods, statuettes and painted vases show the evolution of the site into a national gathering place. Soon, the quadrennial religious and athletic festival acquired a Panhellenic character with participation of the vast majority of the mainland Greek city states as well as Greek colonies from the Mediterranean basin to the Black Sea. Messengers traveled throughout the Greek world announcing a truce (ekecheria); every conflict should cease and would then, metaphorically, be transported in the “battlefield” of the athletic competitions.

Ancient Olympia is home to some of the most beautiful monuments of the ancient world. The temple of Zeus and Hera as well as several temples dedicated to other Greek deities and heroes, along with altars, athletic facilities and hostels are set within the shady forest of oaks, pines, planes, poplars and olive-trees. The site continued functioning during the Roman and early Christian years until Emperor Theodosius prohibited all pagan festivals in 393 AD. Sadly, in 426 AD the sanctuary was completely destroyed.