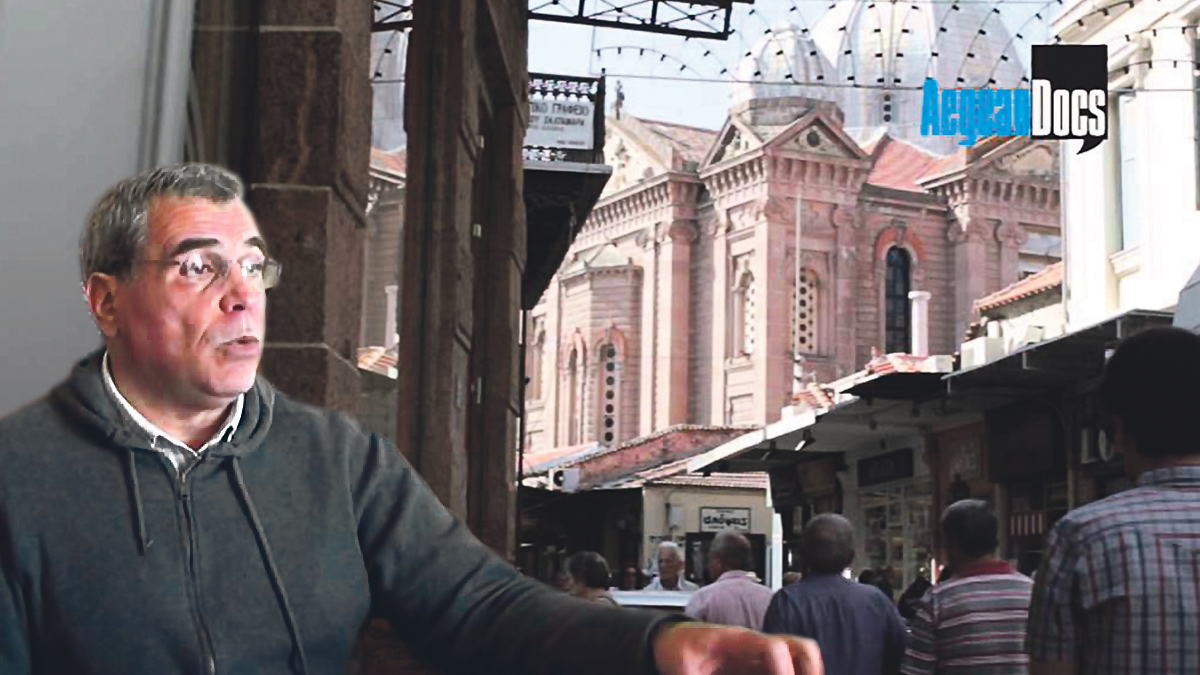 AegeanDocs, founded in 2013, is an international documentary film festival held annually throughout the 11 Aegean islands of Greece. The Festival aims is to introduce and promote documentaries while creating an international forum on emerging media and information technologies.

Antonios Achoulias, culture feature writer for Politismos, had the opportunity to speak with festival director Kostas Spiropoulos shortly after the successful event held on Lesvos this past September of 2016.

Q.This year’s AegeanDocs Festival saw a single topic chosen: the refugee crisis and marginalized groups. Why this one theme instead of a wider spectrum of topics?

In previous years, the Festival hosted a wide spectrum of topics and activities. The reason that this year only one subject was chosen is simple: in 2014, our budget was 44,000 euros, whereas for 2016, our budget was reduced to 19,000 euros. So, to host more topics, more resources would be needed. Most people working at the Festival are volunteers. I should add here that a vital part of our budget came from the European Union’s Structural and Cohesion Funds for Refugees and Minorities.

Q.Against the backdrop of the refugee crisis, did this year’s festival reflect the concerns of a more sensitized audience?

Well…the response and turnout of the audience was better than expected! Every year the artists and the audience interact with more enthusiasm with every aspect of the Festival (films, education projects, music).

Every director or producer needs the space and the freedom to express their internal concerns in their work. AegeanDocs provides that opportunity to every artist and to each member of the audience.

Q.How did locals react to the festival? What about the reaction of refugees/immigrants on the islands?

The reaction of the local audience was more than positive. It was really thrilling to see people applauding the team of Spanish filmmakers for three minutes! They couldn’t even speak because of the intense emotion.

And the moment when a Syrian mother read a poem in order to express her gratitude to the people of Lesvos was powerful as well. Emotions overran…

Q.Do you think that Lesvos, as a symbol of the refugee/immigrant crisis, was one of the reasons that both the artists and the audience reacted in such a positive way to the festival?

To tell you the truth, the motivation of the artists and the audience differ. Most filmmakers coming from abroad receive a sum of money from their home countries in order to create a film. That means they already have the motivation they need to participate in the festival.

The audience is motivated by a more curious and sensitive spirit. They just need to interact with these projects concerning human rights, portraits of artists and the history of different cultures.

Q.Tell us a bit about the 2016 participants and winners.

There were more participants in 2016 than in previous years. The film Touch of an Angel by the Polish maker Tomasz Pawlowski and The Silvered Water by Wiam Bedirxan (France) and Ossama Mohammed (Syria) were awarded first prize.

The Longest Run by Marianna Oikonomou (Greece) and Next Stop: Utopia by Apostolos Karakasis (Greece) were on the list too. A greater variety of countries meant a difficult job for jury members! There were alot of good films to choose from this year.

Q.Can you tell us a bit about the “international” goals of AegeanDocs – is it in theme or in filmmakers?

The aim of the jury members was not only to reward Greek filmmakers but international as well. It is not just a Greek film festival but an international event. And recognition went to both wellknown, and lesser known, artistsl The overall goal of Aegean Docs was to raise awareness of the contemporary Holocaust that is going on in Syria among both a local and an international audience.

Q.What impact has AegeanDocs Festival had abroad and how does the local population of Lesvos see the organization?

AegeanDocs is already a way of life for the local people of Lesvos. The Ministry of Culture and the local authorities embraced the Festival from its first beginnings in 2013.

The contribution of volunteers from around Greece and from abroad has been vital as well. Additionally, the European Documentary Centre expressed a lively interest inpromoting the festival in other European countries.

And this year we had 476 participants from around the world – imagine that!