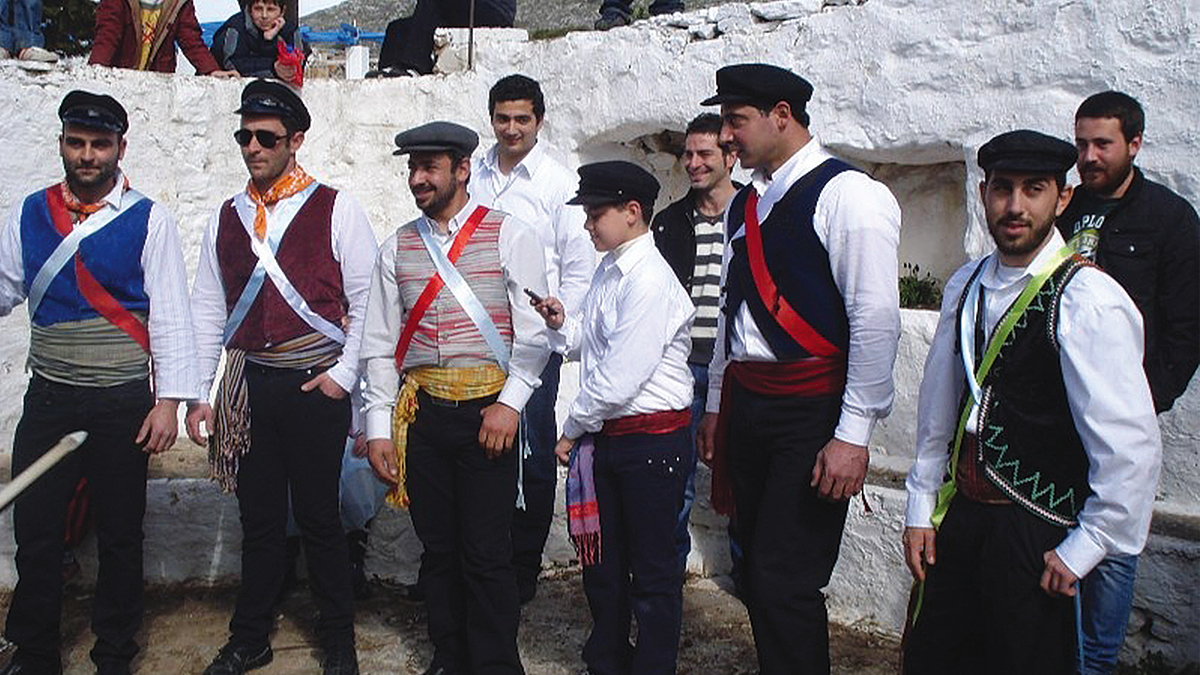 Apokries & The Captain – Celebrations on the Cycladic Island of Amorgos

Apokries, literally it means “without meat”, but this festive time of year is about so much more… It’s a time for celebration, excess, joy and laughter. And on the Cycladic Islands, the Apokries Carnival honors the rich tradition with its own unique flare and customs!

Apokries is celebrated in the days before the Great Lenten period that precedes Pascha. There are many similar festivities throughout Greece, like masquerade parties and festivals, dancing and song. But many towns and villages throughout the country have their own distinctive celebrations. The Cycladic Islands have some especially memorable traditions, some of which blend history and festivity for a unique experience!

On the island of Amorgos, in the village of Kato Meria, each year, villagers celebrate “The Captain”. Young men gather in the village square, dressed in regional costumes, or black and white with vestments decorated with colored ribbons, reminiscent of sailor’s clothing. When all have gathered in the square, the village priest throws one of his holy garments in the air, and the young man who catches it as it falls is deemed “The Captain”. It’s considered a great blessing, and a “romantic charm” as the climax of these festivities includes the Captain revealing his “secret love”!

Children sing, delicious foods flow and everyone anxiously awaits for the Captain to declare his paramour. As the procession and festivities die down, everyone gathers for the climactic moment… The Bairachtaris, or Captain’s guard, who has faithfully followed the Captain, holds a pole with two loaves of bread at the end, along with a block of cheese and piece of dried codfish. The pole is a symbol of the Greek revolution against the Ottoman Empire.

Finally, the moment arrives! The Captain proclaims his love, reads her a poem and asks for a dance. While this may be the moment that ends the Captain’s story, it is also the moment that kicks off the evening’s merriment!   Together, the villagers sing and dance into the wee hours.