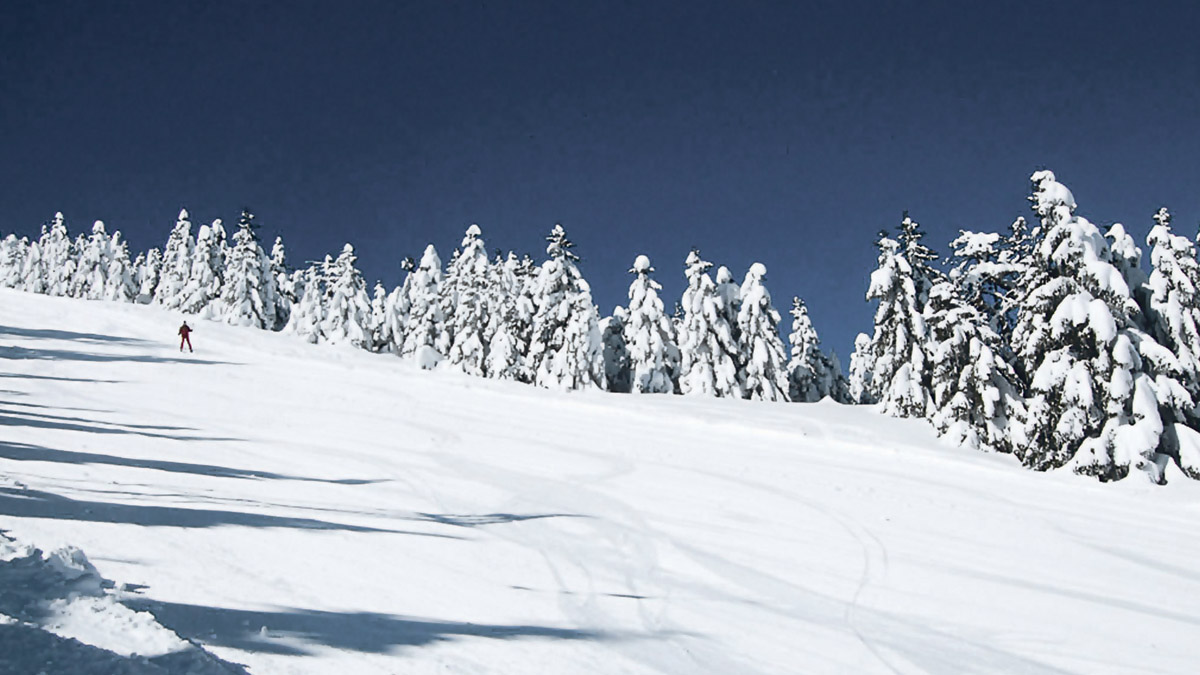 The Impressive and Abundant Mt. Mainalo, a Utopian Land

Mt. Mainalo with an altitude of 6,496 feet occupies the center of the Peloponnese and the greater part of Arcadia’s western side. It extends from Tripoli to river Lousios, to the west, and from Megalopolis to river Ladonas, to the north. The purely mountainous area is approximately 172,974 acres so Mainalo is considered one of the most extensive mountain ranges in Greece!

The landscape features dozens of peaks and ravines interchanging with pastures and plateaus. It is complemented by springs and streams that form some of the largest aquifers in the Peloponnese. A magnificent fir forest extends into about 65% of the mountain balanced by oak, pine, and cedar clusters. There’s a wide variety of shrubs and herbaceous plants, and flowers at the plateaus form breathtaking, rich lawns. Since 2011, Mainalo is included in the European Natura 2000 Network and is a designated Special Area of Conservation.

Mainalo has been the home of several gods and heroes of Greek mythology, like the goddess Demeter, and Pan, the goat-footed god of flocks and shepherds. It was also believed to be occupied by many wandering Nymphs. Its abundant nature inspired Goethe, Virgil, and Poussin, to name but a few. According to Virgil, Mainalo “always echoes with shepherds’ love songs and Pan’s flute” while Poussin depicts a pastoral scene, with shepherds clustering around an austere tomb, in his famous painting “Et in Arcadia Ego”. The translation of the phrase is “Even in Arcadia, there am I” and the usual interpretation is that “I” refers to death, while “Arcadia” means a utopian land, inspired by Mainalo and the pure, idyllic, rural, mountain life.

Livestock has always been integral to the subsistence and economy of the local communities and large goat herds have been grazing the slopes and pastures of Mainalo, from antiquity to the present day. The bucolic but rugged setting has shaped the character of its people. They are patient, proud, calm with a unique spirit and ethos, and in no way submissive. In crucial and critical periods of Greek history, they were known to have resisted and fought with passion and abnegation. Mt. Mainalo has been the cradle of many revolts and battles during the Greek Revolution, between 1821 and 1832.

The European E4 walking route (aka E4 European long distance path) that includes Vytina, along with many more trails, attracts hikers and climbers from all over the world. The most interesting routes are the crossing of the gorge of River Lousios, the trail from Tripoli to the col of Alonistena and Vytina, and the trail of Arkoudorema between Piana and Libovisi (the place of origin of Theodoros Kolokotronis).

During the winter, snow-draped peaks and slopes convey spectacular views and are ideal for winter holidays and sports. Ostrakina, the area right below Mainalo’s homonymous highest peak, is a famous shelter and ski resort. The village at the junction of Stemnitsa and Elati, built in earlier years, is a designated tourist establishment, while Vytina, Levidi and Dimitsana also feature modern facilities and are well-known for their amazing hospitality.

All photos are courtesy of the official site and Facebook page of Mainalo’s Ski Resort:
www.mainaloski.gr